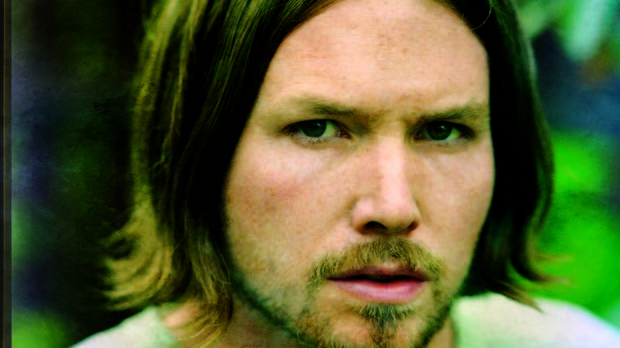 When you live next to Harmony Korine some unconventional ideas can creep into your head. So when Brent Stewart was thinking about making a chamber-piece drama on 35mm and shooting the whole thing with little to no camera movement he went to his famous filmmaking neighbor for some advice.

“I knew it would be a challenge to pull off because even Harmony said to me, ‘Man, that’s risky.’”

But, The Colonel’s Bride, Stewart’s debut feature, is an intimate look at loneliness, old age and death with striking photography, a haunting score and a stirring lead performance that shouldn’t be missed. In the film, we follow Bill (character actor James DeForest Parker), a Vietnam vet who awaits the arrival of his mail-order bride (Alicia Truong). With a regular diet of booze and cigarettes, Bill is a grizzled guy from a different era. Though Stewart doesn’t delve into the pain in Bill’s eyes, it’s obvious he’s seen a lot in his life and is still digesting it all; and by the time he’s content the end is suddenly upon him.

For Stewart, 35, the creation of Colonel’s Bride is a culmination of years struggling in the avenues of fine art and photography. Searching to find “comfort in narrative stories,” he attended Rotterdam’s CineMart when he was selected in 2007 in hopes to get his footing in the film world. “I was meeting with production companies from all over the world, but they were like, ‘Let’s make a film in Belgium.’” Frustrated, he went back to Nashville and began making shorts, including the ’09 Sundance entry The Dirty Ones. Then last year he scrounged enough money through a mixture of sporadic jobs, selling his still photography and working as a second-unit director for one of Korine’s Liberty Mutual commercials (where he met Parker) to make Colonel’s Bride. He also obtained his 35mm film through short ends his AC got from shows like Lost, Grey’s Anatomy and the movie Gran Torino. “Economy of means,” is how Stewart describes the making of the film. But soon after filming it seemed his hard work would be for naught. Rejection letters from festivals began to pile up, including Sundance, SXSW and Rotterdam. Stewart, however, took it in stride. “The Colonel’s Bride is a different kind of movie,” he says. “It’s not mumblecore, it’s not hipster, but that’s why I made it. I wanted to go back to basics.”

Finally in April the Sarasota Film Festival premiered the film followed by the Nashville Film Festival, where it received a jury prize. Variety critic Joe Leydon was impressed by Parker’s “controlled but compelling mix of sad-eyed courtliness and alcohol-fueled self-loathing,” calling it a remarkable lead performance. Stewart hopes to ride this momentum into the fall festival season.

Stewart also hopes The Colonel’s Bride will shine a light on the film scene in Nashville. Along with Korine shooting his latest film, Trash Humpers, there, Stewart and his friends are also producing films in the area through the company they started, Nomadic Independence Pictures. Having already produced Bride and three other features in the last year, they’re currently prepping the next film by Michael Tully (Silver Jew, Cocaine Angel). “We’re able to do things here that are difficult elsewhere,” Stewart says. “And it’s just great to collaborate with friends that you trust.” — J.G.