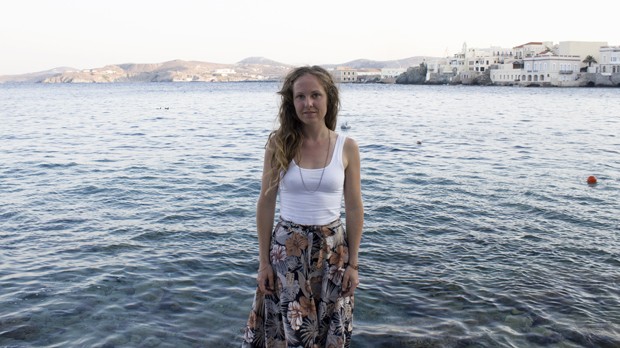 The first seeds of Tired Moonlight came to Britni West while she was looking for a place to live. “I was touring apartments in Minneapolis,” West recalls, “and these two women who were living together in a strange, dark apartment invited me into their home.” The Slamdance Grand Jury Prize winner and New Directors/New Films selection subsequently bloomed around West’s experience of having intimate access to the kinds of people you might see lurking about the fringes of a small town but who are seldom transposed to the screen in a narrative context.

West, who graduated with a Bachelor of Fine Arts degree in film from the Minneapolis College of Art and Design in 2008, began drafting a script before realizing that this brand of group portraiture best lent itself to her hometown of Kalispell, Mont. In the summer of 2012, West returned to Kalispell to hold a series of auditions at a local community center, asking interested parties to bring a talent or a poem to perform before her camera. Through these casting sessions, West assembled a handful of nonprofessional actors, whom she paired with three Minnesota-based performers and Alex Karpovsky (Girls) to form her ensemble.

Shot over the course of 2012 and 2013, Tired Moonlight adapts such a naturalistic, vignette-based approach to its depiction of cross-generational womanhood and languid souls that it’s been consistently and approvingly charged with the “hybrid” classification. West, for her part, seemed to only be aiming for what was truthful: “These strict guidelines between narrative and documentary filmmaking are not something I’m rebelling against at all. They just 100 percent don’t compute in my mind,” she says. “All I wanted was to feel like I was a part of the world.”

Though Tired Moonlight is her first feature, West has worked almost exclusively with 16mm since making shorts on the format in college. She also crews on other independent films. Speaking from the passenger’s seat of a car on her way back from the Savannah set of Antonio Campos’s latest feature — she’s the assistant property manager — West says she judges all aspects of filmmaking equally. “I don’t care any less about the cigarette packages I made for Antonio’s movie,” she said, “than I do about directing my own.”

As she sorts through distribution possibilities for Tired Moonlight, West has already begun scripting her next film about two contrasting communities: a group of men living and working in the oil fields of North Dakota and a collection of female scientists living in the forest in Georgia. “It will look at the effects of humans on the environment and the environment on us,” she says. “It will be much darker and seductive in tone than Tired Moonlight, but will hopefully still have that rhythmic looseness.” — Sarah Salovaara/Photo by Konstantina Mavridou