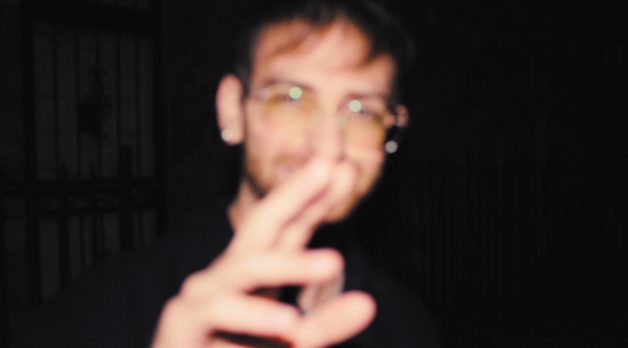 Revealing a personal experience of sexual assault is intimidating in any context. Detailing the ordeal in an op-ed for Teen Vogue seems almost unfathomable. But that’s exactly what Daniel Antebi did in January 2019, recounting the day he, then a 14-year-old martial arts student in Washington, D.C., was sexually abused by his instructor. Detailing the ways in which society discourages men from speaking out against assault, the article came accompanied by a 65-second Strength Speaks Up public service announcement (PSA) directed by Antebi, featuring a martial arts student trapped in an unhealthy power dynamic with his teacher.

Born in Mexico City to a Jewish family, Antebi spent his youth shuffling from Miami to London. His parents eventually settled in D.C as he entered his teen years. He was an admirer of his father’s love for close-up magic (“the ’French Drop’ was the first trick I ever learned”), whose youthful interests ranged from obsessively watching Ricky Martin music videos and The Mask of Zorro to participating in martial arts. After being expelled from high school and “asked not to return,” Antebi was sent by his parents to his cousin’s friend in New York City, filmmaker Michael Morgenstern, who needed a summer intern. While there, Antebi chiseled out time to shoot his own short, Writer’s Block, crewed by volunteer college students. “It was the first time I was in charge of a set, working with a DP, a sound guy, an actor,” Antebi recalls. “I provided everyone with pizza.”

He junked the unsatisfactory results, but the experience gave him the urge to pursue production. By his senior year at NYU’s Tisch School of the Arts, Antebi had grown as a person (“I realized that I had been making self-centered work, was spending too much money and that I wasn’t treating my crew well”) and as an artist: His 16mm, one-shot short, A Dios, got the attention of the Sundance Institute, which selected him as a 2019 Ignite fellow. After graduation, Antebi was hired by a company in need of a skilled editor who specialized in social impact films. “I personally wanted my first feature-length screenplay, On the Mat, to be about [the sexual assault I experienced as a teenager] and to have it written by December of 2018,” he recalls. “So, I moved back in with my parents with the goal of working this editing job and saving up enough money to make my film.”

With the Strength Speaks Up PSA already under his belt, Antebi wrote the accompanying Teen Vogue op-ed with the intent of publishing it the week of Brett Kavanaugh’s Supreme Court hearings. When the article got reshaped and delayed until January 2019, Antebi found himself, through a Sundance Ignite fellowship, mentored by filmmakers who encouraged him to first make a short about the abuse he experienced (“locate the seven most interesting minutes of the feature”). Heeding their advice, Antebi made Soft, a short that premiered virtually at SXSW earlier this year.

While On the Mat continues to prep for production next summer, Antebi has been staying busy throughout 2020, writing a feature-length, pandemic-set script about two addicts in recovery who want to save the day. Proving that God laughs when we make plans, that script (a mix of John Hughes and the Safdie brothers) is going into production before the end of the year. “I just want to talk about really difficult things while simultaneously making them entertaining,” Antebi, in recovery himself, admits. “That’s the hope. Drawing from my personal life makes it easier.”— Erik Luers/photo by Reid Hannaford