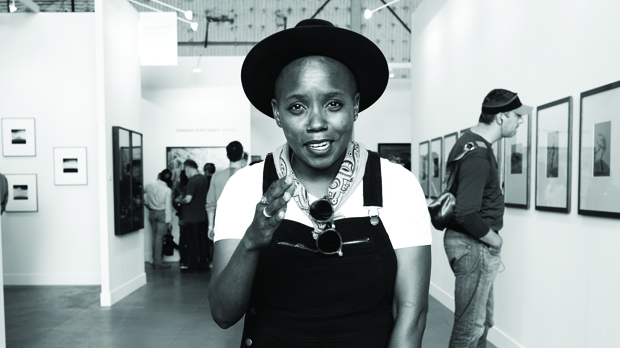 Janicza Bravo gives it all away in the title of her Sundance Grand Jury Prize-winning short film, Gregory Goes Boom. Still, audiences have been surprised by the explosive finale of this Michael Cera-starring tale of a runaway paraplegic man looking for love at the Salton Sea. “There was a Sundance screening in Salt Lake City where some aggressive things were said about me,” Bravo admits. “That I was a bad person and insensitive, and that the film is a bleak picture of being paraplegic. But the film is not about being paraplegic; it’s about being dismissed.”

Bravo was inspired to make the short after witnessing a blind date at a restaurant. It was clear the beautiful blonde woman didn’t know her suitor would be in a wheelchair. “There was a look in her eye that must have been incredibly painful to be on the receiving end of,” Bravo remembers. “I kept thinking about that moment, but in [Gregory Goes Boom] I’m also drawing upon my own feelings of being dismissed. As a woman in film with a partner” — the writer and actor Brett Gelman — “who is more successful than I am, there are instances of being overlooked. So I thought it was important to go really far.” That boldness pays off. Anchored by Cera’s demented performance, the darkly comic film, with its deadpan widescreen compositions and bursts of electronic soundtrack noise, manages to be authentically empathetic before, well, blowing up.

Born in New York, Bravo was raised in Panama until she was 13. She studied direction and set design at New York University, supporting herself after college with styling and design jobs in music video, fashion, film, commercials and theater. “I said ‘yes’ to everything,” Bravo says, “and it got to a place where it was making me a little unhappy.” So she dedicated herself to directing by quitting the freelance business and writing a feature, Lemon, with Gelman. On the first day of preproduction, a lead actor dropped out, financing was lost, and soon the film imploded. Then Cera, who had been in the cast, suggested Bravo and Gelman pitch his new YouTube channel, Jash, and Gregory Goes Boom was born.

Bravo quickly followed it up with another short, Pauline Alone, about an unstable woman’s stab at making friends on the streets of L.A. Starring Gaby Hoffmann along with Megan Mullally and Gelman, the film is hard to pin down in a good way, inflected with both absurd humor and, once again, attuned to the inner life of an outsider. “I wanted to make something a little more upbeat,” Bravo says. “Fun, but still with a dangerous quality.” Asked to name influences, Bravo returns to her theater roots: “Vladimir Mayakovsky, Heiner Müller, Elizabeth LeCompte and Pina Bausch.” And, too, Rainer Werner Fassbinder, who bridged theater and film. In fact, the feature she hopes to make as her first, The Dead Pay No Rent, she describes as “Fassbinder’s Beware of a Holy Whore meets Stardust Memories.”

And as for feeling dismissed? “I feel that less so these days,” she says. “Things haven’t changed in my career, but they have changed in my head. I feel like I’m making the right choices and chasing the right path. I hope the road is shorter, but if it’s long, that’s okay.” — S.M.