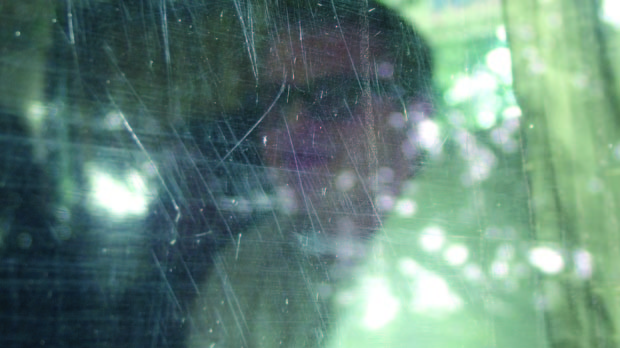 When we caught up with filmmaker Jason Byrne to include him in this year’s “25,” it was via e-mail from Tanzania. At the same time Byrne’s hypnotic experimental documentary Scrap Vessel winds its way along the festival circuit, he is working as an audio/visual archivist for the United Nations Criminal Tribunal for Rwanda. “Living in East Africa for the last two years has been a deeply rich experience, and this job has been fascinating but psychologically difficult at times, especially when listening to the many graphically explained testimonies from witnesses to the genocide,” he writes.

Byrne has worked previously as an archivist in Los Angeles, and he also graduated from the Film/Video Masters program at CalArts, where he “received a lot of help in understanding space and time from filmmakers Betzy Bromberg and James Benning.” His understanding of the relationship between film practice and historical memory informed Scrap Vessel, which was his thesis project at CalArts. The film takes place on the final voyage of a former Chinese-owned freighter ship on its way to the breaking yards of Chittagong, Bangladesh. As he explains, “I shot this film in the frame of mind of being alienated from the rest of the crew and of trying to capture my initial understanding of the new environment. Maybe the film is the reverse of an anthropological study. Once I began editing, I realized I also wanted the film to reflect the memories I had aboard the ship, which I created by manipulating shots to give them a dreamlike image. By manipulation, I was able to capture a stronger state of sublime (technically by building heavy contrast by rephotographing the print over and over again), along with sound of Albert Ortega’s haunted-like score, to capture the traces of memory that leave me continuously with the surreal vision of being aboard the vessel. Also, I was interested in creating a similar haunted feeling with the use of the dusty archival material left over from the former mainland Chinese crew, which is interspersed throughout the film, that includes 16mm motion pictures of 1970s/’80s Chinese communist message films, an audio-cassette mixtape and a roll of still photo negatives of the former crew. From my archival past (and present), as well as creating a still ‘living’ vision of my travel, this is a deeply personal film.”

As he works in Africa, Byrne, who cites as his filmmaking influences “Vertov, Eisenstein, Benning, Fassbinder, Allan Sekula’s writing, Edmund Burke on the sublime, and the funny parts in Chris Marker’s films,” is at work on his next project, a film about Mozambican contract workers sent to East Germany in the 1980s who have been fighting for 20 years for the pensions they were promised. “This is a story about who these workers are through their own interviews,” Byrne writes. “Stylistically, the film will have many relations to Scrap Vessel by use of archival elements, such as old photos and video/film. The dialogue from the contract workers is about the strangeness of arriving, working and living in East Germany, and their situation returning back to Mozambique with no money and being in the middle of a brutal civil war.” — S.M.