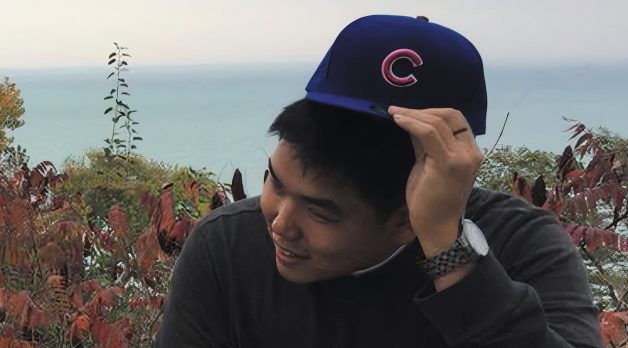 A decade ago, Jason Park had taken a year off from Andrews University, the Michigan Christian college he was attending as an undergraduate, to work as a “missionary/teacher” on the island of Palau. As a freshman he studied theology, but cinema was always a draw. Growing up, his mother, a first-generation Korean American, would often take Park to the theater. But Andrews didn’t have a film department, and, regardless, Park never thought filmmaking could be an actual profession. But, during that missionary year, he saw David Fincher’s The Social Network, “projected off a DVD on a crappy projector. To this day, it’s still one of the greatest cinematic experiences I have ever had.”

Park, who realized he “didn’t have the personality to be a pastor,” graduated Andrews with a social studies and history degree, moved to L.A., got an internship at Paramount and, not having any background in production, began studying screenplays. Of course, Aaron Sorkin’s script for The Social Network was foundational. Reading more scripts—by the Coen brothers, Tarantino, Linklater—Park taught himself what to leave on and off the page, how to deliver the reader enough information so they can visualize the action, while giving them the credit to imagine the rest. After working through that early screenwriter period of “mimicking certain filmmakers and styles that aren’t necessarily you,” one of his scripts landed him a fellowship at Film Independent’s Project Involve. Spending too long on a short “that didn’t turn out the way I hoped it would,” and homesick for his hometown of Chicago, he returned there to make a very low-budget short. It proved to be his winning course correction: BJ’s Mobile Gift Shop, a deft and surprising work that moves from SNL-style sketch comedy into a nuanced and poignant commentary on family, class and the expectations placed on children of immigrants.

“BJ” stands for “Byung Jun Lee” (played by Johnnyboy Tellem), a young, hustling Korean American who tools around the Windy City selling sundry goods out of a near-magical red suitcase—the eponymous mobile gift shop that contains any item a pedestrian might suddenly need, from an iPhone battery charger to a spare dress shirt and tie to even a Halloween costume. All the items carry a hefty markup: “I’m just capitalizing off of people’s desperation,” says BJ. Midway through, the short takes on a melancholy gravity when he meets a successful friend who’s mystified by his seemingly downward career trajectory and, later, when his hustle is seen from the point of view of his elderly grandparents.

“I wanted to explore this cross-section of culture—a Korean American in the Midwest,” Park says. “A lot of the people I grew up with are in business, or starting their own restaurants, and I wanted to see all their qualities embodied in the same person. And I wanted to make sure we were experiencing this character’s daily life and personality, but also [explore] bigger questions like, ’Is my life significant?’ That was something I was going through as a filmmaker and individual: Am I the only person who’s going to think what I’m doing is that big of a deal?”

BJ’s was a short film standout at Sundance 2021 and subsequently selected for an online short film showcase sponsored by Mailchimp and Oscilloscope to celebrate Small Business Week. Now, signed to both CAA and management company Bellevue Productions, Park is getting ready to direct his first feature, Transplant, to be produced by Nina Yang Bongiovi and Forest Whitaker’s Significant Productions. The script, by Park and David J. Lee, has been accurately dubbed within the industry as “Whiplash in the world of open heart surgery.” It’s the tale of a young Korean American surgical resident, the new assistant to an intense, demanding and unpredictable veteran surgeon. “You’re trying to be positive and help patients and help people,” says Park of medical school and residency, an experience he’s learned about through Lee, who studied medicine at Johns Hopkins, as well as from friends and family in the medical community. “But the key element of surviving that journey is that you have to almost be numb to your emotions, to become almost become cynical in the way you see countless amounts of patients, to just survive the emotional heaviness of it all. For this Korean American, whose entire family has worked to get him to this place, it’s about what he’s willing to endure and also sacrifice.” The script specifically focuses on open heart surgery “because of the time pressure; it’s just intense and incredibly cinematic.” Indeed, Park is thinking carefully about how he’ll shoot each of the surgeries. “Each one I’m looking at like an action sequence,” he says, “ones that [reflect] character but also the theme of the script, which is about control. I want it to feel like you’re experiencing a piece of music that has its own rhythms and flows but moves quickly. I’m going to pull you in, and you’re not going to be able to really do anything else except be glued to the screen—that’s my hope for it.”— SM