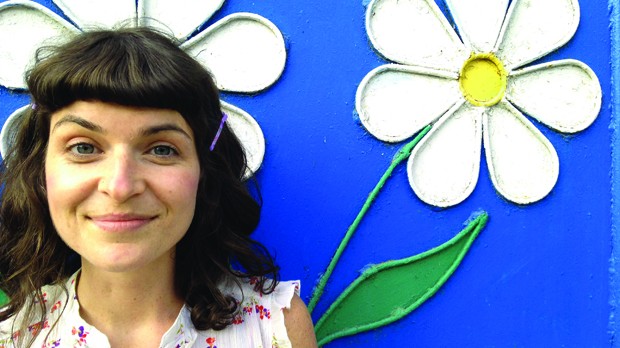 What does Pink Floyd’s Dark Side of the Moon mean to you?

A faded black T-shirt with that prism logo, and the hazily remembered times you had while wearing it? Or maybe the “ka-ching” of “Money” blasting from your dad’s car radio on the way back from the beach. Perhaps your playlists contain not Floyd but remixes and remakes by The Orb or the Flaming Lips. Or just possibly your grandfather who had dementia came to live with you when you were in seventh grade, and you’d play the record every afternoon in your den because that’s where the stereo was, and one day, after your granddad hadn’t said a word for months, he lifted his head and muttered, under his breath, “this is such very strange music,” and, suddenly realizing that there was someone still in there, your young head exploded with dark forebodings too.

Whatever meaning is encapsulated by Pink Floyd’s immersive ode to losing your mind amidst post-war Western capitalism, you’ll find it and much more in British-born, New Hampshire-residing filmmaker Jodie Mack’s early career masterpiece, Dusty Stacks of Mom: The Poster Project. Performed — yes, performed — at festivals ranging from Rotterdam to RIDM to True/False, Dusty Stacks of Mom is Mack’s 43-minute animated film about the collapse of her mother’s rock-and-roll merch biz. Against sequences ranging from psychedelic abstraction to her mom at the studio to explosive collages containing not just that light-shot prism but Tony Montana, Pamela Anderson, and the company’s other T-shirt/badge/poster printing projects, Mack sing-songs an album-length cover in which Floyd’s tunes are rewritten (“Us and Them” becomes “Supply and Demand”) to chronicle not just the demise of her mom’s company but physical media in general. It’s a smart, improbably charming, and generally mind-blowing work.

An experimental animator who studied at University of Florida and the School of the Art Institute of Chicago, Mack’s “camera-less” first films were “goopy, gunky, excited, fast-paced animations — I’d stick things to the film’s surface,” she says. From this work grew an interest in “discarded materials, cultural detritus, and waste.” She explains, “I’m interested in how people perceive art outside of art and cultural circles, how we experience art in our everyday life, and how similar formal attributes can play out in the museum and in the Dollar Store.”

Mack began Dusty Stacks of Mom right out of grad school, traveling to Florida to shoot at her mom’s warehouse before it closed down. But it wasn’t until a few years later when, heavily influenced by the experimental animation she was teaching at Dartmouth, “it all started to make sense.” “I wanted to create this doc centered around this album and how it functions in an industry full of multiples,” she says. “I wanted to convey information in an interesting way. Voiceover and text can be boring, so I decided it should be song.” Mack got various musician friends to do instrumental covers of each track, and when she got frustrated during the sound mix, Images Festival Artistic Director Kate MacKay suggested she do it live — a perfect strategy for an era in which arthouse theater admissions are declining and films themselves are part of a digital media that’s being discarded. “Having a live performance ups the stakes,” Mack says. “It increases the reasons for us all to be convening together in a room. Each experience is unique; the imperfections play it differently each time.”

Upcoming for Mack is work on a project about “fabrics, objects, and how they travel and represent culture in faraway lands.” Describing it as a “travel play variety roadshow,” Mack says, “It might just be like the early days of cinema — I’ll talk, sing songs, screen the rushes, and maybe never even do a serious edit.” — S.M.