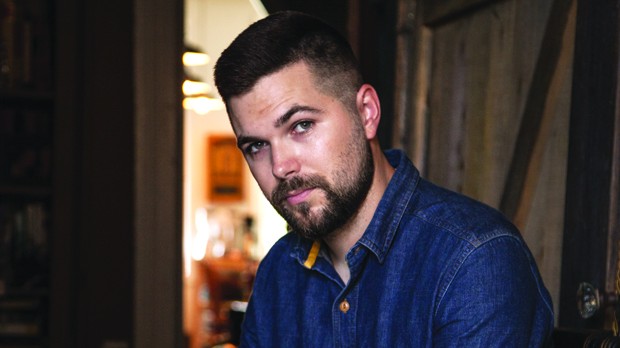 “When we think of historical witches we think of persecuted herbalists, kind white witches, earth mothers — what the Wiccan, New Age-y stuff has grown out of. But what’s not talked about is the dark side of the early modern witch, and what she meant to not just men, but women. The witch embodied men’s fears and fantasies about women, good and bad, and also women’s fears and ambivalences about motherhood in a male-dominated society. And that baggage still exists in the unconscious of today.”

That’s Brooklyn-based designer-turned-director Robert Eggers describing his first feature, The Witch, currently in post following an Ontario shoot whose production stories recall historical detail-obsessed productions like Heaven’s Gate or Barry Lyndon, not a relatively low-budget independent. “You think it would be easy to find virgin forest in Northern Ontario, but it isn’t because there’s so much logging,” Eggers laughs. “Fortunately, the town of Kiosk has white pine and hemlock that’s very similar to the forest system in New England. And the clapboards on the house — if they’re not hand riven from red oak or white oak, they won’t look correct. Nobody in Canada knew how to do that, so we had them done in England and shipped.”

Produced by Parts and Labor’s Lars Knudsen and Jay Van Hoy, the 1630-set The Witch may have had scary production ambitions — not just all that historical detail but child actors, animals, period diction, and “laying down 80 feet of dolly track in the woods several times a day” — but they are all in service to a sincere aesthetic. Growing up in New England, Eggers says he was “a weird kid — I’d go to Salem every Halloween. Dilapidated colonial farms, witches — those were part of the childhood folklore I was into. And now, fairytales, folk tales comparative religion and mythology are my biggest interests. If I’m not working on a project, I’ll read Spencer’s The Faerie Queene for fun.” Indeed, asked to cite influences on the film, Eggers cites fairytale illustrators like Arthur Rackham, Edmund Dulac and Howard Pyle along with Bergman and, with very real humility, Tarkovsky.

Eggers began his career in theater and soon became an in-demand production designer. His second short film, an adaptation of Edgar Allen Poe’s The Tell-Tale Heart, led to some feature interest, but his initial scripts “were too weird and genre-less.” “They were semi-plotless but still had spectacle — Edwardian circuses, or Hoffmanesque dollmakers,” he says. The Witch — a story of a Christian family’s mysterious implosion at what may be the hands of the New Canaan-Woode witch — allowed Eggers to merge an interest in historical detail (“I read everything from Puritan prayer manuals and real accounts of witchcraft; I read the Geneva Bible from beginning to end,” he says) with more of a classic, The Shining-type horror storyline. The Witch should hit the festival circuit next year along with his third short, The Brothers, a gripping, Cain-and-Abel tale set — where else? — in the woods. — S.M.