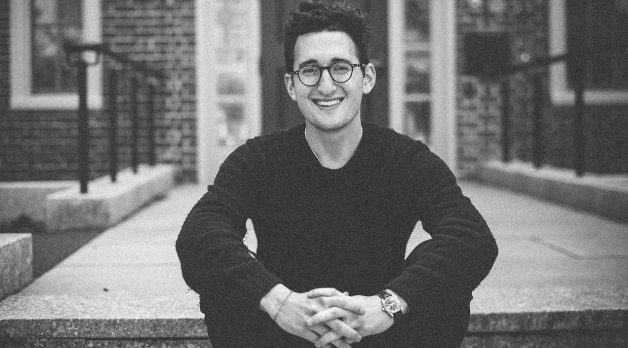 While in high school in Fort Lauderdale, Florida, Lance Oppenheim would send documentary pitches to New York Times Op-Docs. Some were written treatments, and others were actual shorts, documenting, says Oppenheim, “crazy things happening in my backyard,” like the story of an armed vigilante animal rescue group rescuing discarded dogs being mistreated by their new owners in the Everglades. (A no-go for the Times, The Dogmatic [2012] went on to win multiple awards at regional and student film festivals.) Another short that year was Quicksand, an elegiac portrait of Oppenheim’s grandfather in the final days of Alzheimer’s. “’Good job, not for us,’” Oppenheim remembers the Times writing back — but, again, the short went on to win festival awards and screen nationwide via PBS.

While studying at Harvard’s undergraduate Visual and Environmental Studies program, Oppenheim finally broke through to Op-Docs with Long Term Parking, a seven-minute study of airline workers living in mobile homes planted in an LAX parking lot. What might have been a bleak study of urban anomie becomes an oddly uplifting tale of workers who have found personal freedom through their transient, solitary lifestyles. Other Op-Docs followed, including No Jail Time: The Movie, about the production of short biographical documentaries used in prison sentencing hearings, and The Happiest Guy in the World, which continues and amplifies the themes of Long Term Parking in telling, with a kind of radiant melancholy, the story of a man spending his final years living on cruise ships sailing the Caribbean. (Soderbergh’s Solaris was a visual influence, Oppenheim says). In the former film, Oppenheim achieved the director’s ventriloquist trick of finding a subject who might have verbalized his own ethos. Says the teacher of prison sentencing filmmaking, “The rookie mistake is to just slap someone on the couch and do a parade of talking heads. Pictures, that’s what transports us into the world of empathy.”

Oppenheim graduated Harvard in May and is already completing his debut feature, Some Kind of Heaven (Working Title), produced by Darren Aronofsky and The New York Times (one of the first film productions under the paper’s new Film and TV umbrella). It’s a doc about life in the world’s largest retirement community (130,000 residents!) in Central Florida, focusing on three characters, writes Oppenheim, “dealing with the aftermath of real life intruding in on their retirement fantasies.” With its blend of performative vérité, it’s “Spring Breakers meets Cocoon,” quips Oppenheim, whose parents’ profession — both are real estate attorneys who’ve defended owners of foreclosed homes — gave him a front-row seat during the subprime crisis into the comingling of fantasy and macroeconomic despair.

“Part of my interest in making documentaries about people living out their craziest fantasies is not just to view their worlds but to inhabit them,” says the director, who cites Abbas Kiarostami’s Close-Up, Marc Singer’s Dark Days and Michel Negroponte and Ross McElwee’s Space Coast, about a community still living in Cape Canaveral after the space program was defunded, as relevant influences.

“How fantasy informs the way people live their lives, the camera has to do the same. The only way to get into these people’s lives and their stories is to accurately depict the headspace they are living in.” — SM/Photo by Samuel Fisch