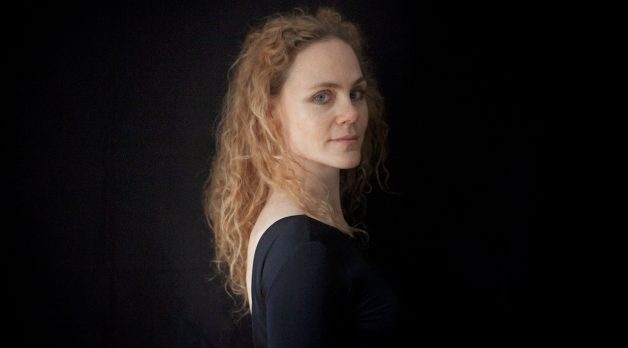 Growing up in São Paulo, Brazil, Moara Passoni would attend grassroots political meetings with her parents. (Her dad was an activist, her mom a nun who became a congresswoman.) Growing up, she created a political rag for children called “Blah Blah Blah,” a political party (“The Children’s Party”) and, after “stealing” her father’s Nikon camera one day, wandered the halls of the Congress building in Brasília, “playing at being [an] investigative journalist.” Still images gave way to moving in junior high school when, with a VHS camera, she made horror films. High school saw Passoni’s filmmaking turn experimental, but she stepped away from cinema during college, studying social science instead. As she relays it, the years that followed—which included studying dance, theater, performance and documentary in Brazil, philosophy in Paris and working as an assistant director for experimental filmmaker Kiko Goifman—are a dense blur of activity leading up to her collaborations with filmmaker Petra Costa. Passoni was an associate producer on the director’s films Elena, Olmo & the Seagull and The Edge of Democracy, as well as a cowriter on the latter, Oscar-nominated film.

But for much of her adolescence, from 11 to 18, Passoni was also anorexic, an experience she bracingly evokes in her hypnotic and unsettling debut feature, Ecstasy (Êxtase), which premiered this year at CPH:DOX. The hybrid work pulls from the director’s own diaries and interviews with other anorexics to capture the lived experience of anorexia, its social underpinnings and its use as an object of theory. “Mixing fiction and documentary enabled me to put the reality of the anorexic body against the often delirious abstraction of anorexia,” Passoni says. “I look at the intersection between sexuality and power, politics and subjectivity, and between those and the psyche. The film is an investigation of the mind as well as the body, and of what troubles both.” What she was intent on avoiding: “turning the anorexic body into spectacle.” About the collapsing formal boundaries of her work, Passoni paraphrases Godard (“The best documentary is closest to fiction”); about the role of philosophy, Cassavetes (“To have a philosophy is to know how to love and to know where to put it.”)

Passoni made Ecstasy while an MFA student in screenwriting/directing at Columbia University. She returned home to Brazil at the start of the pandemic and looks forward to returning to New York. In the meantime, she has a full development slate. Cost of Living is a 1960s-set hybrid neorealist film telling a true story of political revolt and the fight for worker’s rights. Corinthians Democracy is a limited series set around a rivalry in the world of Brazilian soccer. And she hopes her first full dramatic feature will be here in the States, based on the true story of a New England woman whose life encompassed theater, mental illness and, finally, death by COVID-19. “Her story reveals a lot of the burden of our world,” Passoni says.

About the common thread linking the three projects, Passoni, who is incisively articulate, sends another quote instead, from the late activist Afeni Shakur, mother of Tupac: “I want to reach people who have big problems. People that look like they won’t get through. I want to talk about how to get through garbage…. just putting one foot in front of the other. I want to talk about how you can survive without destroying yourself in the process and that when you do survive there’s something left… some spirit left for the next day.”—SM/photo by Janice D’Avila