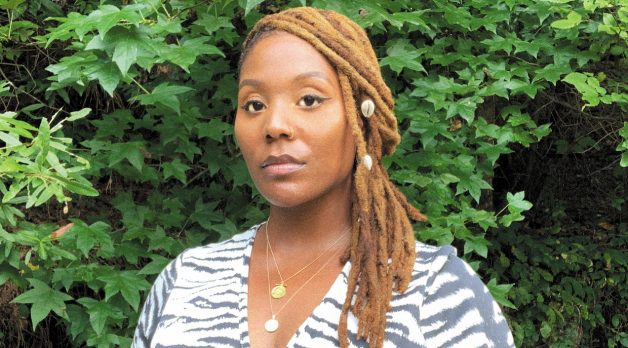 Eight years ago Nikyatu Jusu thought her first feature would be shot in Freetown, Sierra Leone. Then Ebola struck, says the Atlanta-born Jusu, a first-generation Sierra Leonean American, “and I had to go back to the drawing board.” She began to think about the diasporic experience in America and how it could inform her screenplay. “I grew up at that intersection of being Black, being American but also being African, which all inform each other,” she explains. While attending NYU graduate film school, Jusu “would see all these Black and Brown women pushing white children in strollers, and I was curious about that story. My mother did some domestic work growing up, so I had the experience of watching her put her dreams to the side to be a peripheral mother in other mother’s narratives. And I knew that most nanny films center around the white family.”

All of this insight now guides Jusu’s feature script, Nanny, an expertly crafted, emotionally thrilling and absolutely devastating work of supernatural horror. Her protagonist is Aisha, a Sierra Leonean nanny who commutes from Harlem to the Upper East Side to take care of the daughter of a wealthy couple—she’s a businesswoman, he’s a photojournalist shooting in conflict zones. Aisha saves money and waits for her young son to travel to join her. But while caring for the girl—and being drawn into the personal lives of her employers—she’s haunted by a menacing presence. In addition to being quite scary, and richly depicting Aisha’s inner life, Jusu’s script is incisive about the sociology of domestic work and immigrant cultures in New York.

“You have to make content that has something to say and reflects the time we’re in,” Jusu says. “Horror seems to be that genre where you don’t have to be pedantic and beat people over the head with a message—the monster can represent so many things, and for so many of us maneuvering this world, this life, it’s racism and the mythical American dream.”

Over eight years, Jusu says she almost gave up on the screenplay, but her producer, Nikkia Moulterie, “my right-hand woman, believed in the story and pushed me to finish.” The result is a multilayered script that’s received support from many of the major nonprofit institutions, including the Sundance Labs, Creative Capital and IFP.

While Nanny puts together its financing, Jusu is working on another project, an adaptation of her Black vampire short, Suicide by Sunlight, which played Sundance in 2019. The short’s success has led to her CAA agents forwarding a lot of vampire scripts, but Jusu—who is cowriting the adaptation with screenwriter Fredrica Bailey—remains adamant about building on the mythology she created with cowriter R. Shanea Williams. (In Suicide, Black vampires, protected by melanin, are the ones allowed to walk by day.)

Meanwhile, Jusu is in her third year as an assistant professor at George Mason University. In addition to directing, she’s teaching a new course she created on Afrofuturism, “with a focus on the subcategories of Black horror and Black speculative cinema.” The syllabus contains readings by Octavia Butler and W.E.B. Dubois and films by Jordan Peele and Ryan Coogler, among others. “It’s not just a theory course,” Jusu says. “The students are creating scripts and short films. And we’re asking, what does it mean to create content when Black people are maneuvering contemporary horrors and new futures? It’s kind of a big umbrella, right?”—SM