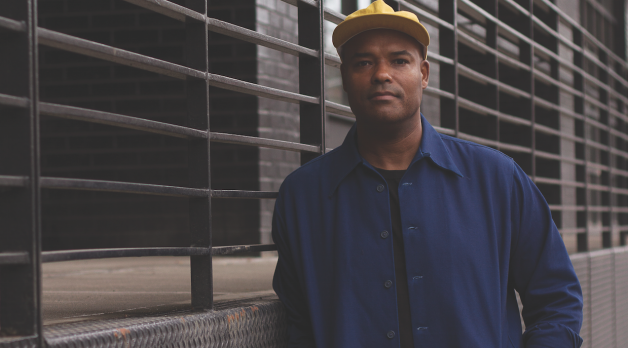 Having worked as cinematographer for visionary director Terence Nance — among other works, he lensed Nance’s lovesick, doc/fiction whatsit An Oversimplification of her Beauty and his more recent, gorgeously inscrutable Swimming in Your Skin Again — Shawn Peters is no stranger to lateral thinking. So, perhaps it’s appropriate then that his first major personal work, due out this fall, isn’t so easily categorizable either. The Art of Dying Young combines film and technology, documentary and hybrid elements and, skipping across decades, locations both physical and virtual.

Using both augmented and virtual reality, The Art of Dying Young, which Peters is making with producer Barry Cole, is a portrait of two young men whose lives are memorialized through street murals in South Williamsburg and Bedford-Stuyvesant, Brooklyn. But it’s also, by extension, a portrait of the neighborhoods themselves as the work uses the personal histories of these men to trigger related sounds, music and even dream sequences. The project has received support ranging from Creative Capital to the Sundance New Frontier Story Lab.

Shot dead in the streets in 1997, Italo Mchawi was a star high school basketball player due to be initiated as a Yoruba priest. His segment will allow viewers to experience just such an initiation while also containing documentary material about the black nationalist organization The East, which Mchawi’s parents were an active part of. “Lil’ Rich” was killed in 2007, shot during gang crossfire, and his segment brings in the rich history of the Latino community of the gentrifying Los Sures neighborhood.

While there will be versions of the work anyone can view, The Art of Dying Young is built around a walking tour that will start at a gallery and end up at the murals honoring these men — murals that have defied erasure, having been painted over and over again. Of his decision to root this piece in a physical space, Peters says, “I wanted to tie experience and space to memory. I was talking to a neurosurgeon in London, Beau Lotto, who has an VR app called Traces. He said that we have the strongest memories related to geospecific locations. You can remember your first kiss and where it was, for example. So, I thought, if I can create emotional, resonant experiences, tie them to locations and have them be experienced in those locations, it will build a different connection to the audience.”

Peters studied photography and cinematography at the University of South Carolina but took a detour into the tech world in the late ’90s, working at AT&T and at a tech startup. In the mid-aughts he helped run a record label until, at the start of the DSLR era, he decided to reconnect to his love of image-making and enrolled in New York University’s Summer Intensive Cinematography Program. A string of music videos for artists like Blitz the Ambassador and Pharoahe Monch followed, and then narrative work for Nance, Sebastián Silva and others.

While Peters preps all the different elements needed to pull off The Art of Dying Young, he’s still shooting. He’s lensing Saturday Church, the directorial debut of Maggie’s Plan producer Damon Cardasis, and looking to move into bigger productions. Citing Conrad Hall as his favorite DP, he’s finding himself slightly rebelling against the filtered Instagram aesthetic that is traipsing across so much visual culture at the moment. “I’m less interested in the beauty contest these days,” he says, “and more interested in how I can intuitively assist the resonant emotions in a scene in order to tell a story. I want to create beauty, but sublime beauty.” — S.M./Photo by Kuson Pearson