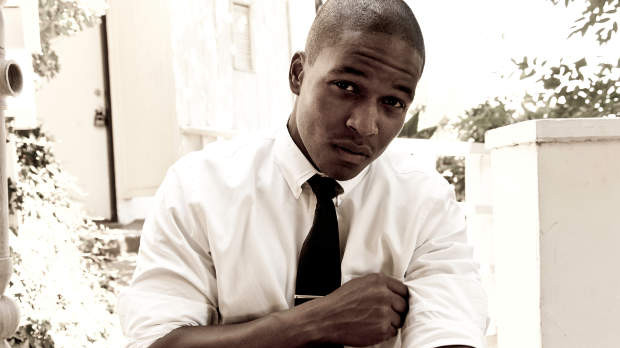 The URL for Los Angeles-based filmmaker Sheldon Candis’s website is cinephileacademy.com, speaking to not only the USC grad’s artistic interests but also his fusion of film and life. As a child born in Baltimore, “I was one of those kids who loved movies,” he says, “and would watch them on my grandfather’s old VHS player.” Then, he’d spend time with one of his uncles, and those hours too, “even for a nine-year-old, felt like a movie.” Learning Uncle Vincent is the film arising from those childhood memories — spiked with a healthy amount of imagination. “‘It’s about a young child being exposed to violence for the first time and coming of age through the realization that his once hero is a bad person,” Candis says. “In the course of one day, a boy receives his rite of passage into manhood through the relationship with his recently released from prison uncle. It’s a dysfunctional love story with a tragically optimistic ending. Every boy searches for a father figure — not everybody finds the right one.”

Although Candis recently wrapped the film’s 19-day Baltimore shoot, he’s been living with this story for years. He co-wrote the script with fellow USC School of Cinematic Arts grad Justin Wilson, and took the project through the Film Independent Directors Lab as well as its Fast Track program. He also had some help getting it to actors from William Morris Endeavor. Still, it was a long process. “You go through peaks and valleys,” Candis reflects, “and you try to keep your momentum.” Meanwhile he kept busy with other projects, including music videos, corporate work and a short doc on homeless men in Japan funded by Scion Easy for Giant Robot magazine.

Two years ago he sent the script to the rapper Common for the role of Uncle Vincent, but “it didn’t land.” This year, with more actors attached in supporting roles (Danny Glover, Dennis Haysbert, Charles S. Dutton), he tried again. “One of my producers knows his manager, and he made a phone call. The manager said, ‘If you drive to Philadelphia tonight and can close a deal with him, he’ll do your movie.’ I drove from Baltimore to Philadelphia at 10:00 p.m., met him for two-and-half hours, and he said yes.”

Learning Uncle Vincent is what Candis calls a “dramatic thriller,  or ‘driller’,” and, indeed, the script makes its surrogate father/son relationship as gripping as its double-crosses and turf shootouts. “Vincent wants to be a father figure, but the sad reality is he doesn’t have the tools,” says Candis. “Common dug in deep and found these layers of wanting to be there for this kid. You see him struggle with [the idea of] failing before this kid’s eyes. He rocked it.” — Scott Macaulay