Five years after finishing his wonderfully wacked-out debut, The Guataealan Handshake, Todd Rohal, frustrated by the time it was taking to set up a new movie, jumpstarted a micro-budget comedy about a priest. Called The Catechism Cataclysm, the movie was made for $50,000, and it got into Sundance, playing in last year’s midnight section. IFC bought the film for its Midnight label, releasing it to a scant $897 on a single screen. Rohal didn’t sweat it; the movie did what it needed to do for him (read Megan Holloway’s consideration here), and he went on to his next film. And despite the tiny box office numbers, the movie got out there, influencing the right people. One of those people was Craig Zobel, whose own debut, Great World of Sound, premiered at Sundance in 2006. Like Rohal, he spent years chasing a bigger-budget film. When he saw The Catechism Cataclysm, as he told me in an interview I’ll publish this weekend, he decided to follow Rohal’s lead and make a no-budget film that would also be a creative stretch. He was able to raise a little more money than Rohal’s five figures for a movie that is very different from the comedy-inflected character drama of Great World of Sound. Compliance is an edgy thriller based on a true-life incident involving nudity, sexual humiliation, and the madness of (small) crowds. Zobel hopes it’s a picture that will change people’s perceptions of what kind of filmmaker he can be, and it wouldn’t have been possible without that nudge from Rohal.

That’s one Sundance story. There will be many more in the days ahead. One film — Bachlorette, or maybe The Words — will sell for a lot of money. An actress will be anointed the darling of Park City. For the first three days people will say “it’s slow,” and then there will be a rush of sales Monday and Tuesday. Critics will say the docs were better. But these will be the obvious tales. What about the more subterranean stories, the lipstick traces that will form a secret history of Sundance we’ll uncover in years ahead? Impossible to say now, of course, but I’ll look for them anyway. In the meantime, here are eleven more filmmaker tales I’ll be following this year. There’s something about all of these films — usually a knowledge of the filmmaker and expectation of good things — that has made me circle them on my program. 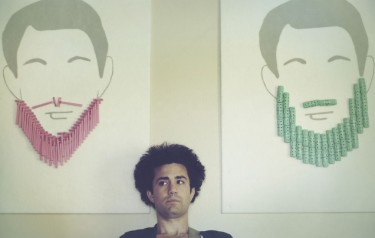 I Am Not a Hipster. Destin Daniel Cretton’s Short Term 12 won the Jury Award for Best Short at Sundance in 2009. A beautifully acted tale of at-risk teenagers and an older counselor with his own life issues, the film put Cretton on our “25 New Faces” list and opened doors throughout Hollywood for him. The short had some similarities to Half Nelson, and Cretton planned to embark on a similar path as its directors, Ryan Fleck and Anna Boden, by making a feature version of it. The resulting screenplay won the Nichols Award… and yet the film hasn’t gone into production. As a big fan of Short Term 12, I was excited to see Cretton on the Sundance list this year, but with an unexpected new film, I Am Not a Hipster, set within the San Diego music scene. I’ll be interested in learning more about how this became his first film while hopefully seeing the promise of that early short fulfilled.

ME At the ZOO. We were a little obsessed with Me at the Zoo co-director Chris Mourkabel back in 2006 when he staged an appropriative assault on Hollywood. His 12-minute art video World Trade Center was based on a lifted copy of the Oliver Stone screenplay and released on the internet before Stone’s picture. The piece earned Mourkabel the ire of Paramount, who launched a Federal lawsuit against him. I felt a little bad about this because Filmmaker‘s blog post on the project was cited in the studio’s filing. Now, though, Mourkabel has gone legit. He and Valerie Veatch have made ME at the ZOO, a doc about video blogger Chris Crocker, and, as the film’s subject himself says, it’s been picked up by HBO.

Film and the financial crisis. Wall Street 2 sucked. Margin Call has its fans, but not me. I thought the film’s existentialist chamber drama obfuscated the very real issues of the financial crisis. As for docs, Inside Job was pretty good, but there’s room for other stories, other takes on the events that continue to wreak havoc on world economies. As someone interested in this subject matter, I’ll be looking forward to three films that I hope will offer something new to the discourse. In Documentary Competition is We’re Not Broke, by Karin Hayes and Victoria Bruce, with a focus that aligns perfectly with the growing Occupy movement. It’s about corporate tax evasion and overseas tax havens like the Cayman Islands. Expect this film to resonate in the months ahead — particularly come tax time, when Mitt Romney says he’ll release his returns. After her striking Manufactured Landscapes, Jennifer Baichwal returns with Payback, another doc that adapts for the film the work of another, in this case the best-selling book by Margaret Atwood. The film looks at “how debt is a central organizing principle in our lives.” Finally, the third money movie I’m looking forward to is Arbitrage, by Nicholas Jarecki. This is Jarecki’s second feature — his first was The Outsider, a documentary portrait of director James Toback. Because it’s got a huge cast — Richard Gere, Susan Sarandon and Brit Marling — there’s a lot of buzz about its acquisitions potential. But I’ll be interested in how it captures the politics of the hedge fund world it’s set in. 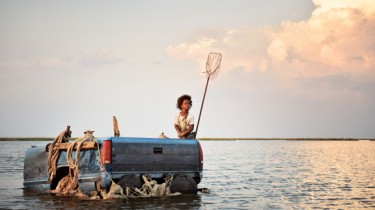 Beasts of the Southern Wild. There are Borderline Films and Red Bucket Films, but there’s also Court 13, another upstart New York production company with a finely honed art-film aesthetic and crazy ambition. This year at Sundance, the group premieres their first feature, and to say that it is eagerly awaited by New York’s independent film scene is a massive understatement. Much of that anticipation has been stoked by the epic Southern magic realism of director Benh Zeitlin’s first film, Glory at Sea. Read Zeitlin’s backstory in our “25 New Faces” piece and see this film.

An Oversimplification of Beauty. I see a lot of films in their early stages, and some you just don’t know about. This is one of those. Terence’s Nance’s experimental film went through the IFP Narrative Lab a few years ago, and all of us were struck by the incredible inventiveness it brought to its intimate relationship drama. But would it all come together, and would the film ever be finished? I lost touch with Nance and the film but went “whoa, he finished it!” when I saw it on the list. The trailer looks very cool, and it was selected for Rotterdam too, so this is one to watch.

An Oversimplification of Her Beauty • Teaser from Terence Nance • Terence Etc. on Vimeo.

L. Is the recent resurgence in kinky Greek cinema, noted by David Adler in his report from Athens recently, a two-film (Dogtooth and Attenberg) phenomenon? We’ll see if the positive trend continues with yet another film from the same family, L, by Babis Makridis. The film is co-written by Dogtooth scribe Efthymis Filippou.

LUV. One thing I enjoy about doing our “25 New Faces” list is discovering new talent. I didn’t know LUV writer/director Sheldon Candis before I began this year’s search. An agent recommended the script for this feature to me, and I read it while it was still shooting. I liked it. It reminded me a little bit of Boaz Yakin’s Fresh, and I also couldn’t help flashing on The Wire due to the crime storyline and Baltimore setting. But these references are probably more in my head than in the film, because, amidst the shootouts and turf wars, there’s surrogate father/son tale that on the page I found authentic and moving. The question here — will rapper Common bring the layers of feeling that lie underneath the hard exterior of the script’s Uncle Vincent? I placed my bet when I added Candis to this year’s 25, and I was happy to see the film in Sundance competition six months later. 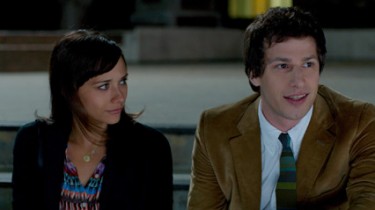 Celeste and Jesse Forever. The log line for this reads as a typical indie-relationship flick, and it stars such familiar faces as Rashida Jones, Andy Samberg and Emma Roberts. It’s one I might typically skip… except for one thing: writer/director Lee Toland Krieger. His previous film, The Vicious Kind, was a slow-burn highlight of Sundance 2009. I walked in cold, knowing little about it, and was blown away. Laced with real emotion and an acute understanding of anger, it’s a film that has lingered in my mind for years, and, yes, it had the same kind of non-descript log line. I’m hoping for similar wisdom in this latest film.

The Law in these Parts. Sundance’s reputation as bellwether for the U.S. independent scene is so strong that within the U.S. press its world documentary premieres sometimes get overlooked. Each year, though, the section produces amazing films, like last year’s prize winner, Hell and Back Again. The film I’m looking forward to this year is Ra’anan Alexandrowicz’s The Law in These Parts, a formally-ambitious look at Israel’s military courts operating in the occupied territories of Gaza and the West Bank. Shot in one room over nine days, the film documents the work of the judges while also exploring the history behind the legal framework produced after the Six Day War in 1967. “This film is not about the people who broke the law, but about those entrusted with the law,” says Alexandrowicz. Another big endorsement for me is the presence of executive producer Laura Poitras, whose The Oath remains one of my favorite docs of the last few years.