“I Have to Feel Sincere and Real When I Do It”: Joanna Fang on the Lifestyle Work of the Foley Artist 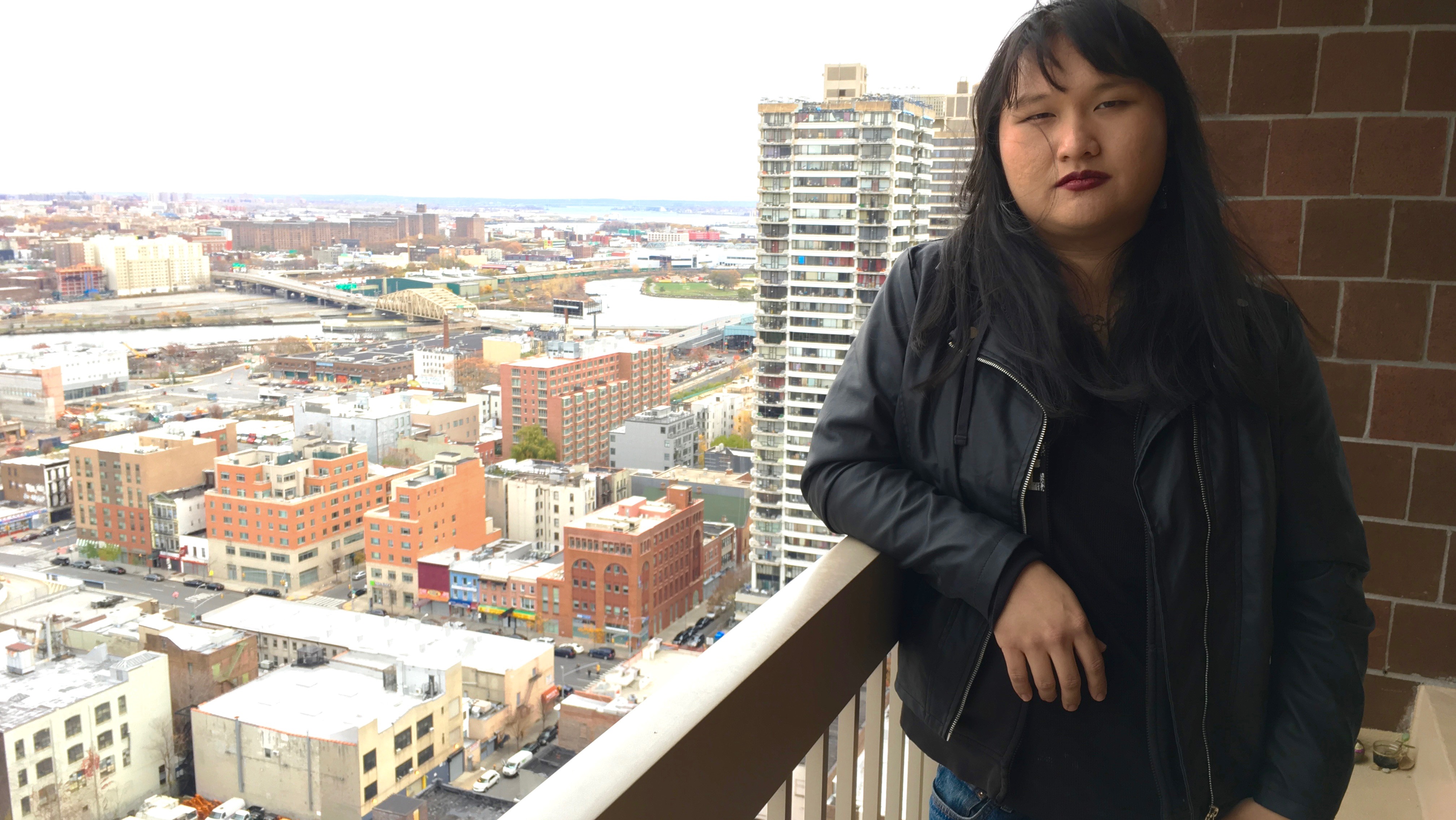 by Taylor Hess
in Columns, Filmmaking, Post-Production
on Jan 17, 2017

In Weiner, Josh Kriegman and Elyse Steinberg’s documentary about Anthony Weiner’s attempted political comeback running for New York mayor, there’s a scene of Weiner shoveling a drippy deli wrap with a side of crispy fries in the back seat of his car. Between bites, Weiner chews through his hopes of a rebounding campaign after having sabotaged it by, once again, sexting on Twitter. He gazes out the car window, jaw muscles flexing, trails off mid-sentence, and dumps the plastic to-go container’s final fistful of french fries directly into his mouth.

The masticating sounds of Weiner lunching were produced at Alchemy Post Sound in Westchester, New York. There, Foley artist Joanna Fang was recorded eating a 12-inch Philly cheesesteak in sync with Weiner’s smacking lips. Fang’s job is to create sounds that enhance the reality and drama of a film or television show. She can produce between 300 and 400 unique sound effects per day, from the plop sound of a character sitting down on a couch, a footstep, clothes ruffling, keys jingling, or, like in the Weiner scene, a mouth chewing. Her goal is to perform sound that the audience will accept as authentic.

“The hardest thing about Foley is recognizing that some sounds we’ve come to expect in film don’t actually exist in the real world,” says Fang. “A handshake in real life is really quiet. It makes virtually no sound. But in film, we need to sell that moment between two characters in order to communicate empathy, to create the human connection within the soundtrack of the film.” 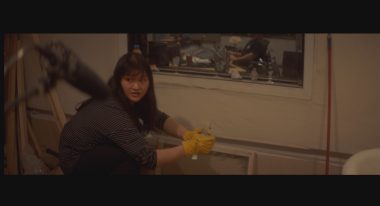 A film’s soundtrack is as much about the Foley as it is about the music score. But unlike a score that shapes tone and heightens mood, Foley is about the nuance of sound to heighten the reality of a moment. “If I do my job right, you’ll never know that I did anything at all,” says Fang.

Fang has worked on Manchester by the Sea, Entertainment, Queen of Earth, Still Alice, and about 100 other projects, including the Oscar-nominated documentary Cartel Land. When Cartel Land won the 2016 Emmy Award for Sound Editing, Fang became the first openly trans woman to win the coveted statue.

On the windy Sunday morning of Transgender Day of Remembrance, Fang eats breakfast at the IHOP near her apartment in East Harlem. For two years, she’s lived on the top floor of a brick high-rise with two roommates and a balcony overlooking the Metro-North Station. She spends two hours on the train every day travelling between her apartment and her office in Westchester.

Fang has long black hair with bangs. She wears a black pleather jacket and baggy jeans she’s owned for years. She’s applied some foundation to cover acne scars on her cheeks. At a small two-top in IHOP, Fang wears deep maroon lipstick that she smears with her napkin between bites of waffle. She speaks about Foley with uninterrupted enthusiasm.

The craft dates back to vaudeville in the early 1900s, but it wasn’t until Jack Foley performed sound effects for Showboat in 1929 that it began to merge with film. By the 1950s, Foley’s dedicated soundstage became known as “Foley’s stage,” and the art of recorded sound effects became widely recognized in Hollywood. Foley produced sounds by combining technique and intuition. The job of a Foley artist today, only now with the advantage of improved microphones and digital recording devices, is the same. 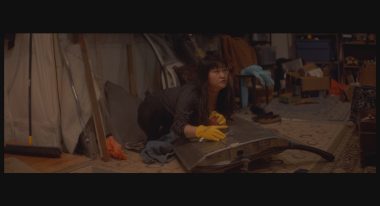 Training a Foley artist takes anywhere between two and five years, says Fang, who is 25 and has worked for industry veteran Leslie Bloome and Ryan Collison at Alchemy since graduating from New York University in 2013. Company employees typically take on one or two jobs in the Foley workflow, which includes mixing, cutting, cueing, recording, and performing sound. “I’m quick in Pro Tools, and I like editing,” says Fang, “but my heart belongs on the Foley stage.” She collaborates most closely with recording engineer named Nick Seaman, an intern turned hire turned close friend. The 35,000 square-foot facility where they work has music recording studios, control rooms, engineering spaces, and a 1,500 square-foot Foley Stage.

Under Bloome’s mentorship, Fang learned theory and technique and quickly began to merge her audio engineering background with the intuition of a performer. “I’m not an actor, I’m simply creating sound, but it’s almost like acting,” she says. When she worked on an episode of Master of None about the progression of a relationship, “Mornings,” she was in the midst of her own breakup. She says it felt intuitive to produce the sound of “making food for yourself when the person you love isn’t there.”

On a more recent project, The Light Between Oceans, she struggled to capture an emotional scene between Michael Fassbender and Alicia Vikander. “How do you communicate the sound of a forceful grab when it’s also a loving embrace?” Just as an actor might tap into personal memories for a difficult moment, so too does Fang rely on life experience to perform Foley. Like with acting, a phoned-in performance won’t fool an audience. A great performance is fully invested, deeply internalized, and truthfully embodied. “I have to feel sincere and real when I do it even though it’s a mechanical process.” It may require only several years to learn technical skills, but the art of Foley is cultivated over a lifetime of experience and years of practice. As someone born in the ’90s, Fang is already somewhat of a Foley anomaly. 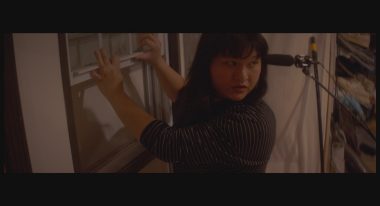 “I live a kind of strangely monk-like existence,” she says. “Recently, I had this routine of getting home at eight o’clock, exercising for an hour, playing video games for an hour, and then playing guitar for an hour.” The physical workout, musical rhythm training and hand-eye coordination all contribute to Fang’s Foley practice. On the walk between the train and her apartment, she’ll mimic a stranger’s gait just to embody the rhythm of a different stride. “Foley is a lifestyle. It’s not just a career choice for me.”

Including the commute, her typical workday is about 12 hours. But in recent months, Fang has been working overtime and weekends to compensate for the time off she has taken. Her physical transformation from male to female involves revising health insurance and gender identification documents, scheduling blood tests and doctor appointments to monitor hormonal changes, and taking testosterone-blocking pills and sublingual estrogen tablets. “There’s never a convenient time to transition, and there’s never a good time to be trans,” she says. “That’s hit me hard over the years — that this is always a struggle.”

Fang wanted to feel solid in her career and grounded emotionally and financially before embarking on a physical transformation, which she describes as a second puberty. The process can be difficult, she says, but gratifying. “I think if I’d have kept going and not intervened with hormones, I probably would have killed myself to be honest.”

Since beginning hormone replacement therapy, Fang says she is more articulate. She says her colleagues noticed a shift in her confidence. Her boss noticed that she began to speak her mind more freely. “I think it’s because I feel more honest with people,” she says. “I can’t hide anymore.” Immediately after Fang revealed her transition at work, her boss ordered new business cards. If she accidentally distributes a leftover old one, she’ll cross out “Jonathan” and write in “Joanna.”

But she was afraid to upset her father.

Three days before Fang was to win her Emmy award, her father emailed from Taiwan, where he lives. He wanted to fly to Los Angeles for the honor. Fang panicked. She’d planned to wear a gown to the award show, even though she’d be dressed as Jonathan for the flight to avoid airport security scrutiny. “How do I broach the subject to my dad that Jonathan isn’t the thing I am anymore?” she asked her sisters. “I wrote him an incredibly long email, telling him everything. He didn’t email me back.” He instead communicated with Fang’s mom, who relayed his sentiment of support. 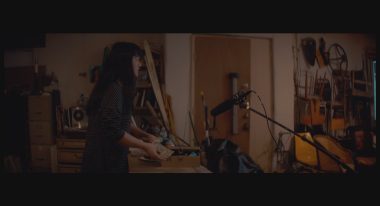 Four months after the Emmy Awards (and since she started hormone replacement therapy), her statue sits in her mom’s house in California. Displayed on the top shelf of her desk in Harlem is the 2016 Primetime Emmy Awards Program, which accidentally misprinted her name as Jonathan (she requested the name change after she was nominated and only two weeks before the event). The award hasn’t affected her definition of success but has amplified her goals as a Foley artist. “I want to define taste and set the bar,” she says. “So much has already innovated, so where can we go from here? What’s next?”

Fang sighs as she looks around her room cluttered with clothes, guitars, and books. She’s now working on the Foley for 10 films slated for the 2017 Sundance Film Festival; that doesn’t leave much time for housekeeping. It doesn’t leave time for much else besides time for Foley. But Fang is a loyal servant of her craft, and what Foley needs, Foley gets. 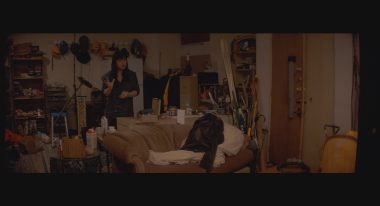