Should Old Acquaintance Be Forgot: On New Year’s Resolutions and Giving Up Midnight Movies 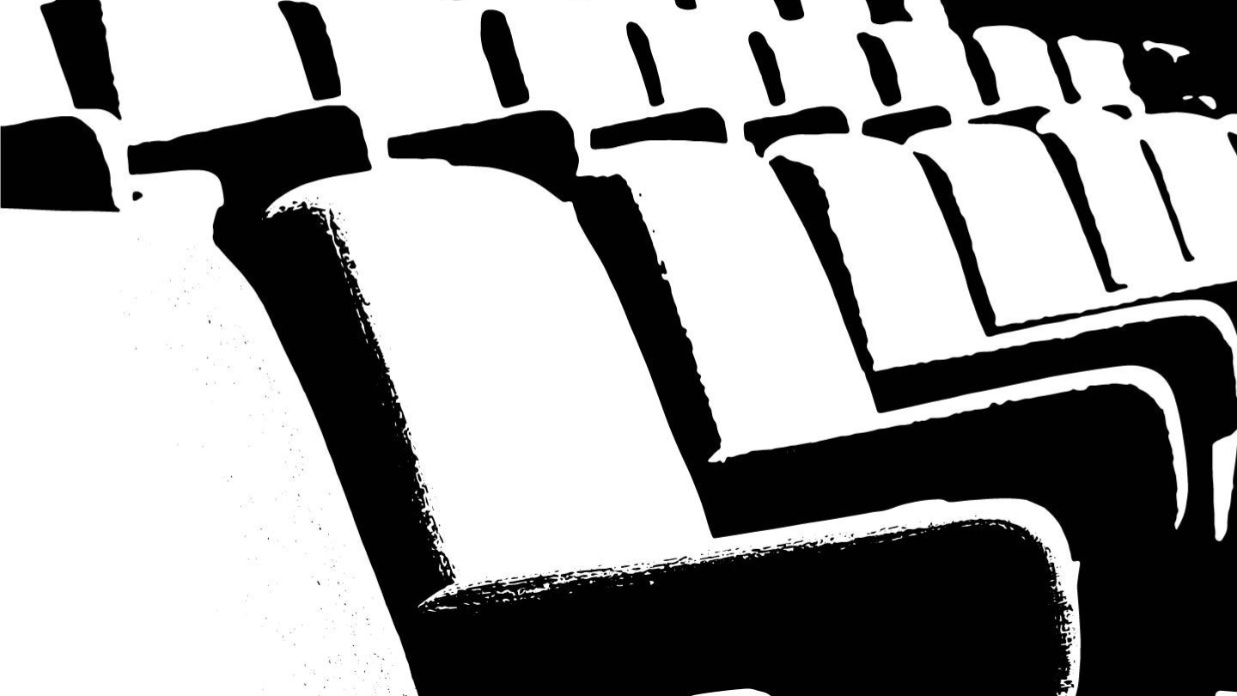 Moviegoers, and I mean like Walker Percy desperation level moviegoers, the kind you see at 12:30 AM screenings of Bad Santa 2, they’ve been looking more pallid and dour than usual of late. Gone is what was left of the spring in their hop, the hop in their step. I see them marching, usually solo, with their Red Vines or Twizzlers, into the darkness, perhaps this time never to return no more again. But even the womb of a dim theater seems to offer little comfort these days to the diehard moviegoer. There is less dreaming now. I should know. I’m one of them. I look behind me at the many empty seats, and it’s a cemetery. The kind they had in old westerns when it rained.

When someone drives into the night to catch a movie that starts at 12:30 am, what are they looking for? The insomnia is not going anywhere, so there’s that. The loneliness is not going anywhere, so there’s that. And then there’s the practical hope, easily achieved, of killing time. Which is of course no achievement at all. But still, somewhere in the heart of even the most cynical moviegoer, there is that ember, that dying bantam spark of — maybe this movie will move me! Maybe this movie will shift me. Maybe this movie will light me up. In the darkness there is light. Right? Maybe? Possibly?

You try listening to the critics. They tell you Manchester By The Sea will have you bawling like a baby. Perfect! You love Kenneth Lonergan’s first two movies and all his plays, even Medieval Play. You go and see Manchester, but you feel more bludgeoned than moved. You wonder if you’re nuts. You know you are, so you stop wondering, and you walk through the parking lot, dodging 3:00 AM rats, telling them in all earnestness that you have no popcorn. You get in the car and drive and while you drive you wonder if all those raving critics have dulled their senses and now need to be whacked in the face by wet snotty tears and huge Boston accents and a stiff self-seriousness just barely disguised by some jokes and curse words. You wonder if you’re being paranoid when you think that somehow the movie exploited Heath Ledger’s death a little. You think about how most of the critics are addicted to Twitter the way that teenagers are addicted to sugar. How can a mind addicted to Twitter be able to see movies clearly? But then again, you used to go to a lot of movies with a crack cocaine addict, and she was more discerning than you when it came to cinema. So who knows how it all works. You come back to that your nuts.

The scariest thing about Donald Trump is how familiar he feels. He sneaks into your memories, blows out the candles of your birthday cakes, and smiles at your mother in an 8 millimeter montage. He’s at your New Years party, uninvited, undaunted, covered in confetti, eating Black Forest cake with little Barron under a red tinsel tree.

Your liberal friends rant about how Trump walls off and scapegoats the other. They rant while in their own lives they play that chic technological game called unfriending. There is a cultural epidemic, you think: Blocking. Conflict is to be avoided at all costs now. If we are challenged, we block. We avoid, we demonize, we lock away using passive-aggressive shunning techniques. We forget that we need some dissension in order to not become draconian. We block ourselves.

No more Gena Rowlands/Cassavetes good old-fashioned yelling arguments. No more drinking with Nick and Nora and all his convict friends as the sun comes up. No more wildness, no more fury, no more throwing plates or being passionate. It’s time to tiptoe, but not through the tulips. It’s time for political correctness, A.O. Scott and hypersensitivity. All that very literal, flat and fundamental focus on what race a filmmaker is or what sex an actor is or having more transgender actors working and on and on…. Mistaking our genitals for our sexuality. Mistaking sexual crudeness for feminism. Referring to ourselves as fixed and solid entities, as opposed to ever-changing and in flux. Reverse racism where anything black is overpraised, and thus condescended. Not seeing beyond skin color at all really. It makes you go find that Nanao Sakaki interview again:

Your Republican friend doesn’t wanna talk about Trump anymore. And neither do you, though you can’t seem to help yourself. So the two of you go watch Isabelle Huppert together. You marvel at how Huppert isn’t asking the camera or the audience or anyone to like her. You mention this to your Republican friend: “If only Trump was more like her, huh? Maybe he’d shut the fuck up for a second, right?” Your friend says: “If only you were more like her, maybe you’d shut the fuck up for a second.”

“But seriously,” I say, as we get in my car. “If you were President, would you cozy up to Putin?”

“If I were President, I would make it so Damien Chazelle wasn’t allowed to mention Charlie Parker in any of his movies anymore.”

“Trump might make it so that no one can mention Charlie Parker anymore.”

“Drop me off here. You don’t know when to quit. You’re an asshole. You goad.”

Fine. I drop him off ten blocks from his house. And block him. For two days. But I think now he’s blocked me.

My New Year’s resolution, even if I’m not supposed to tell anyone, is to stop going to those late-night movies. It takes a toll. And I’m gonna stop provoking people. And I’m never gonna block anyone no more, not even for a minute, because that’s Trumpy. But it all starts with quitting those late-night movies. And if anyone from the ol’ moviegoer gang asks about me, please tell them I’ve gone fishing. But not for Pacific bluefin tuna. Even I’m not that nuts.