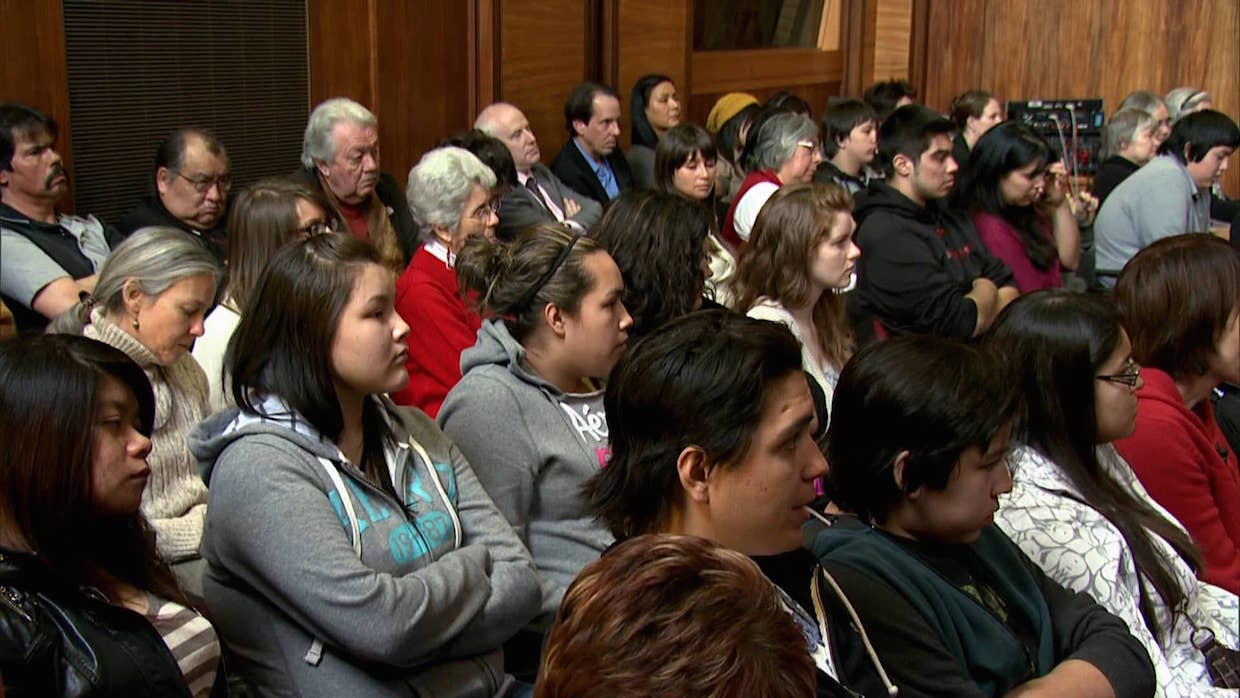 Is it worth developing a taxonomy of film festivals? Would such an order more resemble a food pyramid or a series of loosely overlapping Venn diagrams? At the peak or center of either we can be assured to find prestige world-class festivals à la TIFF or the NYFF. In the 1990s, Montréal had its own to rival and even challenge these, the Montréal World Film Festival. Technically the festival still exists, though as a shell of its former glory following decades of poor programming and mismanagement by the president Serge Losique. As was widely reported in August, this year the bottom almost gave out entirely, with cancelled screenings and the mass exodus of staff.

By 2016, however, much of the big-name festival fare that might have populated the MWFF slate has migrated to the noble Festival du Nouveau Cinéma, which takes place each October, or to the city’s other festivals. How then to assess the current Montreal film festival ecology? In lieu of a banner premiere-oriented festival it’s interesting to note the ways in which the city’s most successful enterprises offer discrete and concentrated programming goals. Some of the most notable promote regional programming, both international (Vues d’Afriques) and local (Rendez-vous du cinéma québécois). Likewise, genre has proven a viable approach for festivals, like the month-long horror and sci-fi juggernaut Fantasia, or the city’s stalwart documentary showcase RIDM (Rencontres internationales du documentaire de Montréal), whose 19th edition ran last November 10-20th.

Of course, one final approach to festival programming is the identity-based festival. While not the explicit aim of RIDM, this year’s festival found the issues of identity, ethics, and representation foregrounded on and off-screen for the second year in a row. While enough has already been written about Dominic Gagnon’s of the North (2015), it’s impossible to assess this year’s edition of RIDM without retracing the film’s disastrous 2015 festival screening and the protracted imbroglio that followed. Constructed entirely out of YouTube clips assembled by the non-indigenous Gagnon — who has never visited the Canadian north — the film was blasted by indigenous activists and artists for perpetuating racist stereotypes. Well-known Inuk musician Tanya Tagaq took particular umbrage after her music was included in the film’s soundtrack without permission.

For all the ire directed towards Gagnon, much blame was placed on the festival as cultural gatekeepers who chose to program the film — or, in more moderate refutations, to present the film independent of context and a properly mediated response from indigenous communities represented in the film. In the subsequent year the film has remained an ongoing point of contention and discussion. In February a number of prominent Quebecois scholars and artists, including filmmakers Denis Coté and Anne Émond, signed a joint letter in support of the film and against calls for its “censorship.” As such, the dark cloud of the film and tarnished relationships hung heavy over this year’s festival. Assessing the value and approach to programming of RIDM 2016 becomes a matter of perspective. Was this year’s festival, which placed indigenous narratives and voices explicitly at the forefront, evidence of an effort at community healing and progressive ideals, or — more cynically — an optically-oriented effort to save face, enacted too late?

In addition to a diverse number of documentaries by Mohawk, Ojibwa, Abenaki and Inuk filmmakers, the festival included extensive public programming. Most notable was a panel entitled “Indigenous Videographers Shoot Back,” which included filmmakers Alanis Obomsawin, Alethea Arnaquq-Baril and Isabella Weetaluktuk, as well as Adam and Zach Khalil, whose audacious INAATE/SE [it Shines A Certain Way. To A Certain Place./it Flies. Falls./] remains one of the year’s best and most under-seen experiments in non-fiction. Promoted as a discussion about practice and aesthetics, the event quickly pivoted to the festival’s previous edition and the lack of accountability on the festival’s behalf for having chosen to present and defend of the North.

The uneasy sense of the festival grappling with issues of indigenous representation was evidenced as well with the presentation of Aude Leroux-Lévesque and Sébastien Rist’s Chez Les Geants (Living with Giants) and its ancillary bilingual panel discussion on “Challenges Facing Inuit Youth.” Directed by two non-indigenous filmmakers, Chez les Géants belied a film driven by good intentions if underserved by a lack of collaboration, perhaps a synecdoche of the festival as a whole. We might commend the two filmmakers for their commitment to the project, which took over five years to shoot. During that time the film follows the lives of young lovers Paulusie Kasudluak and Nikuusi Elijassiapik. Early in the film the pair speak about their dreams and goals (to become a great hunter and support his community and to attend college, respectively). Unfortunately, after a jealous brawl Paulusie is imprisoned for 3 years. Unable to ever recover or move forward, he ultimately takes his own life.

The story the documentary tells sadly isn’t an uncommon one; suicide rates for Inuit youth are estimated to be 11 times higher than Canada’s general suicide rate, an unnamed and unseen epidemic. What makes Chez les Géants a particularly uneasy film is the filmmakers’ approach to structuring and narrativizing their content. The subject’s death isn’t mentioned in any promotional material, which instead vaguely frames the film as a portrait of guilt and personal struggle, and the “change(d) course” of Paulusie and his loved one’s lives. Additional artistic decisions include fantastical interludes and lyrical reflection on the natural harshness of the arctic, shot through extended tracking shots, moments that, while beautiful, most often seem to reflect the filmmakers’ conceptions of the arctic more than that of their subjects. The continued centering of the filmmakers’ experience was echoed in the subsequent panel discussion, including the moderator’s perplexing first question, asking Leroux-Lévesque and Rist how a five-year shoot that included the suicide of the main subject affected them personally. More valuable and immediate were contribution from panelists like athlete Deseray Cumberbatch and Inuk musician Beatrice Deer, who worked as a translator on the film and bravely spoke of her own history with mental health issues.

A more focused and successful portrayal of Inuit life at the festival was Alethea Arnaquq-Baril’s Angry Inuk, which won the festival’s Magnus Isacsson Award for socially conscious work, and the Women Inmates’ Award, an award determined by inmates of Quebec’s Joliette Institution. The film was also recently selected for Canada’s Top Ten 2016, TIFF’s annual touring festival. An explicit work of activist filmmaking, Arnaquq-Baril’s documentary follows the director’s ongoing efforts to inform and influence both opinion and policy regarding seal-hunting in Canada’s northern communities. In addition to an elegant and urgent recapitulation of the ongoing eschewal of indigenous rights and the decimation wrought on northern communities following the 1980s bans on seal meat, the film both challenges and implicates itself in the ongoing war of public opinion being waged online and in the media.

This history of Canadian non-fiction film is one deeply imbricated with activism and efforts to upset the uni-directional flow of information and structure of documentary media production. Angry Inuk extends the efforts of the National Film Board of Canada’s Challenge for Change initiative — which worked to place the means of cinematic production in the hands of marginalized communities — by its social media savvy “seal-fie” campaign, inviting audiences to contribute selfies with seal garb to social media, an effort of self-visualization practices that serves to challenge accepted methods of distribution and exhibition.

We Can’t Make the Same Mistake Twice, the latest film by Alanis Obomsawin, was another film that engaged with issues of indigenous life in Canada and one of the finest films of this year’s festival — independent of any qualifiers one might be tempted to add, be it Canadian, Indigenous, or woman-directed. Active since the early 1970s, Obomsawin, now 84, has earned her place as one of Canada’s most valued and steadfast documentarians, even if that reputation hasn’t always extended south of the border. Kanehsatake: 270 Years of Resistance, Obomsawin’s 1992 documentary about the Oka Crisis outside of Montreal, has gradually emerged as her masterpiece, an urgent, on-the-ground document of the clashes between government forces and First Nations — an often uncomfortable relationship that has informed the majority of her films. If Kanehsatake is a case of lightning captured in a bottle, then We Can’t Make the Same Mistake Twice is a decidedly slower burn and late-career triumph. Structured around a protracted court case lead by activist Cindy Blackstock, the film traces a discrimination claim first raised against the federal government in 2007, arguing that there’s a lapse in child services between indigenous children on reserves or in the north and the rest of Canadians.

Slowly unfolding over several years and a rotating backdrop of beige and brown rooms, Obomsawin films her scenes with the clarity and precision of a late master (comparisons with Frederick Wiseman’s deft eye in the courtroom scenes are apt). The director’s voice-over is sparse, instead opting to let the witness testimonials guide the majority of the film, while between court scenes we see a number of interviews with Blackstock and families working to support the case. The film is nearly three hours, but the slow and steady pace is a deliberate one, emphasizing the drudgery of the case and highlighting the government’s continued efforts to delay the case via the slow violence of bureaucracy. For Obomsawin the process isn’t new, and throughout the film explicit and implicit connections are raised to Canada’s deplorable history of the Indian Residential School system. While not seen, the knowledge that Canadian Truth and Reconciliation hearings about that history were taking place coterminous with the film’s central case emphasizes and undergirds the ways in which such a legacy of discrimination is more immediate than one might like to admit.

Midway through this year’s festival, following cancelled events, open letters, and continued protestations against the festival’s earlier conduct, RIDM issued an official apology for having presented of the North, a unique and unconventional about-face on behalf of the festival programming team. The statement refers to the unanimous condemnation the festival received during their “Indigenous Videographers Shoot Back” panel, and apologizes “for having presented a film with a colonial perspective that perpetuates racist stereotypes.” The apology arrives as preparations are currently underway all across Canada to celebrate the nation’s sesquicentennial in 2017, looking back at the past 150 years with (what one hopes to be) a critical eye for the future. The 2016 edition of RIDM may have been uneven advance in that direction, but a development that leaves one hopeful about reconciliation and a new beginning or — to borrow a phrase from one of the major “Canada 150” arts initiatives — a new chapter.