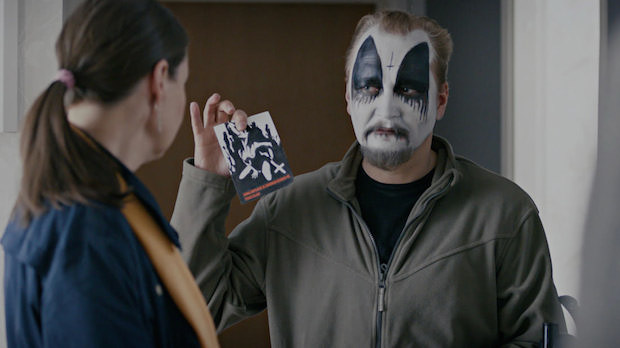 The development of Fucking Bunnies took almost two years. In every step of the way we needed to assure the funders (Finnish Film Foundation and Finnish Broadcasting Company YLE) again and again that we’re doing something really worth doing and seeing. The theme of xenophobia had been there right from the start, but in the beginning the script had more emphasis on the sexual stuff – which of course is always good fun. However things didn’t really start moving forward before we edited the story to tell more about the main characters’ peculiar journey to become friends and how the satanistic cult leader just wants to play squash with his reluctant neighbor. So we ended up being a bit more civilized.

I and screenwriter Antti Toivonen really enjoy writing stuff which appears to be really clumsy and lame when reading it but when we got to do it on set it turns out to be quite funny. That is the magic of setting and direction. This deliberate lameness or as I like to say it – “bad taste done with good taste” – was not easy to communicate to the funders. I think that has also been the main thing separating people who has seen the final film. You either enjoy the tone of comedy or just don’t get it. I am happy to say that luckily the whole crew and cast understood what we were doing and I believe it shows in the film.”