“We Are Living through a Very Divisive Time”: Director Barbara Kopple | This Is Everything: Gigi Gorgeous 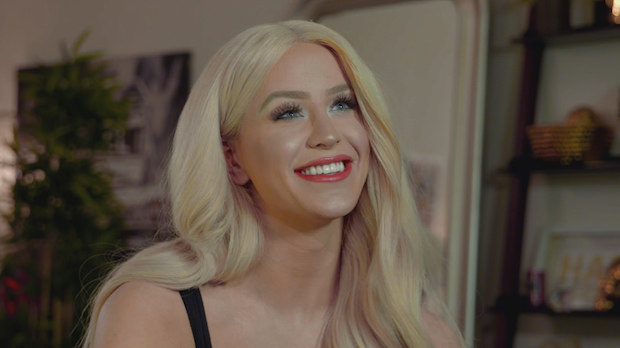 This Is Everything: Gigi Gorgeous

Obviously we are living through a very divisive time, and transgender issues are among the most controversial of what people call “the culture wars.” That was something I was aware of while making this movie, and it’s something we are aware of as we release it. That said, every film I make involves going as deeply as I can inside the lives of the people whose stories we are telling and bringing the audience into those lives. So the controversy of the subject didn’t really affect how I approached my job. My job was still to tell another human being’s story.

The late, great advocate for documentary, Roger Ebert, once said that films serve as empathy machines. “We all are born with a certain package,” he said, as captured in the wonderful Steve James documentary. “We are who we are: Where we were born, who we were born as, how we were raised. We’re kind of stuck inside that person, and the purpose of civilization and growth is to be able to reach out and empathize a little bit with other people. And for me, the movies are like a machine that generates empathy. It lets you understand a little bit more about different hopes, aspirations, dreams and fears. It helps us to identify with the people who are sharing this journey with us.”

There are a lot of people in the middle of the country, the rural areas, the so-called “red states,” who may have never met a transgender person in real life. Even in the cities, many of us may fall into the same category. To many, their entire knowledge of the trans experience is through what they have seen in media. So that’s a huge responsibility to the filmmakers who tackle these stories, how you communicate that experience to viewers. However, I knew that if I was true to the spirit and person of Gigi, viewers would come to empathize and understand in a way they might never otherwise, because as Ebert said, movies do that.

Communication is also really at the center of This Is Everything. How Gigi communicates to her family, especially her father, that she was born a woman. She became famous on YouTube because she communicated so openly and connected with millions in the process, inviting them into her journey to become a woman. She proved to be a great communicator to her own audience, and through her we had a roadmap as to how to communicate her story to our audience. Once you can understand a person’s background, their experiences, their perspectives, you can understand a person. With that comes acceptance. That’s a big part of why I make movies.