Panasonic GH5 Raises the Bar with 6K and Much More 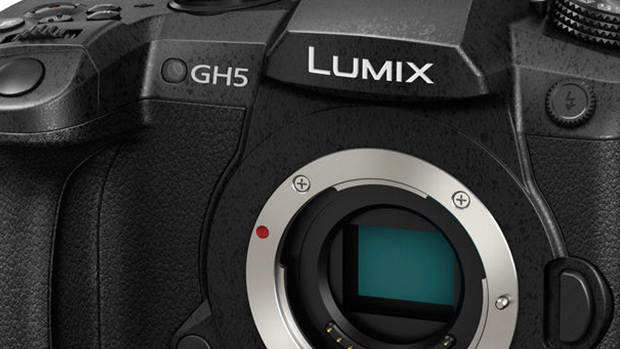 by Michael Murie
in Cinematography, Filmmaking
on Jan 10, 2017

Panasonic’s GH4 has been a hit with documentary and low-budget indie filmmakers thanks to its small size, internal 4K recording and low cost. But it’s now over two and a half years old, and in today’s world that can be a lifetime for a camera. Fortunately, Panasonic has a replacement coming that looks like it could be as popular as the GH4, not only because it improves on the original capabilities but because it also marks a first step to 6K capture.

Panasonic first teased the GH5 in September, but at CES they announced the feature list, along with planned enhancements that will come after the camera ships in March. Like the GH4, the GH5 records 4K internally, but the color depth has been improved and with a firmware update will offer internal 4:2:2 10 bit DCI 4K at 400 Mbps (4:2:0 and 150Mbps at launch, but free firmware update will come in the summer). This is a major step forward for cameras in this price range.

I want to get this feature out of the way first, not because I think it’s the most important one but because it’s intriguing and will be of interest to anyone chasing the highest resolution possible. However, like many early 4K — or even HD — cameras, we’re still a step away from “real” 6K resolutions in cameras in this size and price range.

The GH5 has two modes for capturing 6K sequences, but in both cases it’s capturing a 4:3 image, which is the aspect ratio of the sensor.

The 6K Photo Mode is intended to capture a short burst of frames that you can then export individual stills from. You can define the length of burst to record and have the camera continually over-write until you trigger the end of the sequence.

The Photo Mode is not intended for true video capture, but later in the year Panasonic will add 6K Anamorphic Mode, which captures a video sequence from the entire sensor, again at 4:3. The maximum quoted resolution of the sensor is 5184 x 3888, and a 6K 16:9 frame would be larger than that horizontally: 5760 x 3240. Panasonic is calling this “High Resolution Anamorphic,” and it will require an anamorphic lens.

The GH4 has a 4K Photo Mode and 4K Anamorphic Mode for video and with the higher resolution of the GH5, Panasonic has been able to make a 6K version of these features. If you’re willing to use an anamorphic lens you’ll get close to 6K capture with this camera. 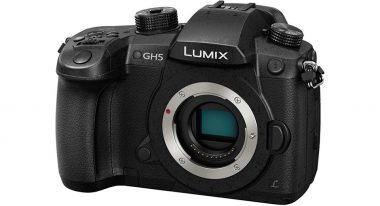 Even without 6K, the GH5 includes many new features that will capture the attention of filmmakers, including increased bit depth and a 5-axis image stabilization (which requires you use Lumix OIS-capable lenses). The GH5 adds a full-sized HDMI port rather than a mini, and there’s an HDMI lock. Also new are dual SD slots which can be used in Continuous mode (with hot-swapping), or Backup (duplicate) mode. A third mode, Distribution, is not well explained, though one report states that you can record in two different formats.

Autofocus speed and accuracy have been increased, and even better, it’s a world camera that can record in NTSC or PAL with no time limit. There is no longer a 29-minute time limit on recording. The camera also adds H.265 as a video recording option.

The resolution of the LCD touch screen has been improved, and the EVF is an OLED with 3,680K-dot high resolution and 100% field of view.

A new XLR adapter has been announced which, unlike the GH4’s, draws power from the camera through the hot-shoe. There is also a standard 3.5mm mic jack — and a headphone jack — and two internal microphones; with one being used for noise cancelling.

There’s now waveform monitor and vectorscope displays, and up to four Lookup tables (LUT) can be loaded into the camera. Panasonic is also promising a Hybrid Log gamma. An automatic focus pulling feature allows you to choose two areas of a scene and have the camera shift focus from one to the other at a predefined speed.

Sensor Changes
The GH5 has a higher resolution sensor than the GH4. Panasonic says that the GH5 will have the same dynamic range — 12 steps with the optional VLog profile which costs $100 — and slightly improved low-light performance. ISO sensitivity is quoted as the same as the GH4: 200-25,600, so don’t expect big changes from the GH4. While the sensor performance has improved, the smaller pixel size increases noise, which virtually negates the improvements in sensor design. The camera has three levels of built-in noise reduction. At the moment you can’t turn this off, but only choose between high, moderate and low.

Readout speed from the new chip is faster than the previous version, which should reduce rolling shutter. Finally, there’s no low-pass filter (usually used to reduce moiré) on the sensor, which should improve sharpness — they also say that they aren’t using line skipping or binning, so moiré should not be a problem.

Anything missing?
There’s no built-in ND — Panasonic says that with a removable lens there’s not enough room between the mount and the sensor to put in an ND. There’s also no RAW recording option; Panasonic says that this is a limitation of memory speed. SD cards aren’t fast enough, and using a different memory would increase the cost and the size of the camera. Panasonic considers the customers for this camera to be consumers and high-level amateurs, though they know that professionals will use the camera as well.

The GH5 won’t work with the YAGH unit available for the GH4 — which provided SDI and audio output — and they have not announced a replacement.

Finally, the camera is 10% larger than the GH4, so it may not fit in places a GH4 does.

Conclusion
This camera is a significant step up from the GH4. It also makes for an interesting alternative to the competition, such as the Sony’s A7S II — another small mirror-less camera that is popular with filmmakers. In comparing the two, the Sony is smaller in body size, but being a full-frame camera it’s lenses tend to be larger and more expensive. Low-light performance of the A7S II is amazing, and it’s full-size sensor appeals to those trying to get a cinematic look.

But for documentary and many low-budget indie projects, the small sensor of the GH5 can be an advantage as the wider depth of field reduces the chance of focus problems. And for a cinematic look, you can always go anamorphic.

The higher color bit depth is of particular interest, but we really need to see how the camera performs — and whether things like rolling shutter are noticeably reduced — before making a final choice. On paper Panasonic has produced a solid upgrade with the GH5.