“The Grandeur of this Exceptional Human”: DP Alice Gu on Take Every Wave: The Life of Laird Hamilton 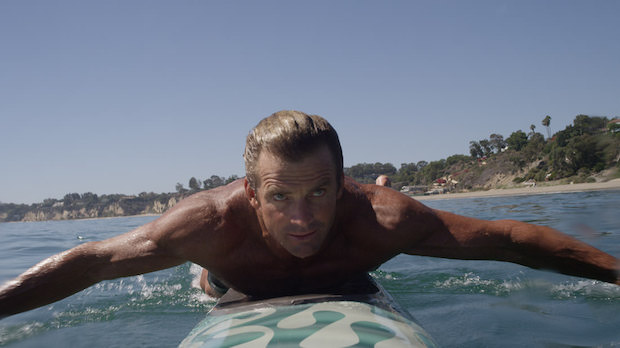 Among the world’s most well-known surfers, Laird Hamilton has surfed professionally since he was 17 years old. Now in his 50s, he’s the subject of a documentary from Academy Award-nominated director Rory Kennedy. Take Every Wave offers a profile of Hamilton as a surfing innovator, celebrity and family man. Below, DP Alice Gu discusses the challenges of shooting this fast-moving, larger-than-life figure. Gu, one of two DPs on the project, goes into detail on the cameras and lenses required for the project. Take Every Wave will screen four times during the 2017 Sundance Film Festival.

Gu: I had a previous relationship working with Laird on a couple of his other projects – namely, his apparel line, Laird Apparel. We had spent some time shooting together in Kauai and Cabo and found that we had a good, easy rapport. Luckily, I’m also able to keep up with him and anticipate, somewhat (it’s Laird!), his movements, which is critical to working with him. He doesn’t like to be waiting for anything, so we have to make sure that we are always ready to go.

Gu: Laird is a unique and larger-than-life person. One-of-a-kind, really. His athletic feats and public persona are rather well-known. However, in his private life, he is funny and very loving with his family and friends. It was very important to me to capture the splendor of Laird and the life of big wave surfing and foiling that surrounds him, while being able to capture intimate and vulnerable moments with him and those in his inner circle. It was important for me to have wide dynamic range to do justice to the locales where we’d be shooting in day exterior conditions – Hawaii, Bermuda, Malibu. I really felt like I had to capture the grandeur of this exceptional human, hence the film needed to look very filmic and not like your “typical” documentary.

Gu: I’m not sure if it’s a specific influence, but I like the look of dirty coverage, especially in the more intimate scenes with Laird and friends and family. I feel like it lends the viewer an emotional feel and a closeness to our subjects.

Gu: Being a documentary, and having to be on my toes, the main challenges are wanting to take the time to give the film a point-of-view and a cinematic look without compromising time and spontaneity.

Gu: I had to choose a camera package that I could move quickly and be agile, without compromising image quality, which was paramount to me for this project. With the support of Keslow Camera, I was able to have every tool at my disposable for the best image capture. Shooting on the Arri Amira, I was able to program all my toggle switches and easily switch color temperature, frame rate, ISO. Again, Laird doesn’t like to wait for anything, so it was very important for me to be able to change settings on the fly.

The workhorse of this film was the Fujinon 19mm-90mm. This lightweight zoom allowed me a good range to work with, and I could easily use the Century 2X extender, when I needed it. For our pool scenes, I used the Alexa in a Hydroflex Mk 5 housing with Super Speeds. The Hydroflex Mk 5 was a bit more cumbersome to work with, but it allowed Rory to view what I was shooting, and allow for my AC to adjust iris. The underwater scenes were meant to have a very artistic feel – so we allowed ourselves a little more time with these, and thankfully, Laird was understanding and patient. At times, we would have a RED Epic as a secondary camera, also with a 19-90mm.

Gu: I never want a scene to look “lit.” Utilizing our beautiful exterior locations, or even day interior, I just always tried to shoot in a favorable angle for our natural light to shine. I try to make everything look as natural and organic as possible.

Gu: Probably the most difficult scene to realize was shooting Laird foiling, towed by a boat in Bermuda. We had some pretty rough seas, and no budget nor support to shoot boat-to-boat with a Hydroflex head, or anything like that. Again, being important for this film to feel “big” and cinematic, I couldn’t bear with having camera shake. We traveled with the Tyler mini gyro-stabilized head and I was able to use that handheld on our rip. Mind you, we were filming with the Oracle America’s Cup team, so those rips are very fast! Being able to capture a boat-to-boat look traveling at 25-30 knots handheld, with minimal crew, was quite the challenge. Worth it, though!

Gu: None of the look was “baked in.” I was fortunate enough to be able to shoot everything in Log and utilize the entire dynamic range of the Amira and cultivate the look in our DI process.