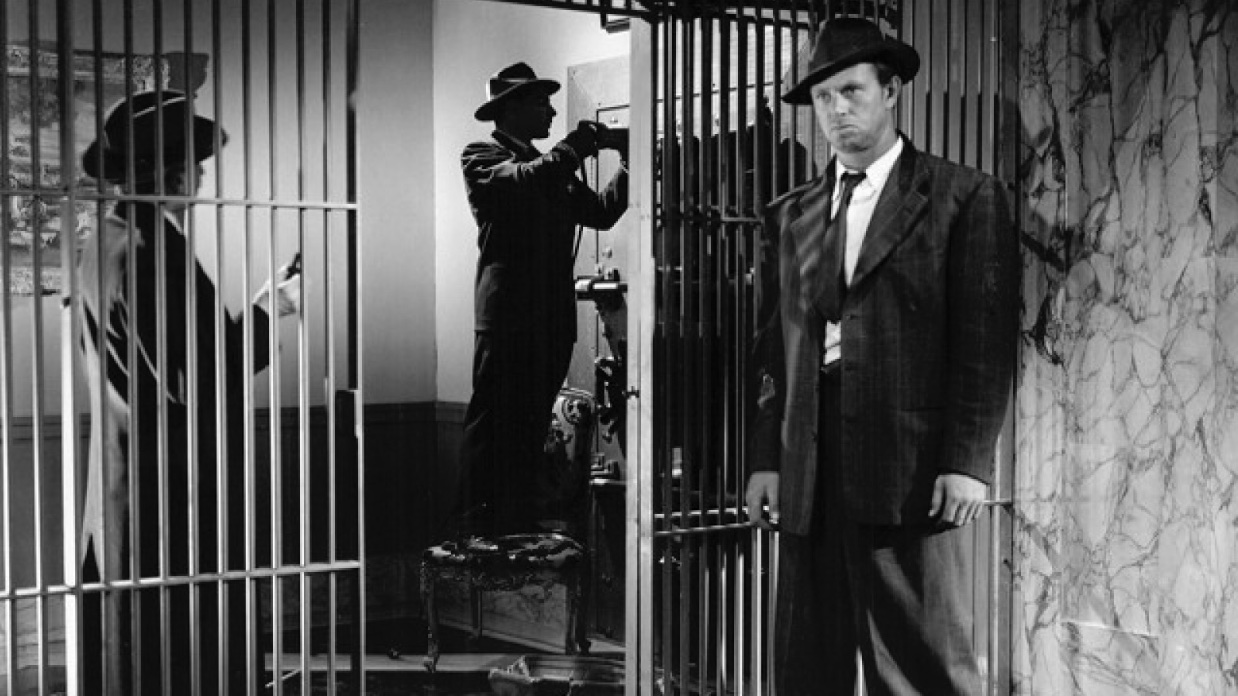 Nearly 30 years after his death, writer-director John Huston remains, in my estimation, a slightly underrated figure in the landscape of American cinema. This may seem like a perverse statement given his multiple Academy Award nominations (including two wins) and the fact that several of his films (The Maltese Falcon, The Treasure of the Sierra Madre, The African Queen, etc.) are widely acknowledged classics, but Huston is even better — far better, in fact — than his reputation suggests. His is a career of astonishing variety and endless probing, one that includes not only multiple jewels of classical Hollywood narrative like the aforementioned trio (as well as Key Largo and The Man Who Would Be King) but also searing wartime documentaries (most notably Let There Be Light, a major influence on P.T. Anderson’s The Master), idiosyncratic experiments (Reflections in a Golden Eye, Moulin Rouge, Moby Dick), eccentric comedies smuggled through the studio system (Beat the Devil, The Life and Times of Judge Roy Bean), and audacious, uncategorizable one-offs like Freud and Wise Blood. And this is just scratching the surface, since Huston got more fearless with age — the guy made one of the greatest detective films ever made as his feature debut (Maltese Falcon), but the movies he made in his old age like Fat City and Under the Volcano blow it out of the water — and in between them he was taking on mainstream assignments like the Broadway musical adaptation Annie and the Sylvester Stallone-Michael Caine vehicle Victory. There’s never been another career like his, and there probably never will be now that the system that supported him is essentially gone.

While it may not be his best film (I’d nominate The Misfits or The Dead for that honor), I can think of no better place to start serious study of Huston than his 1950 caper movie The Asphalt Jungle, and no better way to experience it than on Criterion’s new Blu-ray edition. A transitional film between Huston’s relatively traditional 1940s output and the more ambitious work to follow, it’s a fascinating hybrid of influences, a film noir heavily informed by Italian neorealism as well as Huston’s own detour into documentary work that provides the satisfactions of a conventional crime film with none of the clichés. A tale of a heist gone bad that looks forward to both Kubrick’s The Killing and Tarantino’s Reservoir Dogs, it’s an emblematic catalog of Huston’s preoccupations, particularly his obsession with groups of men under pressure who are doomed from the start. It’s also a clinic in subtle visual storytelling, as Huston employs a stripped-down style of long takes and framing in depth to pack his compositions with information without ever calling attention to the technique. Yet close analysis reveals technique to spare, particularly in the way Huston uses the 1.33:1 aspect ratio to move characters back and forth across multiple planes of action; his is an invisible style, but it’s a rewarding one, particularly on repeat viewings. As usual, Criterion provides a wealth of helpful contextualizing supplements, including archival interviews with Huston himself and appreciations by cinematographer extraordinaire John Bailey and film noir expert Eddie Muller. (There’s also a terrific commentary track by film scholar Drew Casper ported over from an earlier DVD release.)

One of The Asphalt Jungle’s finest and most underrated descendants, the 1981 crime film Loophole, has also been newly issued on Blu-ray. Directed by John Quested, an accomplished line producer who had a hand in the second unit direction of a couple of James Bond films, it’s a terrific action movie in which American architect Martin Sheen joins forces with British thief Albert Finney to tunnel into a bank vault. Like Asphalt and Jules Dassin’s Rififi, both of which Quested has acknowledged as influences, Loophole contains a riveting extended heist sequence in which suspense is generated by the sheer accretion of detail, presented piece by visually thrilling piece. The Blu-ray contains a superb commentary track in which FilmWax Radio’s Adam Schartoff interviews Quested about the film’s production, and it’s one of several recent special editions from Kino Lorber that I highly recommend. In addition to Loophole, the label has resurrected Michael Schultz’s long unavailable 1979 comedy Scavenger Hunt, a boisterous ensemble farce with one of the most delightfully weird casts ever assembled — where else are you going to find Richard Benjamin, Vincent Price, Ruth Gordon, and Arnold Schwarzenegger in the same movie? – and they’ve also released a beautiful high-def upgrade of one of the best early 1950s Biblical epics, Henry King’s David and Bathsheba. My personal favorite of the new batch of Kino releases is Who?, a massively entertaining sci-fi spy film from 1975 in which an American scientist disappears in the Soviet Union only to resurface as a half-man, half-robot who has been reconstructed by the Russians. Elliott Gould, right in the era when he was doing much of his best work, stars as a federal agent whose job is to figure out whether the bionic scientist is who he claims to be or a Soviet plant. The disc contains a lively commentary by director Jack Gold and film scholar Anthony Sloman, and like many of the other recent Kino Lorber titles provides an amusingly instructive snapshot of the period in which it was made.