“Letting Moments Breathe and Have the Space to Flourish”: Editor Joi McMillon on Lemon 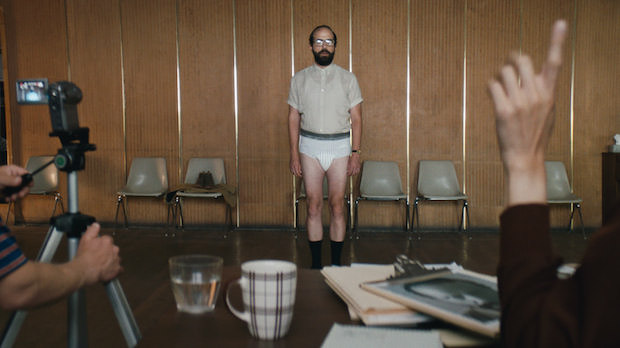 by Filmmaker Staff
in Editors, Interviews, Sundance
on Jan 27, 2017

Joi McMillon received an Eddie Award nomination earlier this year for her work on Moonlight. An editor on a number of shorts and TV series, including an episode of Girls, McMillon’s newest feature is Lemon from writer/director Janicza Bravo. Filmmaker, which hailed Bravo as one of its 25 New Faces in 2014, spoke with McMillon before the 2017 Sundance Film Festival about the genre-defying new film. McMillon discussed the film’s unique blend of comedy and drama, the importance of an unspoken glance and her cinematic influences. Lemon stars Brett Gelman, Judy Greer and Michael Cera.

McMillon: Prior to Lemon, I collaborated with Janicza on her short film Man Rots from the Head. During that experience we realized how in sync our filmmaking sensibilities are. After we wrapped on that project Janicza asked me to join her on Lemon and I was honored to do so.

McMillon: Janicza creates characters with incredible depth. I dedicate a lot of energy to preserving and enriching these fully formed individuals and I try to be careful not to incidentally cut any of the subtext that she so artfully utilizes with or around them. This film also blends drama and comedy in a really interesting way, so I’m constantly trying to find that perfect tonal balance to make sure the cuts are either enhancing each moment as much as possible, or in some cases just letting moments breathe and have the space to flourish on their own.

McMillon: On this film it’s been all about paying attention to what the characters aren’t saying. Glances and gestures can speak volumes and are essential to the storytelling. If I cut a line but keep a glance that conveys the same emotion or meaning, then we’re still staying true to the original story Janicza set out to tell.

McMillon: Throughout my career I’ve apprenticed for Terilyn Shropshire and I’ve been the assistant editor for Curtiss Clayton, Maysie Hoy and Nancy Richardson. All of these editors taught me a great deal and I’m sure my style has been impacted by each of them in some way.

In terms of influences, as filmmakers I believe we’re influenced by just about everything we watch, be it something we loved or hated. I have no doubt that the films that I am inspired by make a contribution to my own personal style. One that stands out to me is the film Go, which was edited by Stephen Mirrione. I first saw the film when I was a junior in high school, which was around the time that I’d decided I wanted to be a film editor. The pace and energy of that film was like nothing I’d experienced before and I continued to think about it long after seeing it, trying to dissect exactly how certain moments were achieved. The editing of that film blew my mind and solidified my desire to become an editor. Later in film school, I experienced Three Colors: Blue, Amélie and Requiem for a Dream, which all had a transformative effect on me as well. These films revealed to me how crucial the editing process is to the final product of the film and highlighted the responsibilities you are taking on as an editor.

McMillon: For this project we worked on Premiere. We chose this software due to the fact that it would be an easier transition for Janicza who was used to working on FCP 7.

McMillon: That’s a hard to question to answer — every scene in one way or another can be challenging. I believe the one that we transformed the most would be the second scene in the film. We’re setting up these two people that have been in a relationship for ten years. Originally it was written for each character to talk to one another in a very understanding way. Yet, as we continued to work on the scene, we realized these people are in a relationship with one another but are not truly hearing what each other has to say. That’s when we began to change the edit so we would now have them interrupt each other and replace certain lines of dialogue with silence or looks of frustration. What we did was very subtle, but it had a real effect. In my experience it’s often the process of simplifying that can take the most time.

McMillon: What I truly love about Lemon are the multiple meanings and layers that the film achieves. Yes, there is humor but ultimately there is a sense of determination that I think we all hold onto in our lives. We hold on to the fact that if things are falling apart there will be a time when things will get better…we just need to hang on and make it to the good times.