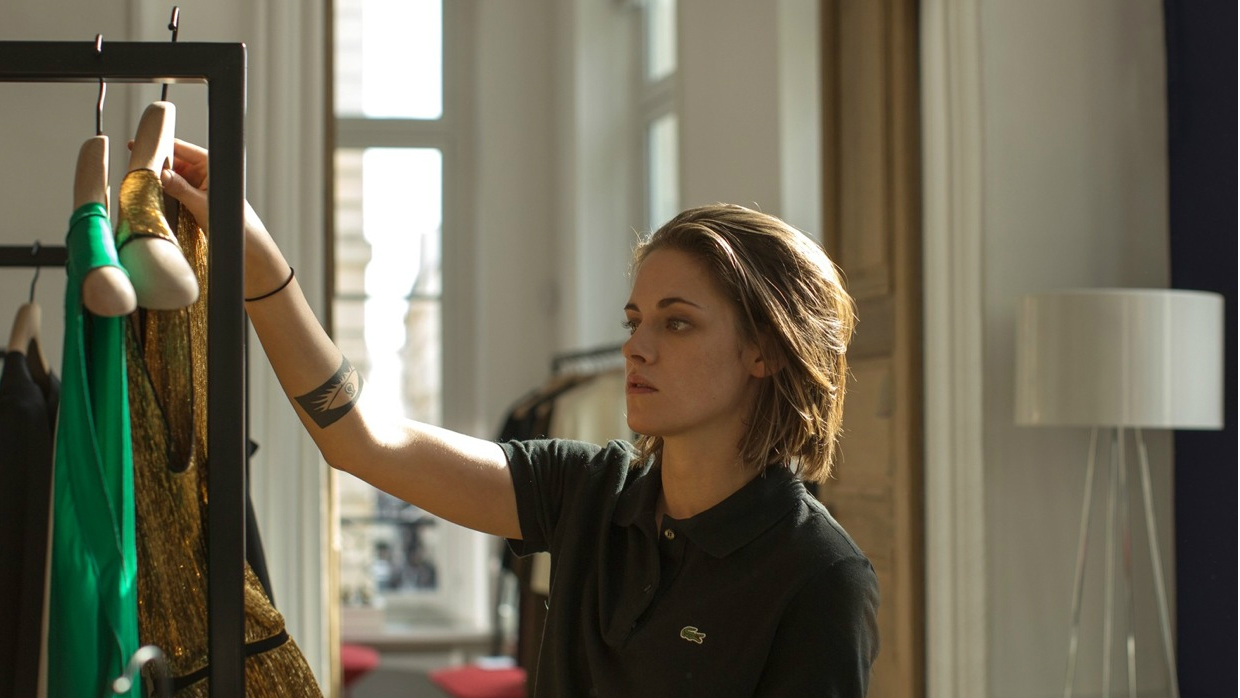 It only dawned on me last week — midway through four consecutive days spent at Lincoln Center’s Jean-Pierre Léaud retrospective — that Olivier Assayas and Philippe Garrel are essentially contemporaries. This isn’t obvious if you look at their filmographies: Garrel made his first short in 1964 (when he was all of 16!) and his first feature three years later. Assayas didn’t make his first short until 1979 and his first feature until 1986; looking at those dates, they’d appear to be filmmakers from different generations, even if at least somewhat temperamentally aligned in their backgrounds (both began as painters). Garrel was born in 1948, Assayas in 1955, and that seven-year gap gave them entirely different perspectives on May ’68: Garrel was there on the ground, and was so dispirited by the movement’s collapse that he promptly decamped to Germany to regroup, where he made Le révélateur.

In A Post-May Adolescence, Assayas’s “open letter” to Alice Debord, he recalls that he was too young and too far physically removed to participate. Assayas was keenly aware that he had missed an important political moment, a realization that expanded when he discovered Situationism, first via René Viénet, which set him down a reading trail that led to Guy Debord’s The Society of the Spectacle. Here, too, lay a problem: by the time he’d found it, the Situationist International had disbanded, and what Assayas read seemed both a vital text to understanding the world around him and a dead end guide to possibilities that no longer existed. Another problem: the apparatus of commercial filmmaking seemed directly at odds with Situationism. Assayas’s fairly remarkable conclusion was that filmmaking is, or can be conceived of, as an inherently Situationist endeavor: the leveraging of capital, a specific set of locations, and the talents of a group of people to respond to the moment. Having resolved that in his head, he was able to begin thinking about making films.

Garrel needed no such permission; he simply began making films, cobbling them together from loose ends, often working without sound for lack of funds, acting as his own producer until 1983. (From his first feature on, Assayas has worked with producers; in terms of working methods, he’s definitely calling from inside the house.) Garrel’s repeatedly defined film as “Freud x Lumière,” a formulation that (no matter how remarkable the results) strikes me as a little naive, and his artistic father is, as he’s repeatedly said, Godard. Not so Assayas: “when I first started to go into making films I didn’t go into abstraction, because I felt that abstraction in cinema was mostly Godardian,” he told Brian Price and Meghan Sutherland. “Everything around was half-baked Godardism, in one way or another. It became artistically and culturally suffocating.” Instead, “it was a mixture of François Truffaut and Bergman which made me understand the space where I felt I could make movies […] To me Truffaut is a genius, one of the great filmmakers of all time.” Assayas is also certainly aware of the unpleasant exchange between Godard and Truffaut, whose friendship ceased when the former sent a nasty letter regarding Day For Night, stating that Truffaut’s “expensive films” had left less money for his own. Truffaut’s seething response accused Godard of rank economic dishonesty: “Everyone knows how determined you were to get J[ane] Fonda [for Tout Va Bien] who was beginning to lose interest, when all your backers were telling you to take just anyone. […] And then we read in the newspapers: he had stars ‘imposed’ on him.” Truffaut’s charge does not seem entirely untrue: Godard’s work was just as financing-dependent on stars as Truaffaut’s, he was just more openly/ostensibly antagonistic about it.

All this history, and certainly the same considerations, seem pertinent to Assayas’s films, and specifically (finally we have arrived!) to Personal Shopper. This is an understandably divisive film, a ghost story that doesn’t particularly follow through on its supernatural elements; one key shot (involving doors opening) makes it, as far as I can tell, to fix the film’s meaning, either literally or allegorically. Protagonist Maureen (Kristen Stewart) makes her living purchasing clothes for an extremely capricious model, a job which involves regular travel between Paris and London. In other words, Maureen applies her taste and talents to understand and satisfy the taste of others within the context of globalized business, which can serve as a a fairly direct metaphor for the director himself. Personal Shopper can be understood as the Situationist leveraging of a particular set of resources, the most important of which is Stewart herself. The actress’s relationship to the fashion world seems a key factor in Karl Lagerfeld’s participation: it’s thanks to his financial input that Assayas was able to shoot both this and Clouds of Sils Maria on 35mm. Both contain copious amounts of Chanel product, which is obviously not an accident. For months following the film’s premiere, the one and only still in circulation was Stewart wearing this particular dress, a particularly strategic deployment and amplification of product placement.

Does this compromise Personal Shopper‘s integrity? The question is actually the subject of the film, which Assayas wrote specifically for Stewart after getting to know her better while making Clouds. Their obvious fondness for each other aside, there is a strong feeling that the starting point for the conception of Personal Shopper was the problem of how to raise financing for a film, any film: the solution triangulates Stewart, Lagerfeld, and fashion as an important plot point. Would Assayas display an interest in fashion if not required to? I have no idea, but it’s kind of an irrelevant question: by starting from these core components, he’s then free to return to his career-long fascination with what globalization looks and feels like on the ground. This is the subject he’s repeatedly returned to: discussions of moving to China for a career in an otherwise superficially trad-French-bourgeois-drama (Summer Hours), an epic survey of the changing face of radical politics grounded against geopolitical turmoil (Carlos), international business machinations (demonlover), etc. It’s a question of not just abstract or political import, but directly related to Assasyas’s own practice, as made clear in his making-of-a-movie movie Irma Vep, in which regular collisions of different languages and fiscal input are inextricable from the film being made.

There is a remarkably cheeky scene midway through Personal Shopper, in which an unctuous creep (Lars Eidinger) asks Maureen to consider working for German Vogue, so that her work and taste could at least be better seen as her own rather than working on someone else’s behalf. Maureen shoots him down: she doesn’t want to be tainted by working for someone else’s commercial vision. Putting such an exchange into a film acting at least in part as an extended commercial for Chanel is some combination of cynical, despairing or self-reflexive: does calling explicit attention to the means of production do anything to combat them, at least by foregrounding the level of compromise seemingly mandatory when working on a certain budgetary level? To the extent that Personal Shopper resists, it’s on the level of its refusal to cohere: Assayas delivers on his end of the bargain but compensates by upping the overall strangeness of his product. Promising a genre film that does not really exist, the end product both participates in and sabotages its own market potential.

Then again, why be so despairing about it? Assayas is a self-consciously diverse filmmaker whose stylistic swerves and sometimes wildly different aesthetics/thematics allow him to repeatedly return to the same general thematic interests without getting stale. Some of these attempts have been more successful than others (Boarding Gate‘s attempt to revisit globehopping via semi-committed B-movie sleaze strikes me as a low-energy ebb), but Assayas is clearly committed to not getting stuck in a rut, which means finding new, seemingly unlikely prompts. In Personal Shopper, he gets to shoehorn in extended visual pastiches of Kiyoshi Kurosawa in the haunted house bits and a whole fake ’60s TV movie about Victor Hugo; an attempt to make a film that keeps the director from getting bored with himself renders the question of coherence irrelevant. This refusal to serve is nowhere as violent as Godard’s (manifested, among other ways, in shutting down Week End‘s set + his usual experiments in fracturing the opening credits) and nowhere near as ascetic as Garrel’s. All of them have made films about making films, but Assayas (who greatly admires Garrel) is quite possibly most keenly aware of the degree of difference with his near-contemporary, who can only afford to make a film in color when he’s cast a sufficiently big star (Catherine Deneuve in Night Wind, Monica Bellucci in A Burning Hot Summer), as explicit a way of making clear how financing works as any. Assayas’s approach to this dilemma places him in a long lineage of French filmmaking, aligning himself once again closer to Truffaut; Personal Shopper is a manifestation of the strains and resulting pleasures of navigating these questions.