A Message From Your Composer: Lock Your Picture, Please! 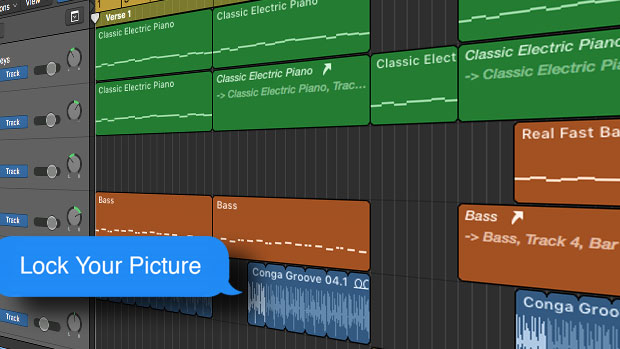 by Michael Murie
in Filmmaking, Post-Production
on May 10, 2017

It’s a fraught moment for any director — “locking picture,” with all the finality the term signifies. But, as a panel on “Scoring for Television & Film” at the recent Independent Film Festival Boston (IFFBOSTON) revealed, for composers it’s a vital stage in their process of scoring a film.

The panel was moderated by filmmaker and musician Tim Jackson, and the panelists were composers Mason Daring, John Kusiak and Sheldon Mirowitz. The discussion covered how they got into the business, how they write music, the differences between drama and documentary and much more, but Daring’s fairly lengthy exhortation on locking picture was the most interesting moment.

As Daring — whose films include John Sayles pictures like Matewan — described it, the biggest problem for composers today is that directors and editors are finding it way too easy to change their movie. “Editing has become a video game,” he said. “And it’s so much fun, people can’t stop.”

He went on to explain how in the days of film, cutting out frames, or adding a dissolve, was a process that could take minutes or even days, so the process was much more deliberate. “There was a tremendous feeling of relief when you locked a picture.”

Now, films are being changed and finessed and deadlines are flying out the window. This, he said, can be a particular problem with documentaries because the editor and director don’t know the story — finding that story is often why they are making the movie in the first place. And it’s so easy to change a movie now that they just keep on doing it. “We’re chasing a moving target,” he said. “We score a scene, and we send it in, and they say, ‘Oh, yeah, we changed that last night,’ because they can’t stop!” 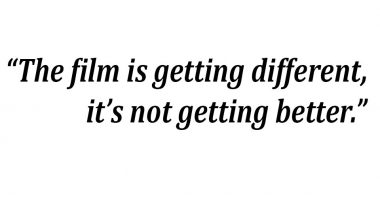 Eventually a film gets to the point, Daring says, where “[it’s] getting different but it’s not getting better.” From that moment on, it will keep getting different for many weeks until finally it starts getting worse. If they’re lucky, they eventually realize this, and they go back to an earlier cut.

But this process not only drains the directors and editors, it has an impact on the composers too. Daring made the point that composers are some of the few people that get to see the movie “for the first time — the poor director and the editor, they can’t.” That’s lost if the movie keeps changing after the composer gets it. In fact, the composer can start to lose sight of the project too. “We write a scene, the film changes, we write a scene, the film changes, we lose all sense of how it works.”

“And let me explain, it’s not just about money,” Daring concluded. “We invest something of ourselves in writing and if we know that scene is going to change, there’s a limit to how hard we’re going to push to write it. So to all would-be filmmakers out there, when you want to go work with a composer, please, dear God, lock your film before you give it to them because it makes an enormous difference in how well you can work with the composer.”