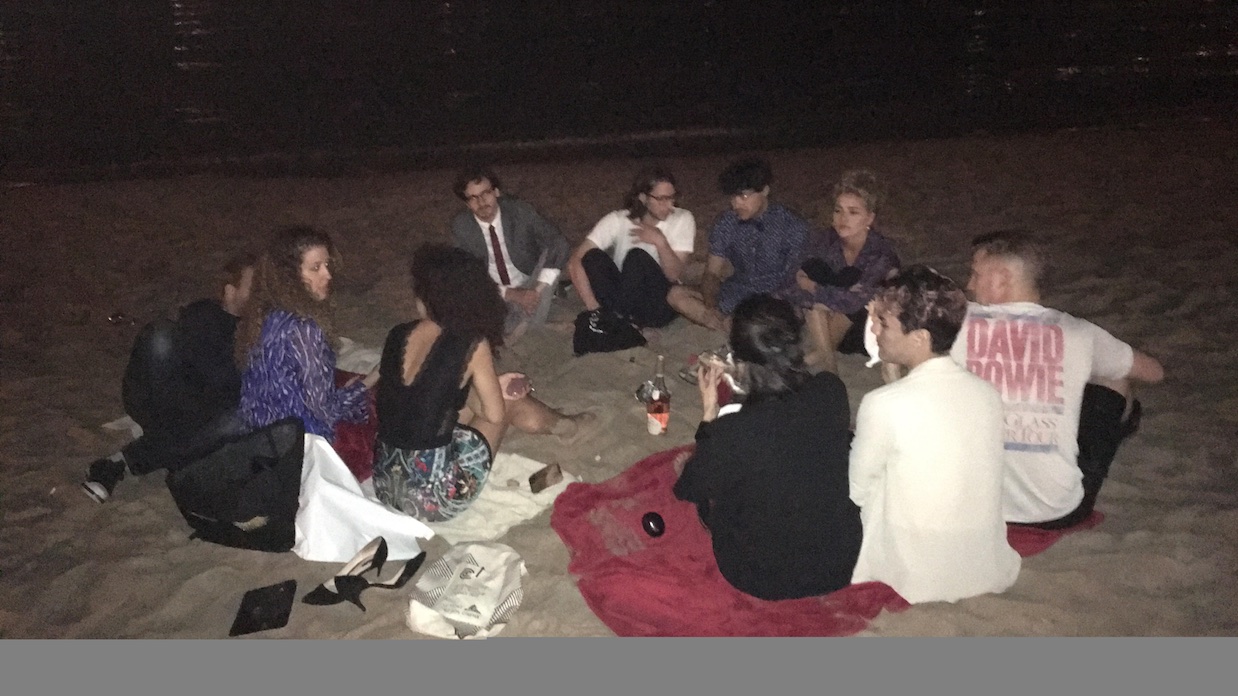 Director, screenwriter and boatbuilder (!) Sam Kuhn is in Cannes premiering his short film, Möbius — described as “a moth-eaten tale of magic and mutation half remembered by a teen poet who’s beloved lies lifeless in a stream” — in Critic’s Week. Filmmaker asked Kuhn, who hails from the Pacific Northwest, to keep a diary of his experiences, which rapidly went from jet-lagged to deeply strange. Here is his fourth entry; click here for them all.

Woke up late on account of having actually slept. I bailed on the morning Kawase screening, which is a major faux pas here. If you have a physical ticket and don’t show, they demerit your badge and can demote your “status” on account of it. (Google “Cannes badge colors” for a delightful 101 on the class system out here.) I took meetings with our sales agent at OUAT media, a beloved TIFF programmer and a producer/sales agent for Luxbox. The Luxbox agent apparently also had a Black Rock and we decided to rendezvous in the Parisian catacombs after the festival. Afterward I returned to the apartment to do a little cabin clean up, our two bedroom housing six-sometimes-seven had become a veritable rats nest of lost socks, computer cables and acquired pamphlets. We went to dinner with the green witch, a buyer for Magnolia, a couple journalists and a WME agent. The day moved slow, and we were stuck in a sort of late loop — we arrived late, food came late, check came late. It was all late because for the first time it hit us: we were tired, dog tired. A week of cavorting and nearly no sleep was now finally destroying us. I want to apologize here to the reader if this section has suddenly tapered off in wit or intrigue but I can barely keep my eyes open. For real. I’m tired on a level I didn’t know possible. Even my contacts are rebelling. So sleepily I put my money down on the table and left dinner early to meet the Crystal Givers in the lobby of the Carlton Intercontinental. Together we walked to a beach on the east end of the Croisette and laid out blankets in the sand. They brought Lebanese pastries, and we brought a bottle of Rosé (from the gift room). Then readings for all on our team and a couple Argentians we’d adopted. We discovered some amazing things. Our AC had a hidden vein of romantic fury and needed to use his sexuality to connect with his innate fascination with creation. One of our actresses had communication issues she didn’t want to communicate about — for this she received a pearlescent stone that promised to help her channel intuition. The Argentinian man was an alien, as was the Argentinian woman who received a pink stone on account of her outsized and indomitable heart. As for the green witch, it turned out she was actually a man inside. A prognosis she readily verified. That night she locked me in my bedroom and almost left for America (Delta flight in the a.m.) with the key. It was a strange move that verified her thirst for power and made me deeply question her arc in this story… potentially dangerous person, green witch, flower thief, a man, once again potentially dangerous person? Her arc seemed complete now that she was off for new America, and I was glad her danger remained potential and I was not locked in that room. I may have had to tie blankets together and descend three stories out my window to attend the premiere. Earlier in the day she thought a seagull crapped on her, but it was really just water falling.