Cannes Dispatch #4: Thoughts on Prize Winners 120 Beats Per Minute, You Were Never Really Here, The Killing of a Sacred Deer 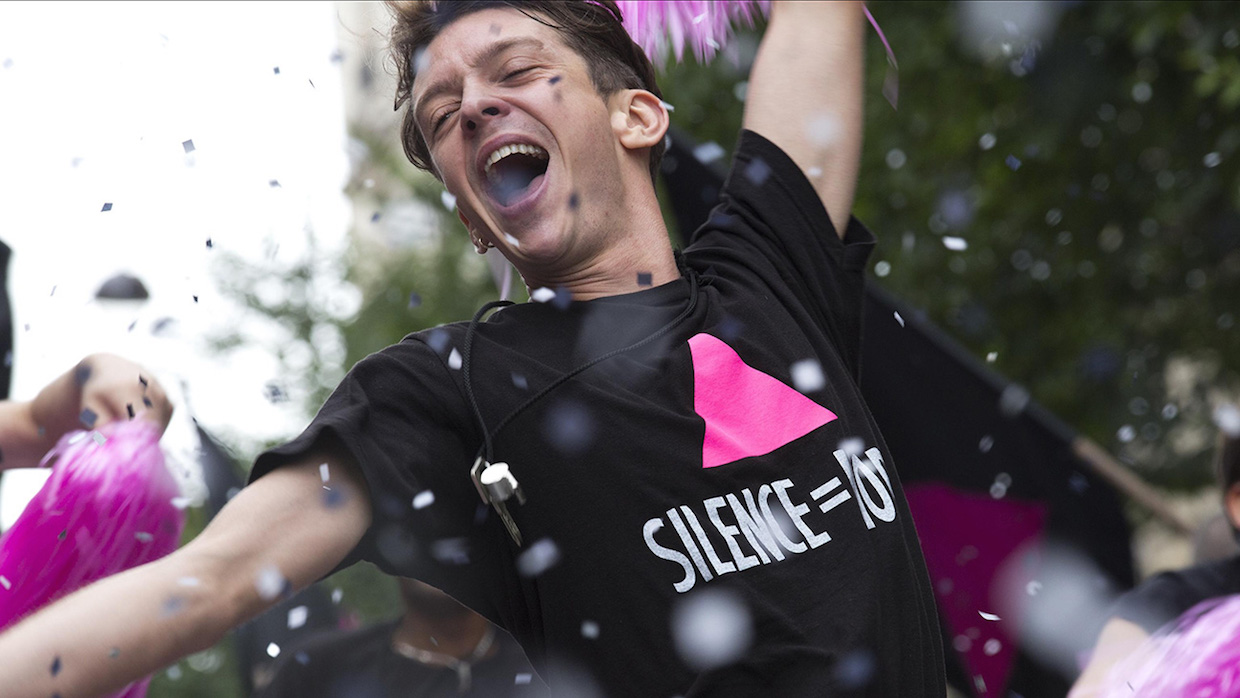 For the third year in a row, Cannes’s Main Competition jury — this year comprised of jury president Pedro Almodóvar, German filmmaker Maren Ade, and several celebrity industry professionals whose tastes in cinema had never previously been of much concern to anyone — awarded the Palme d’Or to a movie I didn’t much like. Considered by some to be True Cinema’s answer to the Oscars, the medium’s actual most prestigious prize has suffered some blows to its reputation in the last two years after being handed to mediocre films (Dheepan in 2015 and I, Daniel Blake last year) that weren’t even close to being the best of their respective crops. I’ve already written about this year’s winner, Ruben Östlund’s The Square, in my second dispatch, and while I still have very big reservations about it and think it’s a failure, I will also say that I don’t mind this choice.

Immediately after its premiere, a number of critics boldly claimed that Östlund’s film was this year’s Toni Erdmann (Ade’s snubbed film from last year’s Competition slate). Particulars of subject matter, tone, and overall quality aside, they had a point. The Square is a sprawling, episodic, “visionary” movie with a big centerpiece scene, and it wouldn’t feel out of place on the comedy page of your favorite streaming website. They aims to say something quite broad — and, if you will, Important — about their respective nations’ present social condition, taking aim at liberal guilt and asking how Europeans can continue to ignore lower class immigrants while pretending they’re doing their best. In a year with no single film that the Cannes press corps could uniformly rally around as the film of the festival, it’s refreshing to have a winner that is trying to do something bold and new.

Robin Campillo’s 120 Beats Per Minute, the film that perhaps came the closest to rising as a consensus prediction for the Palme, ended up being awarded the runner-up Grand Prix; going by Almodóvar’s tearful reflection on the movie during the jury’s post-awards press conference, it probably would have won if he had gotten his way. Based on Campillo’s own personal experiences with Paris’s ACT UP (AIDS Coalition to Unleash Power) branch in the early 1990s, 120 dramatizes the group’s meetings, protests and internal affairs and romances. Arriving on the heels of some fairly well-acclaimed documentaries (including, but not limited to, How to Survive a Plague and Unite in Anger: A History of ACT UP, both released in 2012) that attempted to historicize the origins of ACT UP in New York, Campillo’s film writes his own experiences into history, emphasizing and heightening the emotional stakes by honing in on intimate observations of life and decay.

Like Campillo’s prior film, Eastern Boys (2013) — which may be best remembered for one invigorating, long sequence depicting a robbery — 120 is most notable for its detailed, patient and often quite lengthy sequences. For a 143-minute film, there is a surprisingly scant number of scenes; each one would reach a point, a beat, where the arc of the central exchange would feel as though it is falling — a sensation perhaps prompted by some internalized institutional convention of how movie scenes are typically structured — only for the writing to swing back up, re-entering and re-opening the dynamic we’d been watching on screen for 5, 10, what might be 20 minutes now. And Campillo isn’t just showing off; his movie has a lived-through sensibility that’s so often missing from historical portraiture (even if there is a suspiciously minimized acknowledgement here of trans and non-white individuals who no doubt participated in the movement), and it lends its final act a crushing intimacy. These are the stakes of state and corporate negligence, this is the catharsis of fighting against it, and this is the trauma of losing again.

Elsewhere, the Cannes jury gave its Best Screenplay prize to two highly stylized, very violent films that felt barely written at all: Lynne Ramsay’s You Were Never Really Here and Yorgos Lanthimos’s The Killing of a Sacred Deer. Lanthimos continues doing his thing here — antisocial line readings, pitch black humor, bursts of brutality, a Surrealist flair for the absurd — this time in a forwardly Kubrickian mode. Riffing on The Shining (1980) in both form and motif, Sacred Deer shows the casually supernatural relationship between an unnamed cardiologist (Colin Farrell) and a teenager named Martin (Barry Keoghan) in a very direct fusion of Sophie’s-choice and eye-for-an eye-thriller narratives. Lanthimos’s regular DP, Thimios Bakatakis, monitors the action with gliding, symmetrical, high- and wide-angle framing, which creates the sensation that we are watching the world in a mechanized bubble, and that the gaze belongs to the mise en scène rather than any particular subject. This movie pissed a lot of people off when it played, likely because its sadistic scenario never amounts to more than sadism for its own sake; to counter a choice line from late in the film — “It’s a metaphor, it’s symbolic” — there is nothing metaphorical or symbolic here. It is what it is, present while it’s there, gone when it’s not, and you either laugh along or curse its existence.

Ramsay’s film is an adaptation of Jonathan Ames’s novella, with which it shares its title, bringing Ames’s Taxi Driver-esque narrative into a most logical cinematic manifestation. I admired Ramsay’s first two films (Ratcatcher [1999] and Morvern Callar [2002]), albeit from a distance, but You Were Never Really Here shows her continuing in the direction of her unfortunate 2011 effort, We Need to Talk About Kevin, offering a sleek, vapid depiction of violence that postures as an indictment of contemporary American moral corruption. Thomas Townshend’s CinemaScope widescreen framing and rich, glowing colour palette combine with Joe Bini’s swift, at times startling montage to render the aesthetic experience as graphic and flat, doing little more than animating its zombie subjects stuttering their way through the world. At only 85 minutes, it’s a breeze, but then it’s also airless. Nothing in here feels necessary — indeed, the only value I could find on this first look is that it documents the next phase of the evolution of Joaquin Phoenix’s torso — and I was left realizing that most of this year’s Competition slate didn’t need to exist. It’s a movie for the sake of having a movie, and feels more informed by movies than it does of any firsthand encounters with/observations of the world. I guess in a way, this probably really is how we live now.