The First Rule of Twin Peaks Recapping? Write Down the Facts 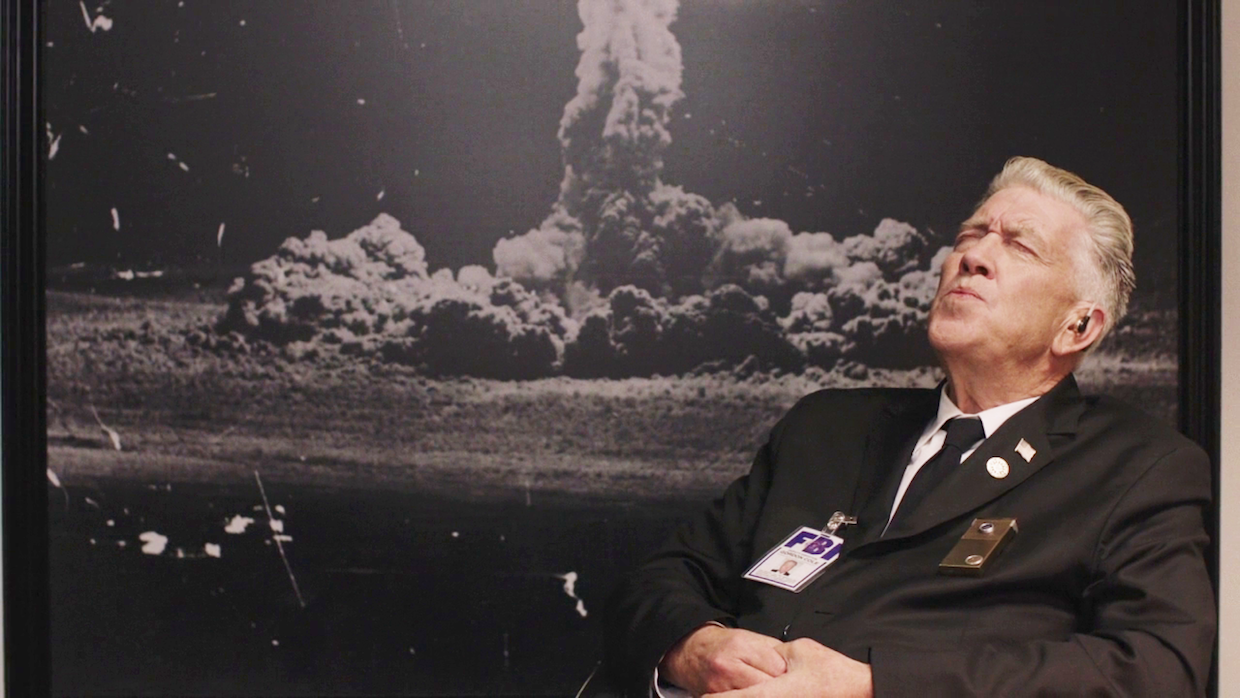 For the past several months I’ve been privileged to write the weekly reviews of Showtime’s Twin Peaks revival for The New York Times. It’s been rewarding, week after week, to plug into the mind of director David Lynch, explore the skewed universe he’s built with writer Mark Frost and understand how the show’s version of modern life offers its own interpretation of humanity’s majesty and misery. Critics often get asked if scrutinizing art makes it harder to enjoy, but I’ve always found the opposite to be true, especially when it comes to writing regularly about a TV series. When you’re paid to pay attention, you notice more.

It has been odd, though, to apply the now-well-established tactics of the TV “recap” to a show as sublime as Twin Peaks. Lynch and Frost have taken astonishing advantage of the money and creative freedom that premium cable television allows to make a daring, complex piece that, when all is said and done, will be ranked alongside Lynch’s masterpieces Eraserhead, Blue Velvet and Mulholland Dr. These 18 hours of TV will be studied and unpacked for decades to come — and, each week, I have about 90 minutes to collect my thoughts, type them up and send them off.

The disadvantages to this are so obvious that it’s pointless to list them. Pretty much anyone who writes about film or reads about film would agree that thoughtful deliberation should be the critic’s aim. Still, there are good reasons to cover Twin Peaks like any other TV drama, and those reasons are rooted in how television criticism has developed over the past decade, and the difficulties we’ve all had with coming up with a new angle.

Let me take you back a bit. Recently, while sorting through some old e-mail, I found the agenda for a March 2007 conference call for The A.V. Club writers and editors, sent by my friend Keith Phipps when he was still in charge. After the usual updates on the next few weeks’ worth of interviews, reviews, and features, Keith introduced topics for everyone to consider for longer-range planning. One was this: “We would like to start a TV blog with writers assigned to specific shows that they will cover each week. What format should this take? Noel has some ideas and will get the ball rolling.”

From that offhanded, unassuming little action-item was born “T.V. Club,” a section of the site that launched later that year and would quickly become hugely popular. As it turned out, The A.V. Club didn’t adopt my proposed format. My idea was that we should rely on an easily filled template, geared toward quick, punchy reactions that could be written and posted quickly — more of collection of short notes than a full review. Instead, we essentially copied what critic Alan Sepinwall and a handful of others were already doing so well: writing essay-length first-person analysis, with shorter thoughts saved until the end.

Even now, nearly every TV critic and editor I know wrestles with whether there’s a better model for episodic television coverage. There are so many factors to balance. Readers want reviews up as soon as possible, and want them to be fairly comprehensive, covering every aspect of the plot, including what happened in previous weeks and what may happen in weeks to come. Writers want time to contemplate themes, think about form and tinker with their prose. Editors prize timeliness and concision. None of these ideals are precisely aligned.

Nevertheless, during the first five years of “T.V. Club” — when I wrote thousands of words every week about everything from Lost to House to Smash — I began to appreciate the “jobbiness” of the job. The work of an episodic TV reviewer is a little like an old-timey newspaper sports reporter, who calls up the copy desk immediately after the last out of a baseball game to start dictating the story. Give writers an open deadline and we dither and fiddle, spending days to write something almost exactly the length (for half the readership) of something a TV recapper cranks out in under two hours. The immediacy of the latter can be invigorating; the simplicity can be edifying.

How does this benefit Twin Peaks? For one, I keep thinking about a friend and colleague of mine who’s been writing about TV online for almost as long as that’s been a pastime — and who hates the discourse on social media surrounding Twin Peaks. Every time someone talks about the show as distinct from anything else on television, they belittle a medium that for too many decades struggled for critical credibility. That kind of awed adoration also gives Lynch a free pass, assuming that whatever he does must be brilliant, even when it’s confusing.

As it so happens, I do think that Twin Peaks stands apart from anything on television; and I do give Lynch a lot of latitude based on his record. Inasmuch as I have a code of criticism, my personal “first do no harm” is to give artists the benefit of the doubt — to consider their intent, and to embrace what they’re attempting. That’s doubly true when the artist is someone with a proven track record.

That said, I don’t think it’s unfair to judge television as television. As much as Lynch talks about Twin Peaks as “an 18-hour movie,” Showtime still airs it once a week, and encourages viewers to digest it in hour-long chunks. And while I’m not especially interested in writing about what is and isn’t “working” on the show, if my colleagues choose to go that way, I certainly don’t think that’s philistinism. One of the common aims of criticism is to see eye-to-eye with readers, to better articulate what they’re thinking, and the fact is that a lot of Showtime subscribers watch Twin Peaks and come away scratching their heads.

That’s why I think there’s value to approaching Twin Peaks in much the same way that I used to approach Lost. It’s too reductive to think of this show as a puzzle to be solved. (The same was true of Lost, in my opinion.) But during the month-plus I’ve been covering Twin Peaks, I’ve found that readers do appreciate simple explanations of who the characters are and what they’re doing. The goal in TV reviews is to keep the plot-rehashing to a minimum, but Twin Peaks is often so baffling that just saying, “Here’s who appeared this week, here’s what they did, here’s how it ties to what’s happened before, and here’s my best guess as to what it all means” can be a service.

None of this resolves the issue of what weekly episodic TV reviewing should be, or whether the medium is best-served by 1500-word insta-analysis or something more fussed-over… or something new that has yet to be pioneered. But I do worry when critics lose sight of the rudimentary journalistic aspects of their artform. I can’t count how many times in recent years I’ve read a movie or TV review of something I haven’t yet seen, and have come away with no idea about what the plot is, who the characters are or in what larger creative context the work exists.

Without a firm grounding in the tangibles, insight into any art tends not to stick. There’s still something to be said for the “who-what-where,” even when evaluating something like Twin Peaks, where the best qualities are ineffable. Be like the show’s version of the FBI, and write down all the facts of the case, while everything’s still fresh. And once that’s done, feel free to follow the investigation into dreamland.