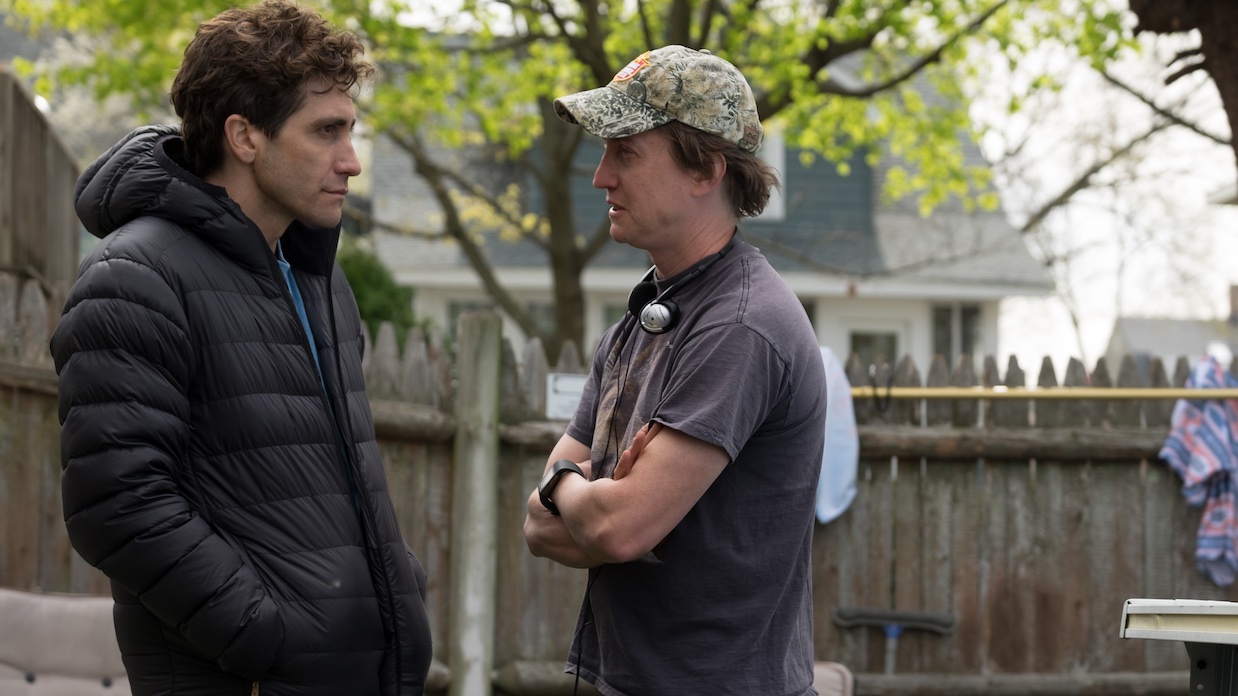 by Tiffany Pritchard
in Directors, Interviews
on Sep 22, 2017

David Gordon Green finds it difficult to focus on one type of project at any given time, and as a result, frustrates his agents in working out how to market him. But the Arkansas-born, South Carolina-based writer/ director, whose diverse filmography includes early aughts independent standouts like All The Real Girls and George Washington as well as mainstream hits like Pineapple Express, is okay with that — so long as he is aggressively working on projects that he is both passionate about and that challenge him.

Opening today in theaters is his modestly-budgeted drama Stronger, which depicts the true story of Boston Marathon bombing victim Jeff Bauman, who is forced to rebuild his life after losing both his legs. The film, which was a hit at its Toronto premiere, stars Tatiana Maslaney and Jake Gyllenhaal, whose performance as Bauman is already garnering strong Oscar buzz.

Alongside the promotion of the film, Green has just wrapped his third season of Amazon series Red Oaks, is in development on a number of projects through his production outfit Rough House Pictures (that he set up alongside college buddies Danny McBride and Jody Hill) and perhaps most anticipated, starts production next month for the reboot of John Carpenter’s Halloween.

Filmmaker: What inspired you to work on this particular film?

Green: Stronger was a script that was brought to me from my agents, and it was cool to read something that was very fleshed out. I could never have written Stronger, but John [Pollono, the screenwriter] grew up 30 minutes from Chelmsford [Massachusetts], so he was the perfect person for adapting Jeff [Bauman’s] book. He brought an authentic voice to a very working-class, regional lifestyle, because that is where he grew up.

Filmmaker: How did you further develop the script once you signed onto the project?

Green: Usually every movie I work on is about watching every dollar. It was the same with this. There was not a lot of money to prep, so you are lucky when you have someone like Jake [Gyllenhaal], who doesn’t care about his accommodations; his priority is the character and rehearsals. He is trying to put every dollar into the screen like I am. So the two of us spent a lot of time workshopping the script. We brought in Tatiana and Miranda [Richardson], and we would sit around in my Boston apartment and read through it and come up with ideas. John Pollono was there revising the script, and then we brought in our script supervisor, our editor [Dylan Tichenor, There Will Be Blood], and our cinematographer [Sean Bobbitt, 12 Years a Slave]. Sean could see how the actors would engage or disengage with each other and come up with ways to shoot [the scenes]. He might say, “This is something we want to try close up,” or he might want to do a fluid master and never cut. Dylan might feel the emotional beat is coming too early, and we should hold longer, helping keep the audience in anticipation. Everyone had a voice in it. I am not a director who says, “This is how it is, and this is where the shot is.” I try and make it a playful place and to make [the process] as authentic as possible.

Filmmaker: How closely did you work with Jeff Bauman?

Green: He didn’t read the script but he was very involved in terms of hanging out with me and Jake, and helping us work on the dialect. He gave us a tour of places he hung out, and he introduced us to the Martino Brothers who built his prosthetics, his surgeon and his nurse.

Filmmaker: The film is shot very intimately, with many close-ups highlighting the extreme ups and downs that Bauman endured. Could you talk a bit more about how you developed your shooting approach with Sean?

Green: We were shooting in this tiny apartment, so you can’t really get that far away. And we pared down our crew to four people: we had a boom operator, a camera operator who was also the DP [Bobbitt], the AC and me. There were also no lights on set, Sean would push light through the windows to make it a practical environment, so there was never a moment where an actor had to step over a cord, or a C-stand or a sandbag that might get in the way of the creative environment.

I had an ambition of shooting in 16mm; I had never shot in that format since film school. But once we started using a fast 16mm film stock, I thought we’d need to bring lights in. It didn’t look right until we manicured the footage, and so I decided it was better to use the ARRI ALEXA with [fast] lenses and shoot in a low-light environment.

Filmmaker: You are next working on the remake of John Carpenter’s cult classic Halloween. Can you talk more about where you are in terms of development and production with the film?

Green: I am working with Jason Blum, and he is great. Every horror fan knows Blumhouse and what they represent. The fact that me and Danny [McBride] wrote it is probably confusing to them, but we’ll keep that in the shadows. That is not going to be a part of how we campaign the movie.

We start shooting in six weeks in Charleston. I can’t say too much more as we are trying to keep things tight right now, but we are doing something unique. John Carpenter is involved as well, which is like a dream to me. The two films I couldn’t watch growing up were Halloween and Revenge of the Nerds, so I can’t wait to invite my parents to this one.