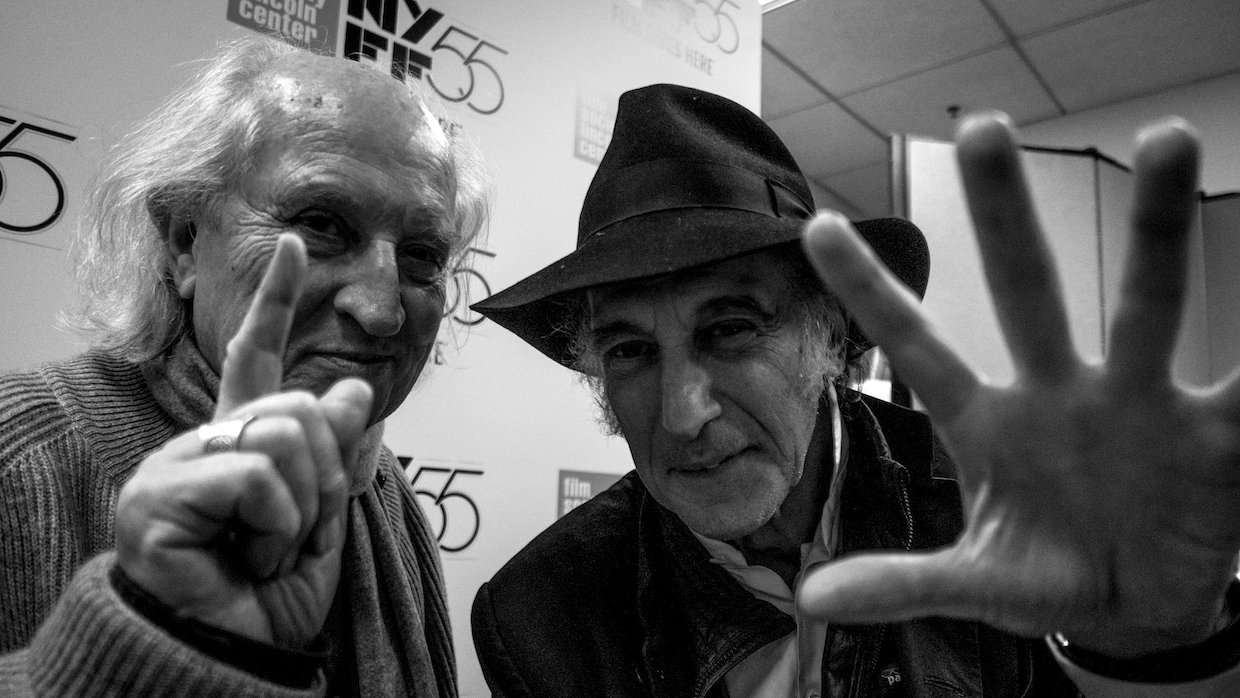 One of the highlights of the 55th New York Film Festival was the Master Class with Vittorio Storaro and Ed Lachman. Hosted by Kent Jones, the 90-minute presentation covered a wide range of subjects and also included key clips from the work of the two great cinematographers.

Storaro and Lachman have been friends for over 40 years. Lachman claims that he was Storaro’s first American fan, after seeing both The Spider’s Stratagem and The Conformist at the 1970 NYFF. He subsequently worked with Storaro on Luna, when the Italian DP began shooting American movies but had not yet secured a place in the union.

Here are a few key quotes from the evening…

On the effects of color

Lachman: Vittorio and I — we don’t look at color as a pictorial but as a psychological tool. Painters have experimented since the 19th century with what colors mean psychologically in the viewer — and so, I’ve always tried to approach color in that way. Not just as a decorative means, but to understand psychologically how it could affect the viewer. […] There’s a difference between film and digital media, I’ve found out — the certain way color responds digitally is different than film, so I had to learn how to manipulate the color digitally, so it looks the way I thought it should look.

On the importance of the crew

Storaro: A film is made by a community of the entire crew. I cannot perform, first of all, without a story or without the director. […] If the crew is in harmony, there is a great chance that the movie is a good movie. No doubt.

Lachman: The crew is my family. I’ve worked with some of the same crew for 30 years. In a way, we have to be the psychiatrists on the set. We have to be the confidante of the director. Some people say it’s a marriage. I like to think of it more like a dance partner: you hear the same music, but are you in the same step? Do you have the same rhythm?

On the transition to digital

Storaro: In the last few years, the industry of cinema has changed drastically — almost completely, in the use of digital. Let’s face it: progress is a thing that we can speed up or slow down. But we cannot stop it. […] I remember when I did a test for Sony, in 1983, for the first time I saw the image in high definition while we were shooting. And I said: “Oh my God! This is what I’m doing.” For the first time in my life, I went back to the hotel where my wife and my children were waiting for me, and I was serene. There was no question mark. On Apocalypse Now, we were waiting for two weeks to see dailies. They were weeklies. Or monthlies. I was fine, because I had a good relationship with Technicolor in Rome, the color-timer was in Rome. He’d send me a telegram each day, and I knew what I was doing, so I felt comfortable. But today, that kind of innocence, that kind of mystery, maybe we don’t need any longer. We need consciousness. We need to know what we’re doing.

Lachman: We use light, space and time to create our images. From our heart and from our mind. But if I look at painting movements like pointillism, German expressionism, or modernism — they all used different tools to create those images. And I just don’t want to limit the tools. For me, the digital media is a different look and feel than the film media. Not all films should be represented by the digital media. I could explain technically why I feel that way. They can talk about 14-stop exposure range — but the color separation is different, the chemistry of RGB, the three layers is like an etching in the photochemical development. So, for me, there are certain films that I think should be photographed photochemically. It’s not because I can see it on the set. Even though it goes through a DI, and it’s gonna be projected digitally, I can tell there’s a difference in the feeling of the film. But I’m an old guy, and I’m trying to hold onto a photographic process.

Storaro: Don’t believe when somebody says, “Don’t worry about it, we’ll fix it in post.” That’s terrible.