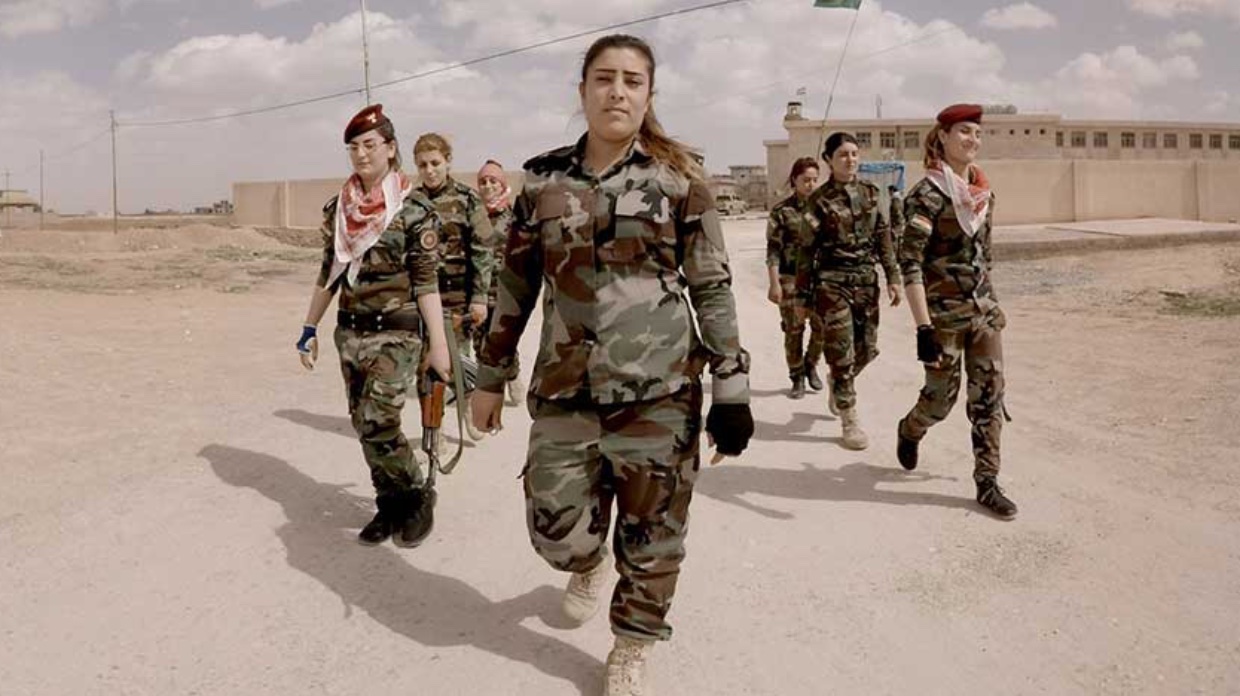 Sundance’s technology-focused New Frontier section spreads out to three venues this year as its lineup incorporates film, live performance, VR and mixed reality, and even AI. Of the latter, in Frankenstein AI: A Monster Made by Many, audiences “interact with” artificial intelligence to create a shared narrative, and in TendAR AI mixes with biometrics and facial recognition to humorously ponder the social issues surrounding this new tech.

Regarding the venues and the program, from the press release:

The VR Bar at Music Cafe offers a selection of The New Frontier mobile VR program, plus world premieres of hot, late-breaking VR content created by some of the most exciting companies in the field.

Robert Redford, President and Founder of Sundance Institute, said, “Technology-enabled storytelling continues to develop into a thriving industry. It’s essential to protect the creative spaces where creators can develop work and reach audiences independent of commercial pressures. The work that we showcase at New Frontier sets the agenda for the year in creative cross-media storytelling.”

Shari Frilot, Sundance Film Festival Senior Programmer and Chief Curator, New Frontier, said, “This year’s artists push the boundaries of a host of new technologies in powerful and surprising ways. The story creates the body and the corpus takes on new meaning, offering a new framework for personal interactions in modern society.”

Check out the lineup below.

★ / Austria (Lead Artist: Johann Lurf) — This film, compiling shots of clear night-time skies from throughout film history in chronological order, reveals that what humans may regard as an absolute image is actually quite unstable. This instability occurs not only of evolving technological parameters, but also as a result of period-specific trends in culture.

TendAR / U.S.A. (Lead Artists: Samantha Gorman, Danny Cannizzaro) — A humorous and provocative installation that combines interactive storytelling, AR and emotion/face recognition technology to promote discussion about current topics in biometric data and artificial intelligence. Your guide: a fish-like creature who amusingly analyzes the partners collaborating in the experience, their emotions and the world around them.

DICKGIRL 3D(X) / United Kingdom (Lead Artist: Sidsel Meineche Hansen, Key Collaborator: James B Stringer) — DICKGIRL 3D(X) is the non-binary version of EVA v3.0, an avatar purchased online and appropriated by the artist. Through DICKGIRL 3D(X), the viewer becomes a post-human pleasure-seeker in an encounter with a submissive clay-like sculpture.

SPHERES: Songs of Spacetime / U.S.A. (Lead Artist: Eliza McNitt, Key Collaborators: Darren Aronofsky, Ari Handel, Jess Engel, Arnaud Colinart) — Dive into the heart of a black hole and uncover the hidden songs of the cosmos. In this interactive VR experience, the breakthrough discovery of gravitational waves transforms how we see the Universe. Fall into the darkness, and you will find the light.

Wolves in the Walls (Chapter 1 ) / U.S.A. (Lead Artists: Pete Billington, Jessica Shamash, Key Collaborators: Edward Saatchi, Saschka Unseld, Jennine Willett, Zach Morris) — All is not as it seems when 8-year-old Lucy’s imagination proves to be reality. Help her discover what’s hiding inside the walls of her house in this immersive fable, based on the work by Neil Gaiman and Dave McKean, and choreographed by acclaimed immersive-theater company, Third Rail. Cast: Elisa Davis, Elizabeth Carena, Cadence Goblirsch

The Sun Ladies VR / U.S.A. (Lead Artists: Maria Bello, Celine Tricart, Christian Stephen, Key Collaborators: Wesley Allsbrook, Tim Gedemer, Mark Simpson) An in-depth look at the personal journey of Xate Singali: from her roots as a famous singer in Kurdistan, through ISIS sex slavery, and to her new life as a soldier on the front lines as she starts a female-only Iraqi fighting unit called the Sun Ladies. Cast: Maria Bello.