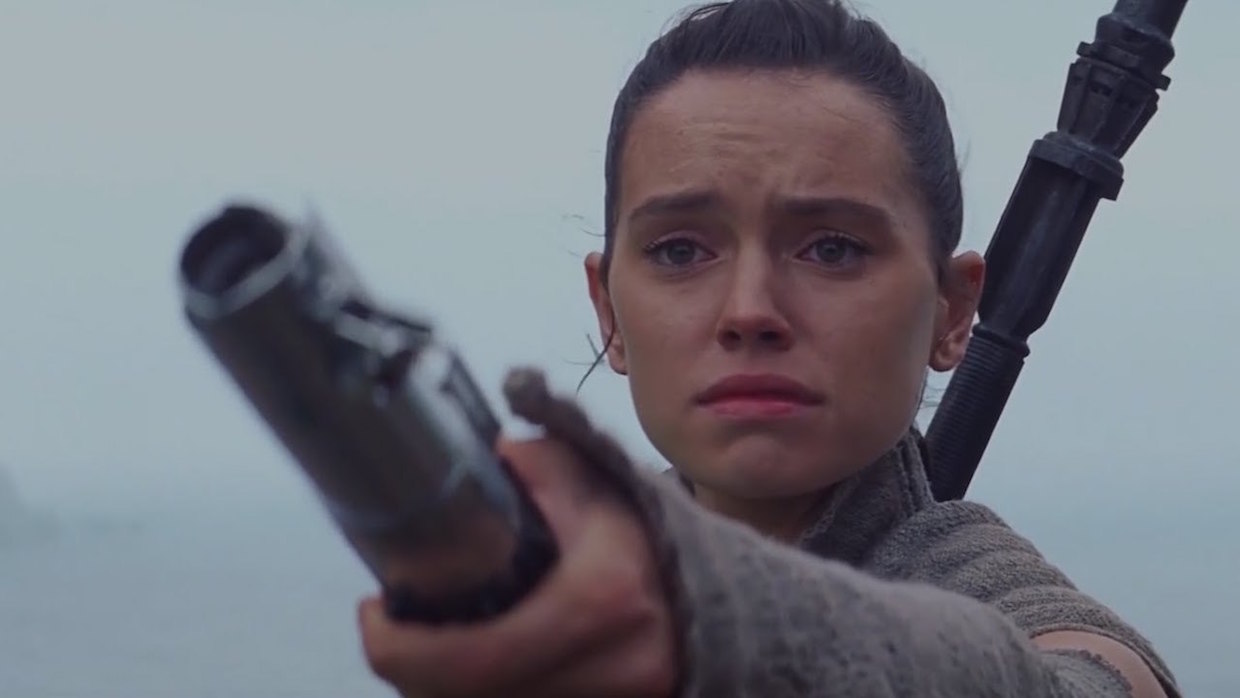 When The Force Awakens came out, I was totally fine with it; judging by IRL/online post-screening reactions, Rian Johnson’s The Last Jedi is going to be broadly received as definitely better, possibly great. (That’s the “objective” opinion fanboy types say they’re looking for when angrily commenting on reviews disparaging their favorite properties.) Meanwhile, I had a strange experience, asking myself throughout why I wasn’t having a better time. Making a new Star Wars film is both hard (big production, managing continuity within the greater franchise universe, executing coherent and hopefully exciting action sequences) and not: almost everyone showing up will have some kind of serious pre-existing goodwill for the film, even if primarily due to (guilty?) nostalgia. The Abrams installment probably leaned way too hard on trotting out returning players at regularly spaced intervals, but the approach was a one-time-only proposition. We’re past being dazed that this is happening and reacclimatized; now what?

Force Awakens was pretty much a straight-up Episode IV remix; is this similarly a gloss of Empire Strikes Back? My answer isn’t any more spoiler-y than Johnson’s: “We’re starting this movie with our protagonist going off to a desert island to meet a Jedi master, just like Luke and Yoda. And our characters are split up, some are back with the Resistance, some are off, and then you have a kind of training dynamic seemingly set up. There are big structural things that are going to be very similar to The Empire Strikes Back. But I don’t think, after watching the movie, many people will have the feeling of a copy.” Similar yet different: relatively new characters fulfilling old roles, returning veterans similarly sliding into variations on those since-departed.

Maybe I’m just misremembering how these movies work; I haven’t seen the original trilogy since I was 11 (which I think is how it’s supposed to work for fond memories to remain intact). Was the Empire always a matter of cross-cutting between Stormtroopers doing formation exercises, conferences presided over by ominously cowled monsters in weirdly colored chambers and hilariously uptight British officers trying to keep order on the bridge? I suppose there was always dialogue along the lines of “We need Luke Skywalker,” intoned with maximum earnestness; that kind of speech is mostly front-loaded here, but made for a rough start.

Last Jedi is both the funniest and most serious installment. It’s funny on the fringes, where it’s safe to crack jokes without detracting from the presumable seriousness of the whole enterprise: tossed-off one-liners, a plenitude of freshly designed aliens with the same designers-run-amok appeal as Luc Besson’s similar exercises, momentary deflations that don’t permanently throw the movie on a more manic track. Thor: Ragnarok allowed a certain number of liberties were allowed provided that certain basic requirements — mostly about making sure to work most of the other Avengers back in, and to tamp down the levity (“Immigrant Song” aside) for that inevitably still Very Serious Third Act — were met. The disjuncture between the mandated and more idiosyncratic was sometimes quite stark. Jedi is more internally coherent, feeling less like a movie that’s forced to stop occasionally spoofing itself.

There is a topical emphasis, brief but surprisingly earnest/explicit, on the evils of arms dealers playing both sides against each other, which is location-wise conflated with the brief suggestion of child slavery. Eight installments in, a franchise which resolves around the perpetuation of eternal combat (We Have Always Been At War) while ostensibly seeking its resolution has always been fueled by an obvious internal contradiction that’s best to just roll with rather than interrogate. That goes hand in hand with the well-known irony of Lucas creating Star Wars as an anti-Vietnam allegory (“A large technological empire going after a small group of freedom fighters”) only to create a franchise that would come to stand in as the Evil Empire shutting down any space for non-franchise films (a simplistic but popular narrative).

I knew all of this already; this is how it works. So why was I so antsy? The buffoonish of those Evil British Empire fops is played for maximum, self-knowing laughs here; there is a concerted injection of levity decoupled from C-3P0/R2-D2 throughout, an acknowledgement that all this is kind of silly, even when it otherwise unfolds with otherwise unreconstructed gravity. There are some real surprises in here; a purely visual gag involving a close-up of a steam iron has my full admiration, as does a bit in which Oscar Isaac’s line delivery is a dead ringer for Chevy Chase’s Land Shark. Somewhere along the way, though, the expert recombination of the limited elements powering the journey of various (wo)men with a thousand faces mostly made me tired. The surprises are in the details; the journey is as expected. Which was the same thing as Abrams did, as best I can articulate (to my own frustration); maybe I was just hungry.