“Like Most Things, We Got There After a Lot of Trial and Error”: Editor Patrick Colman on Hearts Beat Loud 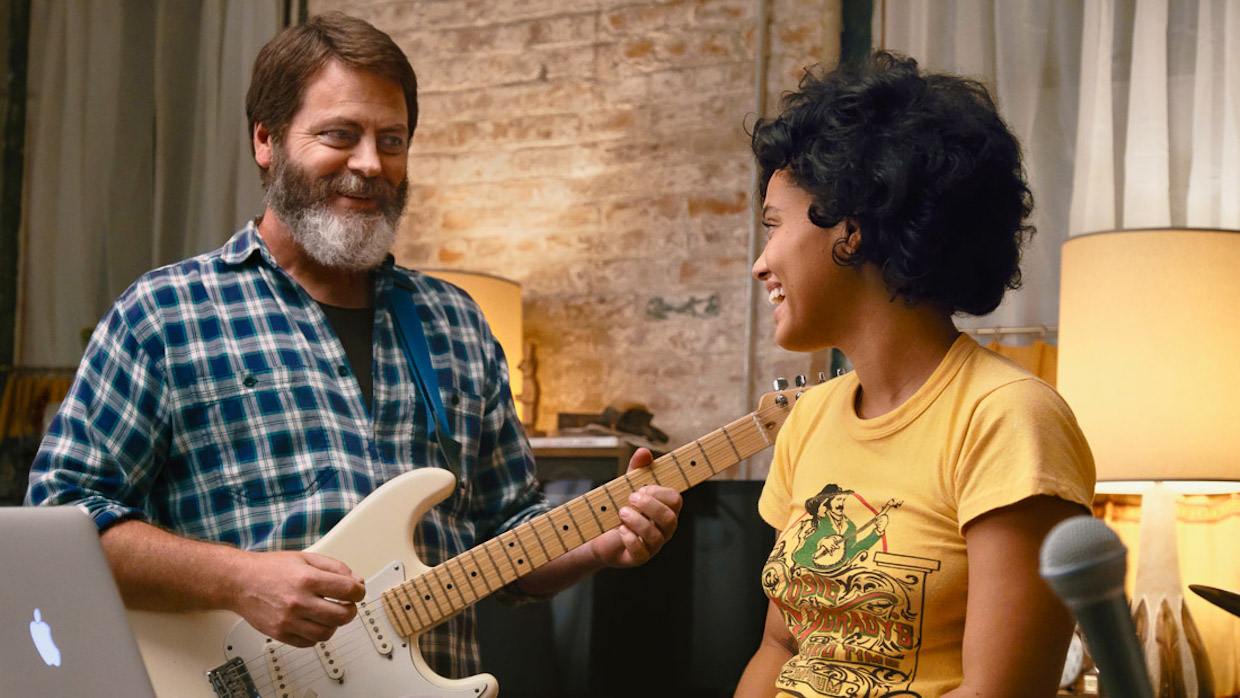 In 2017, Patrick Colman edited the music video for “Holding On” by the indie rock maestros The War on Drugs. Brett Haley, the writer/director behind the 2017 Sundance hit The Hero, directed the clip. The director and editor reunite on Hearts Beat Loud, a family drama starring Nick Offerman, Kiersey Clemons and Ted Danson. Colman previously edited Sundance titles Other People (2016) and Hits (2014). Below, he shares his thoughts on cutting the music-driven Hearts Beat Loud.

Colman: I had previously cut the film Other People for Park Pictures – which was a financier on Hearts Beat Loud. Through Park, I met Brett when he was doing post on The Hero. I’m guessing when Hearts Beat Loud was coming together, pretty close on the heels of The Hero, I was one of the editors fresh in everyone’s mind. And then prior to Hearts Beat Loud, I cut a music video for The War on Drugs that Brett directed and we were able to quickly get in sync with each other in the edit room. We found that we have similar sensibilities, work ethics and senses of humor. So, I think that went a long way in getting him to trust me with his film.

Colman: Our main goal after completing the first cut was to keep the narrative moving in a way that keeps the audience engaged with the characters and what they are going through. We worked on pacing mostly and used test screenings to hone in on the best cut. The biggest thing we wanted to do was really nail was the father/daughter relationship between Nick Offerman and Kiersey Clemons. They have a lot of charm together, and we wanted to make sure to let that come through in as honest a way as possible.

Colman: We did a bunch of test screenings pretty early on and throughout the edit. They were a great way to take the temperature of audiences and to identify broad stroke problems.

Colman: I started 14 years ago as a runner at Final Cut, NY, the post house I still work out of. Through the years, I’ve had the opportunity to work with some really great editors and directors on a ton of different stuff: commercials, music videos, docs, television and film. Hopefully some of their talent rubbed off.

Colman: We used Avid Media Composer. It’s what I’m most comfortable with.

Colman: There are a lot of live musical performances in this film, 0ne pretty sizable one in particular. It was a pretty tricky juggling act of hitting story beats while tracking and maintaining the energy and sync of the performance. Like most things, we got there after a lot of trial and error. It was certainly a challenge but it was exciting when we eventually cracked it.

Colman: As we went through the editing process and the test screenings we discovered that certain themes and threads of the story were stronger than others. Our goal was to highlight the strengths and play down any weaknesses. So, I don’t have a different understanding of the film per se, but I do think that we have a much more focused and streamlined story that will hopefully resonate with people.