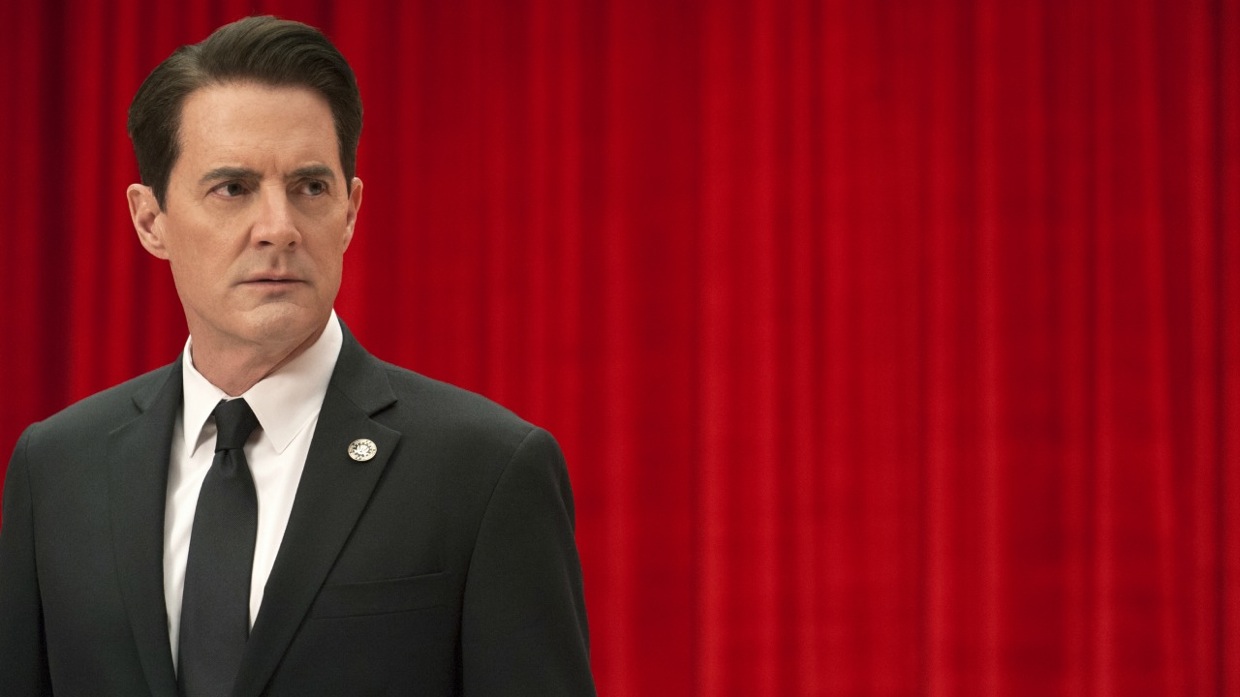 Attending the New York Film Critics Circle awards dinner when you’re a) not a NYFCC member b) have no interest in awards season is an interesting proposition. Theoretically awards season spans just half a year, kicking off with the Telluride Film Festival and concluding with the Academy Awards, but there’s an argument to be made that it’s now a 14-month affair. Awards season begins in January, with Sundance and attendant coverage with headlines reading “Here’s your first best picture nominee of the year,” temporarily goes into hibernation while the previous year’s awards season wraps up, resumes with fevered speculation at Cannes and just doesn’t stop from there. There were a few years when I had to follow awards season fairly comprehensively, when my freelance tasks included normal blogging functions; it drove me mildly crazy.

The very concept of a critics’ award ceremony is kind of charming — as my colleague Sam Adams has observed, being a full-time critic is an increasingly theoretical and vestigial idea. In the future (which is basically now), in his terms, we will all be “cultural generalists” — more lists and TV recaps, thinkpieces definitely preferred to reviews. For obvious reasons, Tiffany Haddish’s 18-minute acceptance speech was the most-written-about part of the evening, but the segment that really got my attention was Molly Haskell accepting a career achievement award. It wasn’t anything she said, particularly — she’s just an extremely important, very good writer who I hadn’t seen speak before, and whose retained Southern drawl (transplant or no) put my Texan-born self instantly at ease. It was, nonetheless, more than slightly disorienting to see someone speaking in the capacity of lifelong critic.

There is a general sentiment that 2017 was a fairly weak year for film. Every year, I keep a running list (inelegantly formatted) of my top 10s/HMs of the year, as tied to their premiere date (rather than US theatrical release date). I’m only really blown away by a new film, at best, three times a year, and I only see a stone-cold killer once every five years or so. (I’m tough!) But every year has a certain quantity of films that are quite good indeed — in the aggregate, I have fewer listed for 2017 than for the years previous to it, suggesting that, at least by my standards, it was indeed a fairly fallow year. But, in the spirit of annual stock-taking, and avoiding the boredom of reshuffling the same small group of titles, here’s an alternate top 10.

OK, so I’m slightly trolling with the category designation on this (I don’t want to rehash my piece on this). But I will say, after rewatching (nearly all of) Twin Peaks: The Return this weekend at MoMA, that (Showtime logo aside — that’s still in the DCP for every episode except the ones broadcast together), this absolutely benefits from big-screen viewing. You can see the tiniest visual elements much more clearly, some of which were previously illegible, and unless your home stereo setup has a seriously effective subwoofer (Lynch leans bass-heavy as usual) you want to hear this on the biggest speakers available. It’s my hope that with DCPs now created for this weekend’s marathon screening, Twin Peaks theatrical showings will become a regular addition to Lynch retros, a readily available occurrence rather than a Very Special One Time Only Event. [Update: according to this podcast with executive producer Sabrina S. Sutherland, screenings will not be “once in a lifetime,” but relatively rare. She also notes that the color timing and audio mix was adjusted for the DCPs.]

Only the Brave did not prosper at the box office, presumably in part because the true story it’s based on is a bummer and the trailers made it look akin to some kind of doofy disaster movie. In fact, Only the Brave is a scrupulously researched, detail-heavy immersion into wildlife firefighting. That includes a lot of really heavy Male Bonding, so viewers who cringe at e.g. Everybody Wants Some!! will want to steer clear (the ethos in a dialogue nutshell: “Family, bro”), but it’s completely credible. Points off for a nagging wife subplot (in a slot occupied, per semi-usual, by Jennifer Connelly) and casting Miles Teller, but this is a fine, illuminating look at a niche culture that bodes surprisingly well for Kosinski’s forthcoming Top Gun 2, which stands to benefit from similarly deep research conducted into the lives and habits of navy pilots.

Autumn, Autumn was compared to the work of fellow Korean Hong Sang-soo, but the similarities are pretty facile. Jang has his own ideas about duration and night lighting — this exploits digital’s ability to work with minimal on-screen light to the lo-fi max — and climaxes with a fairly remarkable lunch between a shaky middle-aged couple on an awkward weekend date, ~10 minutes in duration, that rises and falls in conjunction with sunlight and the (relatively modest) amounts of spirits consumed.

There ought to be a license to apply to use drones and GoPros, both of which need to be used sparingly and only when it makes sense. Lynch found a good use for drones in Twin Peaks, while The Challenge — a droll portrait of extremely wealthy Qataris frittering away their time by pursuing the surprisingly expensive sport of competitive falconry — similarly used GoPros to excellent ends by strapping them to the heads of birds performing extremely vertiginous flights. Not quite Leviathan, but fairly close to temporarily experiencing what it’s like to be non-human.

Jim & Andy: The Great Beyond – Featuring a Very Special, Contractually Obligated Mention of Tony Clifton is that this footage — Jim Carrey in abrasive character, start to finish, on the set of Andy Kaufman biopic Man on the Moon — is exponentially more fascinating than the present-day interview with the actor making up half the film. That assumes, though, that we should take Carrey’s ramblings on the nature of existence and nothingness at face value; what I saw, instead, was a passel of hilarious (as long as you personally are not on the crew and having to deal with it) and fascinating behavior, juxtaposed by a portrait of an actor narrating his gradual realization that nothing is going to fill the void inside; I was legitimately shaken. (I also highly recommend this essay about watching the film with Andy Kaufman’s siblings, who discuss the weird effect of interacting with Carrey-as-Kaufman in a way not too far off from Marjorie Prime.)

I wrote about My Journey Through French Cinema here. Tavernier noted that making the film led to restoration of certain titles, which have started coming down the US pike: Jean Delannoy’s Maigret Sets a Trap received a theatrical run, some of the other titles showed in new restorations at this LA series, and I suspect there’s more from the neglected-here parts of French cinema history to become more widely available soon.

Starless Dreams is as bruising and wrenching to watch as you might expect of a doc portrait of a juvenile detention center for Iranian girls. It’s also scrupulously crafted in a way that rejects bathos, tough-minded and fairly revelatory, well worth the emotional effort demanded. I’m noting it here because not enough people seem to have it on their radar, and particularly because NYCers will have another chance to rectify that at the end of February, when Anthology Film Archives will be holding an Oskouei retro.

Best Movie I Got Blurbed On

I almost never get quote-blurbed on poster or trailers, which is A-OK by me: I’ve made a conscious effort to strip any and all positive adjectives that could be reduced to meaningless commendations out of my writing. But I was super-bemused that Thy Father’s Chair — another very fine documentary that didn’t get enough attention — had a poster that quoted me as follows: “First enigmatic…then actively nightmarish.” Enticing.

Most American viewers seem unaware of Wu Jing’s Wolf Warrior 2, a hilariously belligerent action movie that very quickly became the highest-grossing Chinese film to date. Jing’s character (the titular Wolf Warrior) represents Chinese force and moral righteousness in a fictional African country, where the natives look adoringly at their Chinese bosses and work happily in crowded factories. The plot of the movie revolves around how unfair it is that China has to wait for UN approval before firing off missiles wherever they choose, leaving Jing no choice but to pull out the martial arts against the American face of all evil (gamely embodied by Frank Grillo, who appears to do an impressive amount of his own fighting). Some reviews flagged with disapprobation the tone of mindless nationalism, but turnabout is fair play: we gave the world Rambo and innumerable fantasy exercises at winning the Vietnam War, so getting some of that back our way seems fine. The film is alternately inadvertently hilarious and genuinely exciting as an action movie; things could be much worse.