“The Chaos Grew into Something So Beautiful”: Director Crystal Moselle | The Skate Kitchen 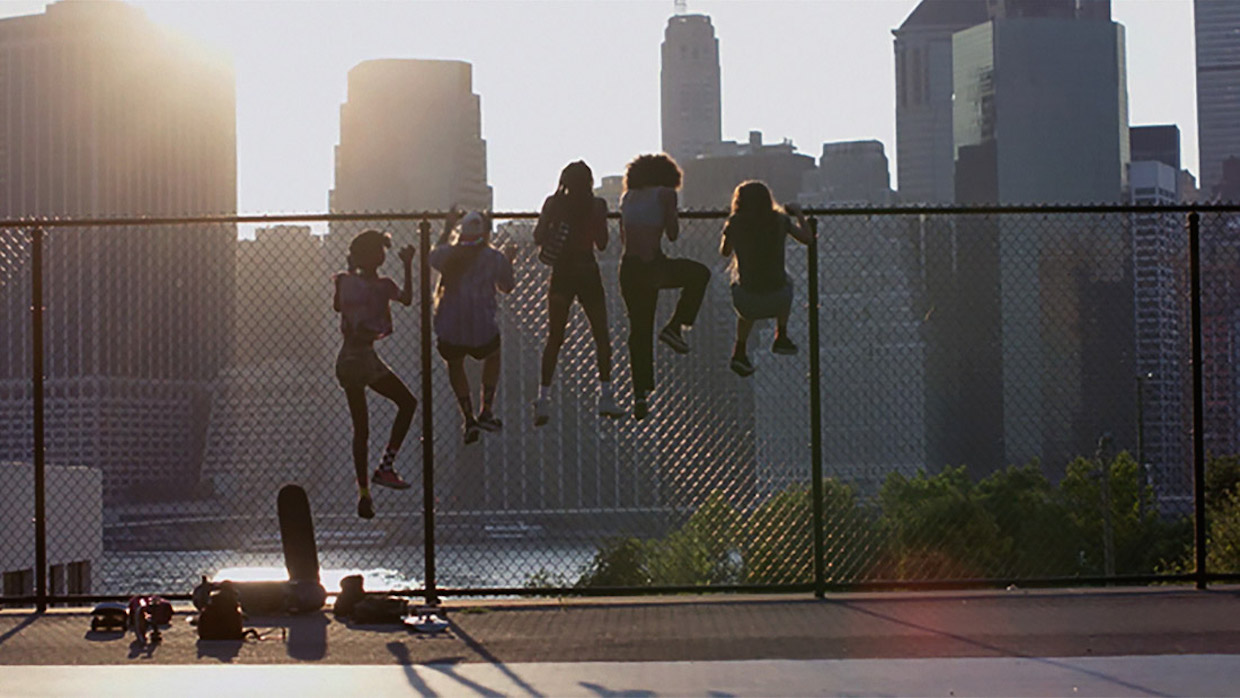 A year ago I was just trying to find the money to shoot this film. I had no script but a great idea. I knew the film had to be shot ASAP because my subjects were quickly growing up and that magical age from 17-19 was about to be lost. I was so determined to make this film, so I just kept moving forward believing that I would be shooting in the summer. This film had every bit of chaos you could imagine. I was in the hospital with exhaustion the day before shooting. One of our cast members was in a mental institute for six days a month before shooting. We didn’t really have a finished script until three weeks before shooting. The funny part is we shot a film with over 250 skateboarders doing crazy stunts every other day, yet there was not one injury. The chaos grew into something so beautiful and these girls have become my family. I still see them constantly and they give me hope for the future because they are so smart and insightful and really care about humanity. They are the anti-materialistic Kardashian vibes that seems to be shielding humanity from the truth about the things that matter in life, like love. Aside from that I just knew this project had to be out in the world because it had this insane momentum that carried us along the way, and when something went wrong I knew deep inside my gut that it would work itself out. I feel like that with the climate of the world right now. I think everything is going to be OK but we can’t stop paying attention and fighting for a better world.