“As a Young Filmmaker You Discover Editing Only by Accident”: Editor Yannis Chalkiadakis on Pity 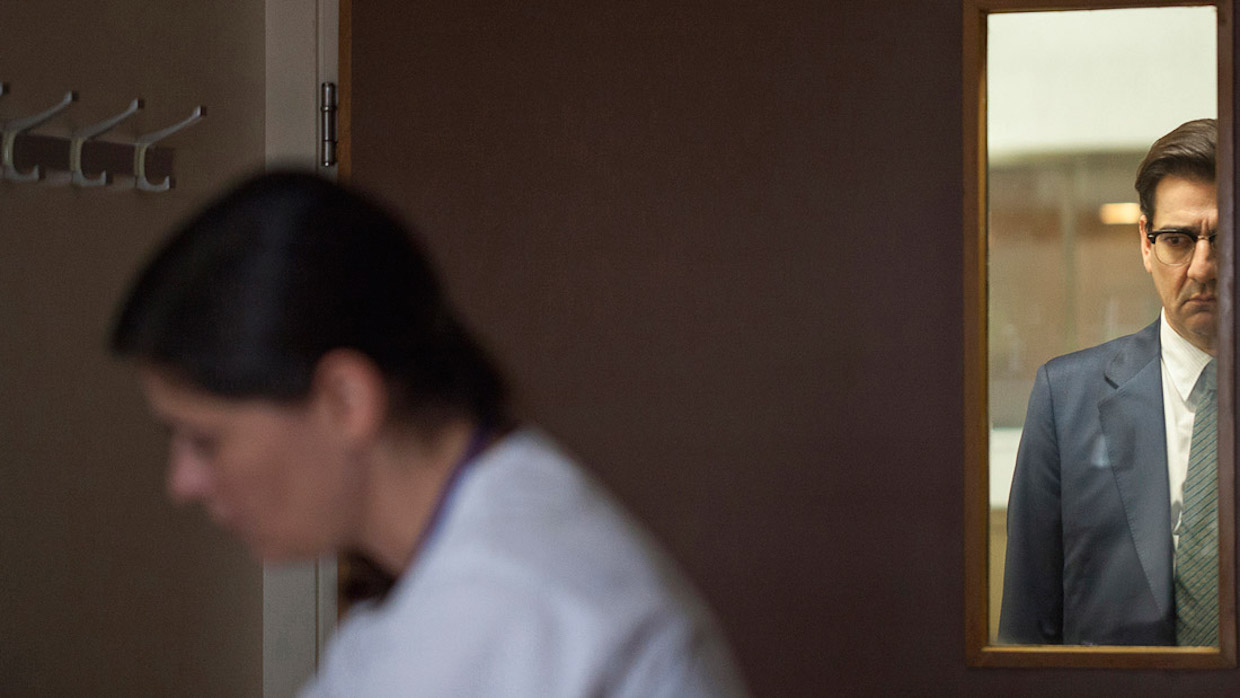 by Filmmaker Staff
in Editors, Interviews, Sundance
on Jan 30, 2018

Yannis Chalkiadakis has been an editor of advertisements, shorts and feature films since 1993. His recent credits include Interruption (2015, Venice), A Woman’s Way (2009, Berlin) and L (2012, Sundance). He edited that last film for Babis Makridis, who returned to Sundance this year for his dark comedy Pity. Chalkiadakis speaks with Filmmaker below on the parallels between editing and sculpture, the influence of Hitchcock on his work and why, when it comes to editing, “it’s not the software that counts.”

Chalkiadakis: I’m the editor of Babis’s previous films as well. Also I’m relatively not expensive [laughs]. The relation between director and editor is a unique one. It is almost like the psychotherapist and the patient, but the parts are not fixed; they frequently exchange roles. It’s based on trust that the intellectual path that is established can reveal the way to make the film work. Of course you have to have talent, experience is welcome and an ability to share your thoughts without imposing them.

Chalkiadakis: The main goal in this kind of film is the clarity of the hero’s emotional journey. Subsequently this includes a structure with a strong turnover, and a carefully crafted climax of the last part that will lead to the final act. We took the freedom to change the order of almost every scene we felt was necessary. I’m happy that it doesn’t show. This probably sounds generic but by watching the film I hope you’ll agree with me.

Chalkiadakis: Editing is very much like sculpting – a bit here, a bit there. You can’t create everything at once. You set goals. You set a strategy. The screenings are very important but you have to be very careful how you read the feedback. Most of the time they point to the problems only dislocated. What I mean is that a wrong editing decision will come up as a problem later, so the solution most of the time needs more effort than merely deleting what feels wrong. Only the director and the editor know the available tools they have.

Chalkiadakis: As a young filmmaker you discover editing only by accident. No editor I know chose to became an editor from the beginning. You stumble on it, and if you’re the right person then you might follow it. Hitchcock is a huge influence in my work. It’s the perfect marriage between mise-en-scène and editing. You are not certain if a decision was planned or it was discovered in the editing. Also I admire Kitano’s editing style.

Chalkiadakis: Media composer, because the director is also familiar with it. I could have done it with Adobe Premiere or Lightworks. It’s not the software that counts.

Chalkiadakis: I would rather not say which scene, but what I can say is that whenever you struggle with a scene or part of the film, try to make it work with the least ingredients you can use. Most of the time it’s a “noise” problem. Pin it down to a single idea. Obey it with accuracy. Then you might want to build around it.

Chalkiadakis: Now that the film is over it has a life on its own. Every time you interact with it, it’s different. Although I still remember all the reasons for every cut of the film, I’m excited to see it in the theater with the audience and discover how it resonates in me.