“I Shot This Film Under Dangerous Circumstances”: DP Bernadett Tuza-Ritter on A Woman Captured 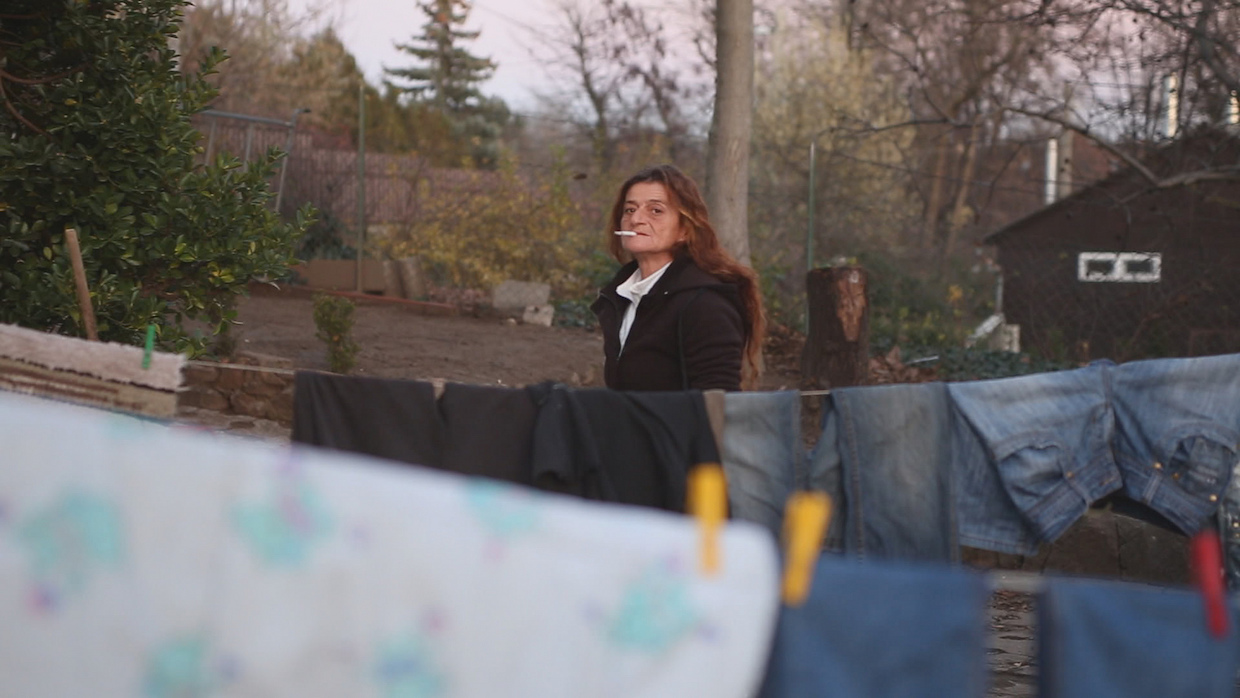 To capture the story of a Hungarian woman acting as an unpaid servant in cruel captivity for over a decade, Bernadett Tuza-Ritter simply had no choice but to act as her own DP. A Woman Captured, which premiered at IDFA before making its international premiere at Sundance. Tuza-Ritter explains her approach to lighting and story construction under difficult circumstances.

Tuza-Ritter: I shot this film under dangerous circumstances. My access was built on trust, so I was not able to invite any other crew member to the shooting. If I wanted to make this film, my only chance was to grab my own camera and walk into that house.

Tuza-Ritter: The main point of my artistic concept was to bring the viewer as close to the protagonist’s situation and emotions as possible, therefore the majority of the film is basically close-ups of Marish. I never wanted to paint a detailed portrait of the villain on the other hand, because the problem is not her. It is a much bigger issue, a widespread problem, and I wanted to emphasize the universality of this problem. Modern day slavery exists all over the world, with no regard to gender, age, culture or ethnicity. So the visual concept was designed to create emotional attachment to Marish, while it was also a bit of an experiment: to see whether you can build a “villain” out of fragments, noises and shades.

Tuza-Ritter: To be honest, I studied the dramaturgy and the visual concepts of Hungarian and international cartoons and animation movies. For example Cinderella, and the conflict between her and her evil stepmom, is not so far from the one between Marish and Eta. Whatever I watched, I looked thoroughly at patterns of “the evil,” and the anatomy of the villain.

Tuza-Ritter: When I shot the majority of the material, I did not yet have producers. It means in the beginning I shot without financial support — before I met Éclipse Film ‚ covering my own costs. So I had to use my DSLR and the lenses I had. Also, I did not have thorough education in cinematography, but this film could only be done this one way, if I photographed.

Tuza-Ritter: I could only use the light that was inherently available on the location. While shooting, I really tried to utilize whatever light I had, in order to reflect the protagonist’s actual emotional state as well as I could. Sometimes that wasn’t much and I am very grateful for the amazing color grading Ádám Vándor did (Spájz Studio, Hungary).

Tuza-Ritter: The escape. Because besides photographing, I also had to really be there for my protagonist. Of course that applies to the whole story, but in that situation I really felt that I had huge responsibility for what was going on, and I was also actually nervous myself.

Tuza-Ritter: My film is an observational documentary, and even though it does test the boundaries of certain genres, there was no digital manipulation whatsoever, other than color grading.