Mélanie Laurent on Galveston, Affordable Song Rights and Directors (Not) Working with Actors at SXSW 2018 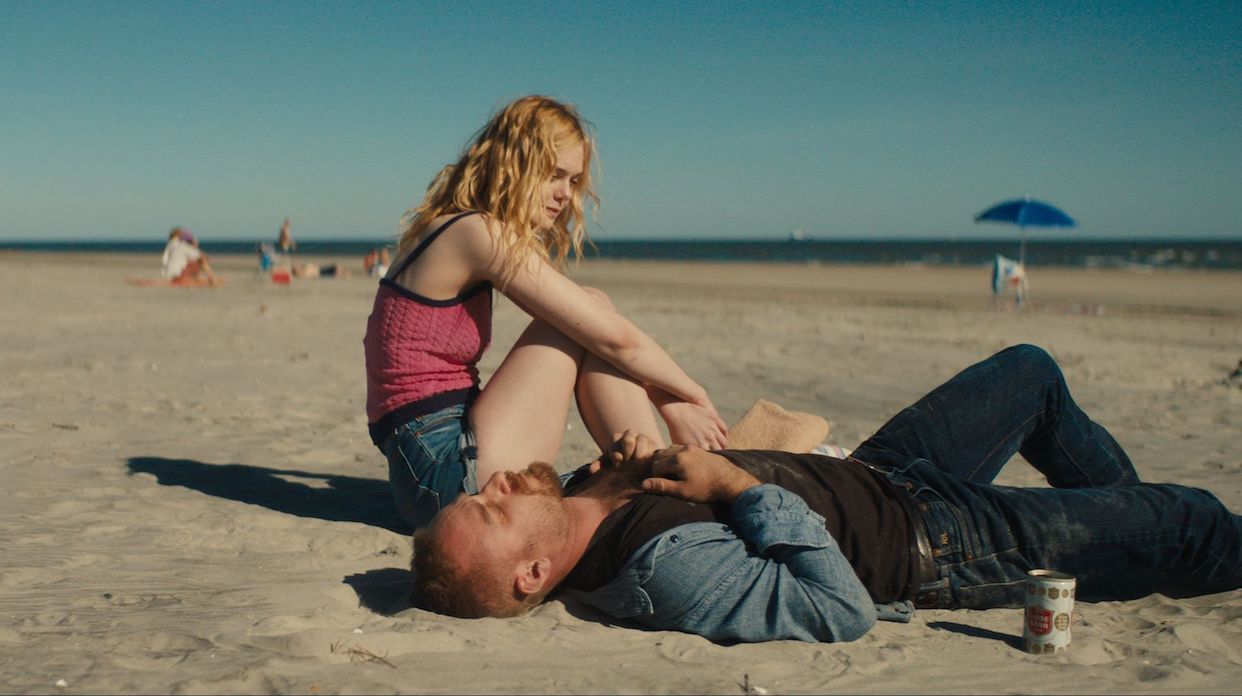 The Plot: On the run from a New Orleans mobster (Beau Bridges), a dying hit man (Ben Foster) and a sex worker (Elle Fanning) hit the road for the titular location. Based on the novel by True Detective author Nic Pizzolatto.

The Interviewee: Writer/director Mélanie Laurent. This is the French filmmaker’s first English-language feature as director. As an actress, she has appeared in Inglorious Bastards, Beginners and By the Sea.

Filmmaker: There’s an interesting quote from you in the press notes that says something like “This is a story that maybe wasn’t meant for me, but I was able to make it my own.”

Laurent: Did I say that?

Filmmaker: I have no idea. (laughs) The press notes say you did. Alright, let’s try this — what appealed to you about Nic Pizzolatto’s story and how did you inject your personality into the script?

Laurent: As an actress or as a director, the only way I can work is instinctually. I read the original script and just started picturing the movie. I was so surprised that I could picture such violent scenes and I was surprised that I connected with such an American story. I fell in love with so many of the details and with the character of Rocky (Fanning). When I finished the script I said, “I don’t know why, but this is for me.” What I did want to do is develop Rocky’s character a little bit more. I wanted her to be a real character, not just a baby doll who is being sexy all the time.

Filmmaker: You shot this mainly around Savannah, Georgia, but you scouted Texas and Louisiana as well. Had you ever been to that part of the country before?

Laurent: Not at all. The first scouting trip was just me and producer Tyler Davidson. We hit the road for ten days and didn’t know each other at all. What I love about scouting is that you have new ideas. For example, in the script we didn’t have that cleaner’s space (that serves as a gathering place for Bridges’s men). That was originally a bar. We couldn’t find the bar and then suddenly we passed by this cleaner’s sign and it looked so cool. We went in and thought, “What if there is not a bar anymore and instead we have some type of social club inside this crazy space?”

Filmmaker: I love the color palette in this film and the way you use contrasting colors in the same frame. You have these blues and greens mixed with warm orange light. Is that something that came from the colors you saw on the scout?

Laurent: No, that was in my mind with my director of photography before. We wanted to start with this movie being very dark — very film noir, very genre. We wanted to start with all these characters in dark places and then add more light and more natural light when they are on the road and we feel like maybe it’s going to work out for them. Every time I move the camera I need it to say something. I never move it just to move it.

Filmmaker: Since you mentioned camera movement, tell me about the oners you use during the movie’s two violent set pieces. In the first, you’re very tight in close-up on Ben Foster’s character as he’s being ambushed. Then toward the end of the film there’s this bravura tracking shot that starts inside a warehouse and then continues into a car chase as Foster speeds away while being shot at. What do those shots say?

Laurent: The first one I really needed to be with [Ben’s character]. I didn’t want to see anyone else. I wanted to leave that violence through his eyes instead of making sure that [the audience understands everything that’s happening in that moment. And that’s the first scene where Rocky and Roy (Foster) meet. So we wanted to be on him going through this big gunfight and then reveal her.

Filmmaker: Did you shoot coverage on either of those oners?

Laurent: No. When you have a radical idea, you have to commit to that radical idea and have no choices in the editing room, otherwise you’re losing your instinct.

Filmmaker: There are disguised cuts in the second oner?

Laurent: Yeah, because we had to go from Steadicam to handheld [once Foster gets into the car].

Filmmaker: How did you prep for that shot?

Laurent: We rehearsed it for a day and then shot it the next day.

Filmmaker: How many takes did you do?

Laurent: The first part was around 10 takes and then the second part was only like two takes, because the glass in the car window breaks and we only had a few pieces of glass.

Filmmaker: My favorite scene in the movie is when Foster’s character goes to visit his ex-girlfriend (Adepero Oduye). You get a sense of him trying to come to terms with what he’s missed out on by taking the path that he’s taken.

Laurent: I love that scene. It’s the only scene where we learn a little bit about his past.

Filmmaker: When you do a scene like that, do you like to shoot multiple cameras so you can capture both sides of that interaction in the moment?

Filmmaker: Would you have preferred more than one?

Laurent: For sure. Just for scenes like that, to be able to capture it in maybe just one or two takes. If you can get the coverage with another camera at the same time it’s the best for the actors. When they know they’re only going to get one or two takes, you see a difference. But we didn’t have that.

Filmmaker: There’s a trend I’m seeing when shooting digitally where directors will reset multiple times during the same take rather than cutting and going again. As an actor and a director, do you like that way of working?

Laurent: I like to say cut. (laughs) I love to say “action” and “cut.” But there are times as an actress when you feel you need to extend something. Sometimes I’d work as an actress and the director would say “cut” and I’d say “But I was just about to do something!”

Filmmaker: It feels like in Galveston you’re more interested in capturing a certain mood or tone than about the mechanics of moving the plot forward. There’s a scene I love where Elle Fanning is sitting on the hood of a car singing the song “Thirteen.” It doesn’t move the plot forward, but it’s evocative and it informs character.

Laurent: When I was preparing the movie I saw a video of Elle singing. I didn’t know that she had this perfect voice. I was just like, “She needs to sing at some point in this movie.” I also think that’s maybe the female vision of this movie. That scene was not in the script, but I think it adds something to the movie at the end. It shows that, yes, she’s a hooker, but she can do so many other things and has so much talent. She just needs a second chance. And I liked the fact that in that scene Ben is there just observing her. That was something I loved in the script, that platonic relationship. It’s not a love story, it’s a beautiful friendship between two people.

Filmmaker: Why that particular song? It’s a favorite of mine, especially Elliott Smith’s cover.

Laurent: Money-wise, it was a song that we could afford to get. I listened to a lot of songs and that was the one that felt like it was right. I also asked Elle what she thought about it and she picked that one. I love when actors are involved. We improvised so many scenes in the movie and to be able to do that you need trust.

Filmmaker: You worked with Mike Mills on Beginners and he likes to be improvisational and involve the actors creatively in the way you’re describing. Did working with him influence the way you do things on set?

Laurent: I directed my first movie after Beginners and I was so inspired by that guy. Every time I do a new film he’s the first director I ask for advice. I talked to him about Galveston and I said, “Mike, I’m terrified. I’m going to make my first American movie. I have to make it look American. How am I going to do that?” And he was like, “Don’t do that. Don’t change the way you shoot. Just follow your actors and follow your story.”

Filmmaker: How do you deal with actors who have different needs? Ben Foster likes to talk about his character and do a lot of prep work. Elle Fanning is more instinctual. Is one of the benefits of being an actor/director that you are able to recognize and empathize with those differences?

Laurent: I’m a lucky actress because I’ve worked with so many amazing directors and they’ve inspired me so much. But so much of the time, and it’s sad, directors don’t know how to talk to actors. I’ve worked with so many directors who didn’t even talk to me for like two months. Sometimes they think that casting an actor is directing an actor, but I feel like the actors and I have so many things to discover together. And I speak the same language as actors and I know how they feel when they step on set. When an actor says “I don’t feel it,” most directors get annoyed. I always start with their feelings.

Filmmaker: You talked in your post-screening Q&A about still photographers being your primary visual inspiration for Galveston. I loved the compositions in the movie. Were there certain photographers you looked at?

Laurent: I love [Gregory] Crewdson for sure. We looked at so many different books and then we started to put together mood boards. We had this giant wall of pictures and then we’d say “This one is not the movie” and we’d take some photos down. Then when we felt like we had the soul of the movie, we started using these toy cars that my son always wanted to steal to figure out how to shoot our car scenes. So we were basically playing with toys. This is such a funny job. It’s the best. It’s like being a kid again.