“It’s about the Barriers to Justice that Exist when you are Poor and Up Against a Foreign Superpower”: PJ Raval on Call Her Ganda 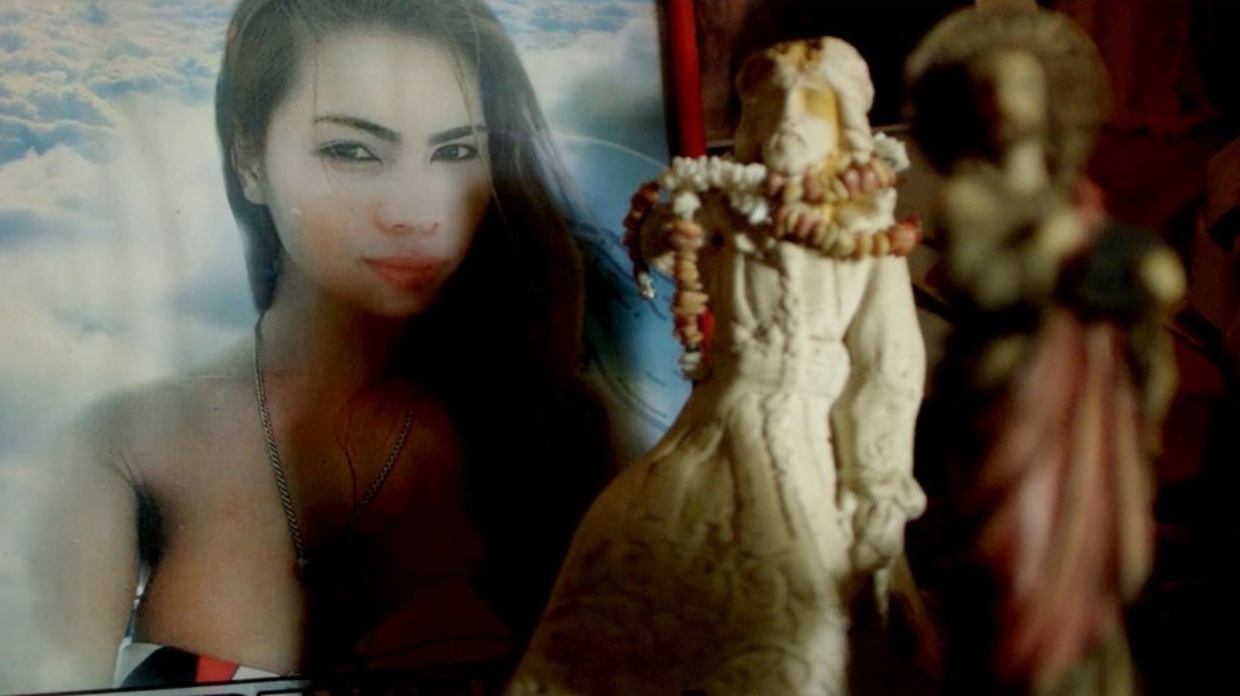 by Lauren Wissot
in Directors, Interviews
on May 5, 2018

Fresh off its Tribeca world premiere, and currently wrapping up at Hot Docs (till Sunday, May 6th), Call Her Ganda, an alumnus of Spotlight on Documentaries at IFP Week, is the latest feature from 25 New Faces of Independent Film alum PJ Raval. The thought-provoking doc follows the heartbreaking and utterly thorny story of Jennifer Laude, much beloved by a doting mother (who called her by her nickname “Ganda,” which means “Beauty”), sisters, and her German fiancé. After a night out with girlfriends back in 2014, the 26-year-old ended up being murdered by US marine Scott Pemberton, who left her naked body in a hotel room bathroom, her head in the toilet. That Jennifer had the bad luck of being a member of an oft-ostracized community — in this case trans sex workers — in a country (the Philippines) that allows for the US military to be exempt from its local laws, is what makes her tragic death also so very complicated.

What makes Call Her Ganda so powerful is that Raval smartly widens the lens to tell Jennifer’s tale through the afterlife of her death, an event that brought together three real-life wonder women — a grieving mother who refuses to let her daughter be shamed, a tenacious, trans American journalist with roots in the Philippines, and a cisgender female lawyer determined to put a check on US imperialism.

Filmmaker caught up with Raval during Hot Docs to discuss what happens when human rights activism collides with American impunity in a country now run by a brutal, anti-Western, strongman.

Filmmaker: My favorite VR piece last year was Gina Kim’s breathtaking Bloodless, which deals with the gruesome murder of a (cisgender) prostitute — a crime for which US Forces in Korea refused to extradite the suspected soldier. That event similarly provoked mass protests by Koreans against US militarism and the 96 “camp towns” that exist in a legal no-man’s land on Korean soil. That killing happened back in 1992, though, and to this day justice has not been achieved. Do you know if activists in these countries where the US military has immunity from local laws are currently banding together for worldwide change?

Raval: I don’t know, but they should! In the case of Jennifer Laude, Pemberton was only brought to trial through the combined efforts of different activist and human rights groups. Trans rights activists, LGBT activists, women’s rights groups, and anti-imperialist groups brought attention to the crime and demanded that the Philippine government take action. But I’m not sure each group could have been as effective working individually. So this solidarity amongst communities was a huge first step, and now perhaps this can expand into other regions to create a larger and more unified network.

But easier said than done, right? The Visiting Forces Agreement is still very much in effect in the Philippines, so I can see how hard it’d be for these activists to start thinking beyond their own nation when there’s so much work needed to be done right at home. But perhaps a unified global effort could be equally effective.

Filmmaker: I also wonder if, given today’s climate — MeToo, more trans visibility, more sex worker activism — we’re now at a turning point. Is this female-led movement happening in the Philippines as well, or just in Western nations?

Raval: It’s not a coincidence the subjects of Call Her Ganda are all women and trans women. In the Philippines, at the forefront of this movement were those who have been constantly subjected to violence and abuse due to increased militarization — not only women, queer women, trans women, and women-identified individuals, but also mothers, daughters, and sisters. But the Philippines has always had strong female leaders — there was a woman president long before the US had even had a woman presidential nominee. The Philippines also has one of the first openly trans congress members. So in a lot of ways the Philippines is much more gender-inclusive and progressive than “the West.”

Filmmaker: One of the thornier aspects of your doc is the fact that the nationalist policies of a strongman like Duterte may actually lead to much-needed correctives and accountability. Duterte may be a cold-blooded killer himself, but he also met with Jennifer’s mother, offered her financial support, and (according to him) is even trying to scrap the Visiting Forces Agreement that allows for US soldiers to act with impunity. How do Filipinos reconcile the contradictions of a president who simultaneously murders the marginalized and comes to their rescue?

Raval: Well, up until now the Visiting Forces Agreement is still very much in effect despite the public statements made by Duterte, and I don’t think there’s anything in the works to dismantle or abrogate the agreement. So one has to question if the current administration will change anything at all. Also, as trans activist Naomi Fontanos has so eloquently stated in some of our post-screening Q&As, there’s a difference between advocating for sovereignty versus expressing anti-US sentiments. Even though Duterte has made anti-US statements, he’s also made pro-China and pro-Russia sentiments as well. So one also has to wonder if he’s advocating for the Philippines to be dependent on new alliances with other foreign superpowers and not the US versus advocating for an actual independent sovereign nation. The two are not the same.

Filmmaker: It struck me that neither the perpetrator in this heinous crime, nor his family, nor anyone from our military forces was interviewed for your film. Did you reach out to anyone on that side? If so, what was the reaction?

Raval: It’s nearly impossible to interview Pemberton since the trial is technically not settled. We had a military advisor who got us in direct communication with Pemberton’s chain of command, and this high-ranking military official told us even they could not grant access since this case had become a clear issue of diplomacy. And unless they received word from the President of the US…

But at the same time, for me Pemberton is not the story. The story is these willful women and their experience taking on the US to fight for justice over the death of Jennifer Laude. It’s not about whether or not Pemberton is guilty, it’s about the barriers to justice that exist when you are poor and you’re up against a foreign superpower.

Making the film about Pemberton and the US would be a disservice to the subjects and what’s at stake. Effects of colonialism and imperialism run deep, and in this case I chose to make the film about the colonized and not the colonizer. Some people have a hard time understanding that point of view and want a more easily digestible “true crime story.” But as Virgie Suarez, the attorney representing the Laude family, says, “This is not a simple case of murder.” In order to understand what happened to Jennifer that night one has to look into the history between a colonizer and the former colony or neo-colony. This is not about a crime or a trial. It is about a long, deep-running imperialist relationship, and each twist and turn is informed by that unequal relationship.