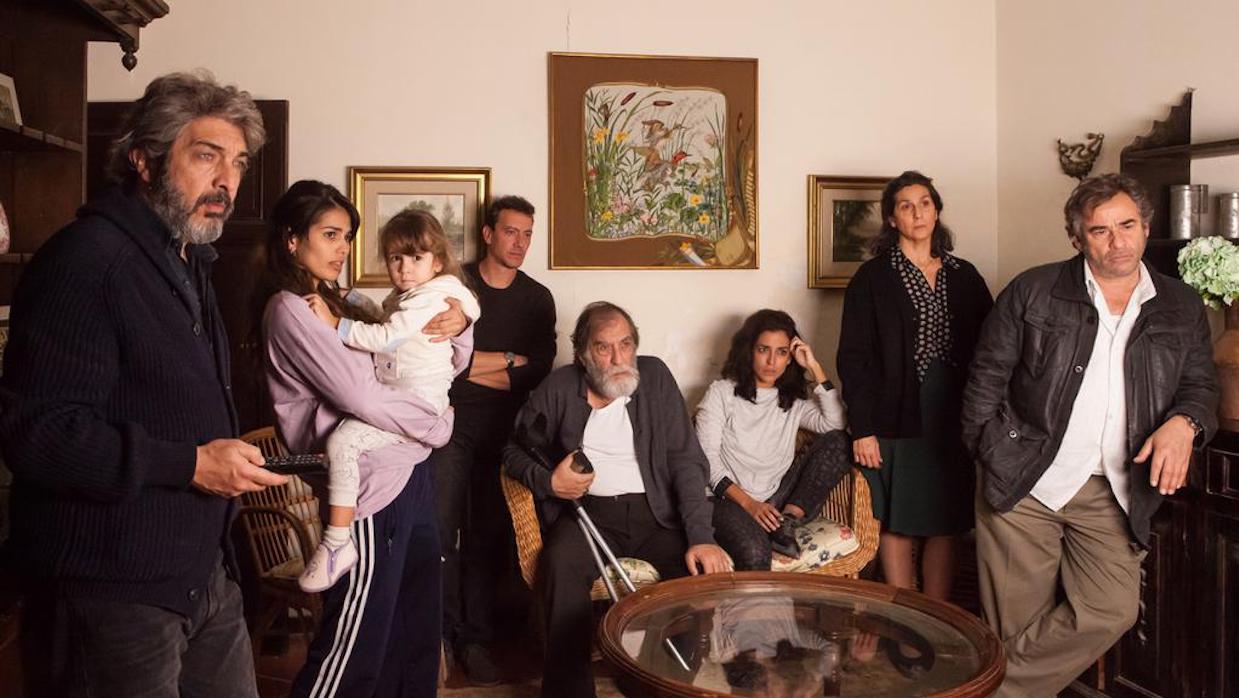 One’s valuation of a film—really, any piece of art—is inseparable from the conditions in which it was experienced. The time of day or overall mood and health at the time of the screening (or link-watching) inform my appreciation of a movie just as much as anything else (save for aesthetic preference and sensibility, perhaps), and this extends to festival contexts—to the ways a film participates in the narrative arc of the nine or ten or twelve days of the event, to the impatience stemming from a lack of masterpieces (or good movies, period), and so on. I bring this up to provide some reference for why I might have been especially ill-positioned to receive my first two movies of this year’s Cannes: Asghar Farhadi’s Everybody Knows, which opened the Official Selection last night, and Cristina Gallego & Ciro Guerra’s Birds of Passage, which opened the 50th Directors’ Fortnight this morning.

I arrived in Cannes after spending a week in South Korea, where I attended the first four days of the Jeonju International Film Festival. Thus, I’ve now experienced two major festival openings in the last six days, and am less than fresh heading into this latter one on the French Riviera. Less specific to my body’s energy levels, though, were the films I experienced there. This does not, mind, include Jeonju’s opener, Yakiniku Doragon by Wishing Chong, which I skipped. (One thing I learned fairly quickly: when in Jeonju, the option to indulge in some bibimbap and doenjang-jjigae almost always trump watching a movie.) Rather, I spent my days there indulging, as much as I could, in their Raúl Ruiz retrospective, assembled to support their showcasing of his “latest” work, The Wandering Soap Opera (2017), posthumously completed by his partner Valeria Sarmiento. These are films made by someone who understood—effortlessly, as far as I can tell—the fundamental populism of genre filmmaking, as well as genre’s equally fundamental reductionism. It’s through this understanding that Ruiz embraced and refracted genre cues without resorting to irony or simplistic homage.

All to say that coming into Cannes, I was exposed to refreshing and singular ideas of how genre can be appropriated and fused into a film’s DNA. So finally, then: Everybody Knows. In the dozen years since his third feature, Fireworks Wednesday (2006), Farhadi’s stock has risen exponentially, with his reputation as a strong director bested only by his reputation as an Ibsenian master of dramaturgy. Common recent complaints are that he has become reliant on a certain dramatic template—a group dynamic is established; an unseen incident throws that dynamic into mystery and chaos; the truth of the matter slowly surfaces, in layers, to reveal every shade of morality that the scenario is capable of representing—and this film will not allay these criticisms. This time: a woman (Penélope Cruz) arrives with her kids at a Spanish vineyard for a wedding; her daughter mysteriously disappears during the reception; secrets and buried pasts are unveiled. The mystery elements, when they arrive, are initially somewhat promising—but also, frankly, something of a relief from the bourgeois decadence that the film shamelessly luxuriates in (I wouldn’t be surprised if Farhadi modeled his mise en scène after some well-distributed Rioja vineyard’s sales catalog)—though the cheeky not-quite-subversions of said mystery elements are too cute for their own good. Mystery, after all, operates on the limits of knowledge, and how can you have any mystery when…everybody knows?

Mystery eventually gives way to a flair for melodrama that verges on soap opera—fumbling, wandering ever toward becoming a telenovela—and it could all have been adventurous and fun and destabilizing had Farhadi not taken the affair so seriously. It’s as though he thinks he’s still A Separation (2011), when the material and tone suggest something lighter and freer. Given that Farhadi’s other true misfire is the France-set The Past (2013), it’s difficult to not point to his venturing outside of Iran as the key factor resulting in lesser work. His films are at their best when he’s breaking down a system; when it’s a system he has less personal association with, he leans more heavily on sloppy plot revelations and basic emotional shifts. To quote Javier Bardem’s Paco (the vineyard’s winemaker): “Time gives the grape must its character and personality.” One can assume that more time spent in his films’ settings would provide Farhadi’s Euro films with same.

For Cristina Gallego & Ciro Guerra’s Birds of Passage, the problems are of a different sort. Baldly ethnographic in his intentions, Guerra has spent his now four-features-deep career investigating the cultural and colonial histories of his native Colombia, with his two most recent (2014’s Embrace of the Serpent and now Birds of Passage) representing a significant leap in scale and ambition. This new film, which he co-directed with his long-time producer, is again a period piece, training its gaze on an indigenous Wayuu community’s 12 turbulent years of drug-trafficking and war in the Guajira desert. I’ve now seen three of Guerra’s pictures, and I’m consistently struck by the disingenuous nature of his voice and perspective. While his projects are, on paper, noble, his characters never demonstrate inner lives beyond their cultural identity, rendering his portrayals of these peoples’ peculiarities and exotic traditions into something unsavory and exploitative. Cuerra’s project seems most interested in exposing Western audiences to underrepresented cultures and customs, but his fixation on Surrealist vistas and modernist tableau reveal his hand; this is Transportive Cinema you can feel good about—cake you can have and eat, too. This is a film with Malick-ian dreamscape interludes and bass-drops that act as cutaways from people who stand and speak from the viewpoint of history—“Let’s not forget…”; “You are of Uliana clan, there’s no way you would accept that!” This is arthouse ethnography at its most deceptive: expository enough that its audience (which seems understood to be non-South American) can indulge in information about a culture they probably never had any desire to learn about in the first place, and “dreamy” enough that we might begin to consider unadorned ethnographic cinema as dry and, well, “un-cinematic.” The movie drops this nugget in its prologue: “Dreams prove the existence of the soul.” I initially merely disagreed; in retrospect, it makes me a bit angry.