Wide Open or Ajar: Theatrical Windows in the VOD Age 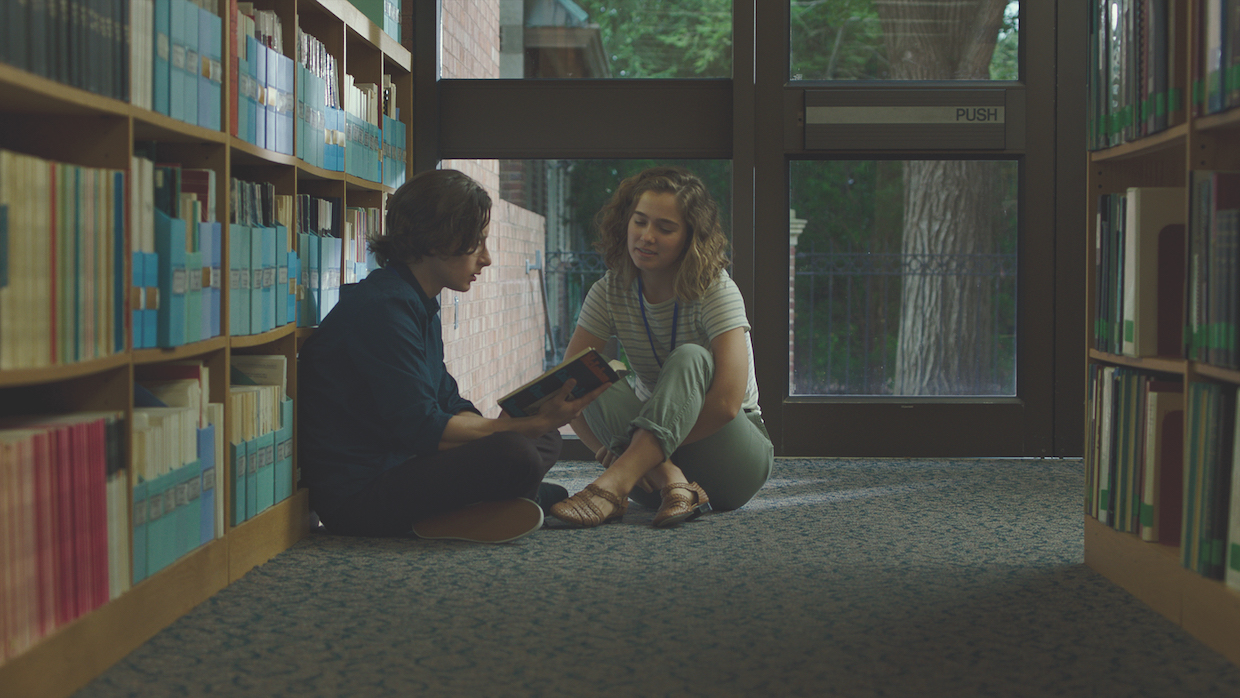 by Anthony Kaufman
in Columns, Distribution, Filmmaking, Issues
on Jun 11, 2018

It used to be so simple: Release a movie in theaters and, several months later, it would come to your local video store. Nowadays, each and every film’s release pattern and chosen distribution platforms are—or, at least, should be—idiosyncratic, unique, and specifically tailored. “The first thing you have to ask yourself,” distribution consultant Michael Tuckman says, “is who is your audience, and work backwards from there to figure out what windowing you’re going to do.”

If the target audience is a young demographic who spend most of their time on devices, then, according to The Orchard’s Paul Davidson, “a SVOD [subscription video on demand, like Netflix] opportunity exclusive or even shorter theatrical and TVOD [transactional video on demand, like iTunes] window may make sense.” If it’s better for an older demographic “that still reads the paper and goes to theaters,” he adds, “then that film should have a traditional release.”

But within those frameworks, there are multiple variables: Is the time between the theatrical and digital release 90 days (the industry standard, which larger theater chains will demand) or 30 to 60 days (if you are planning a shorter release and playing in independent art houses) or 10 days or less (if you’re doing just a city or two, grassroots, one-offs and community screenings)? Or is there no window between theatrical and digital (releasing day-and-date)? And if, like most films, you will be releasing via both TVOD and SVOD, what should the time window be between those two windows?

Increasingly, independent film distribution is all about the answers to and strategies around these questions.

Despite what Netflix may want you to believe, releasing a film in theaters still remains the foremost launch pad for a movie, maybe now more than ever. Because the amount of content that’s available on digital platforms is “completely overwhelming,” as FilmRise’s Max Einhorn says, “a theatrical release, even if small, can make a great impact.” Most distributors and consultants agree that theatrical exposure is one of the only ways to “stand out from the crowd,” concurs distribution consultant Brian Newman.

But theatrical releasing remains extremely risky and expensive. Consider three months of bookings, talent travel expenses, DCP and digital print fees, and marketing costs. For this reason, it’s often only bigger titles—more commercial films, those with recognizable stars, or word-of-mouth festival favorites—that can sustain a 90-day window. “If you are spending enough P&A marketing dollars,” explains The Orchard’s Davidson, “a 90-day traditional theatrical window gives the film enough time to drive box office revenue while making enough of an impact on audiences who will remember the film come its digital release window.”

While the DIY distribution conversation in recent years past has centered around day-and-date and shortened windows, in the past year some smaller indies have thrived within even longer theatrical windows. When it came time to strategize the self-distribution of Kogonada’s Sundance 2017 favorite, Columbus, Tuckman, who booked the quiet relationship drama, and the producers committed themselves to a 90-day window as a condition of Landmark’s screening the film in theaters in 10 cities. The film wound up receiving overwhelmingly positive reviews (98% on Rotten Tomatoes), allowing it to stick around in theaters for even longer—19 weeks. Columbus ultimately grossed $1,015,744 at the box office before moving over to TVOD and then, 30 days later, SVOD.

According to Tuckman, the film absolutely needed the run to survive later on digital. “It wasn’t going to be the sexiest title on VOD,” he admits. “It’s not like it’s a surfer doc.” (Columbus also had the benefit of a Sundance Creative Distribution fellowship, which gave the team $100,000 for its distribution campaign, allaying those expensive theatrical costs, as well as special promotional opportunities when it went to VOD. A complete case study of the film’s distribution can be found at the Sundance website.) While still the minority, other recent festival favorites with modest campaigns that performed well within the 90-day theatrical window include the older demographic–focused The Hero (The Orchard, $4,077,333), Cannes winner The Square (Magnolia, $1,502,347) and Tribeca favorite My Friend Dahmer (FilmRise, $1,361,611).

But by and large, most indies can’t afford the promotional costs of a long run and then a second marketing outlay upon the digital release a few months later. For example, FilmRise’s The Boy Downstairs, a relationship comedy starring Zosia Mamet (Girls), was released in a single theater on February 16 of this year before going to TVOD two weeks later. It was “more efficient,” says Einhorn, to do direct-to-consumer marketing to drive digital transactions, especially because the film’s target demographic—younger audiences—“is more acclimated to ingesting content digitally than going to the theaters.”

Other recent festival acquisitions released over the past year have had windows of less than 90 days, including Focus’s similarly youth-targeted Thoroughbreds (which played for 21 days theatrically, with a 74-day window to digital), Richard Linklater’s Last Flag Flying (75 days to digital), the Black Lives Matter doc Whose Streets? (68 days) and LGBT favorite Princess Cyd (30 days).

Theatrical runs, however limited, are still crucial to securing press attention, which can compensate for lack of marketing funds. Self-distributing filmmaker Kyle Henry (Room), for example, sought out one-off and short-run theatrical screenings in 14 cities for his latest film Rogers Park, with the specific goal of soliciting the required number of reviews—eight minimum—to get an average Rotten Tomatoes score. “Which is important,” he notes, “because that average appears on the iTunes listing.” (Fortunately for Henry, Rogers Park received a 100% RT score.) The first of these runs — a week at Chicago’s Gene Siskel Film Center—occurred in late February 2018, and the film landed on iTunes and other digital platforms in early May, when the movie was held over a week at New York’s Cinema Village.

Documentaries, in particular, are playing within ever-shorter theatrical windows because their theatrical performance appears to be less secure. Gravitas Ventures’ Nolan Gallagher argues that short theatrical exposure or even day-and-date releasing continues to work for many films, particularly genre titles and accessible or niche documentaries. But for documentaries relying on the educational market for a large share of their revenues, Tuckman warns filmmakers that a VOD release can cut into revenue from educational and community screenings, because those institutions will screen films without paying for licenses if they’re already available for VOD rental. “So, that’s a good reason to push those TVOD release dates back,” he says.

Other distributors seem more skeptical of day-and-date releasing, pointing to the glut of 75 to 100 titles hitting digital platforms all the time. Even Gravitas has recently ramped up its theatrical-first releasing of docs like California Typewriter and Score: A Film Music Documentary to help cut through the noise when they hit digital. But cast-driven, well-reviewed or genre titles are still going out this way; for example, A24’s release of the Bill Pullman western The Ballad of Lefty Brown; NEON’s release of Borg vs. McEnroe, starring Shia LaBeouf; and Cinedigm’s mob film Gangster Land, starring Sean Faris.

Typically, digital distribution begins on TVOD platforms for sale and rental (with Apple’s iTunes being the most significant player, though there are dozens of others, including Amazon, Google Play, and Vudu) and then over to SVOD platforms (such as Netflix, Hulu or Amazon Prime). But filmmakers need to plan ahead. For instance, many film teams have 30 days or less to push TVOD sales between their theatrical window and their SVOD launch. Columbus, for instance, appeared on TVOD on November 3 and then on Hulu on December 4.

While this TVOD window appears relatively short, the Sundance Institute’s Chris Horton points out that a big percentage of Columbus’ TVOD revenues (40%) came in the first couple weeks of release, regardless of the SVOD start date. “I think the trend for both fiction and nonfiction indies bears the same across TVOD,” he says.

While most distributors suggest that TVOD and SVOD windows should and do remain separate—because, after all, who is going to pay $4.99 to rent or $12.99 to buy a film when they can watch it at no extra cost as part of their Netflix or Amazon Prime subscription—things could be changing.

As the digital entertainment space becomes more crowded, we are seeing “more competition for exclusivity,” suggests Brian Newman. Streaming companies can give special promotional placement to certain titles while downplaying others, depending on how exclusive the release, while major SVOD players—such as Netflix—are finding ways to cut short or limit TVOD revenue. For instance, a recent documentary that Netflix paid to license forced the distributor to charge a higher price-point (a steep $14.99) on TVOD platforms before it landed on the streaming service.

“My feeling is that Netflix is locking down rules and rights for the lucky few that they choose,” says Newman. “They’re trying to force content holders across the board into only making their stuff available through SVOD over TVOD.”

Because SVOD licenses are usually going to be the largest portion of revenue for an independent filmmaker, Netflix and other SVOD players have the most power. It seems to be working, as recent reports state that SVOD revenues are climbing while TVOD revenues are declining. “There is a pressure to get to SVOD earlier,” says Cinedigm’s Erick Opeka, “and it’s training savvy independent consumers to wait.”

These digital release patterns remain in flux. A major shake-up in the digital market could happen in the next year, with everyone waiting to see whether Apple launches its own SVOD service to compete with Netflix. Indeed, according to distributors, the options for filmmakers to get their films to audiences are only increasing. And this should be a good thing—as long as they can stay on top of all the variables.