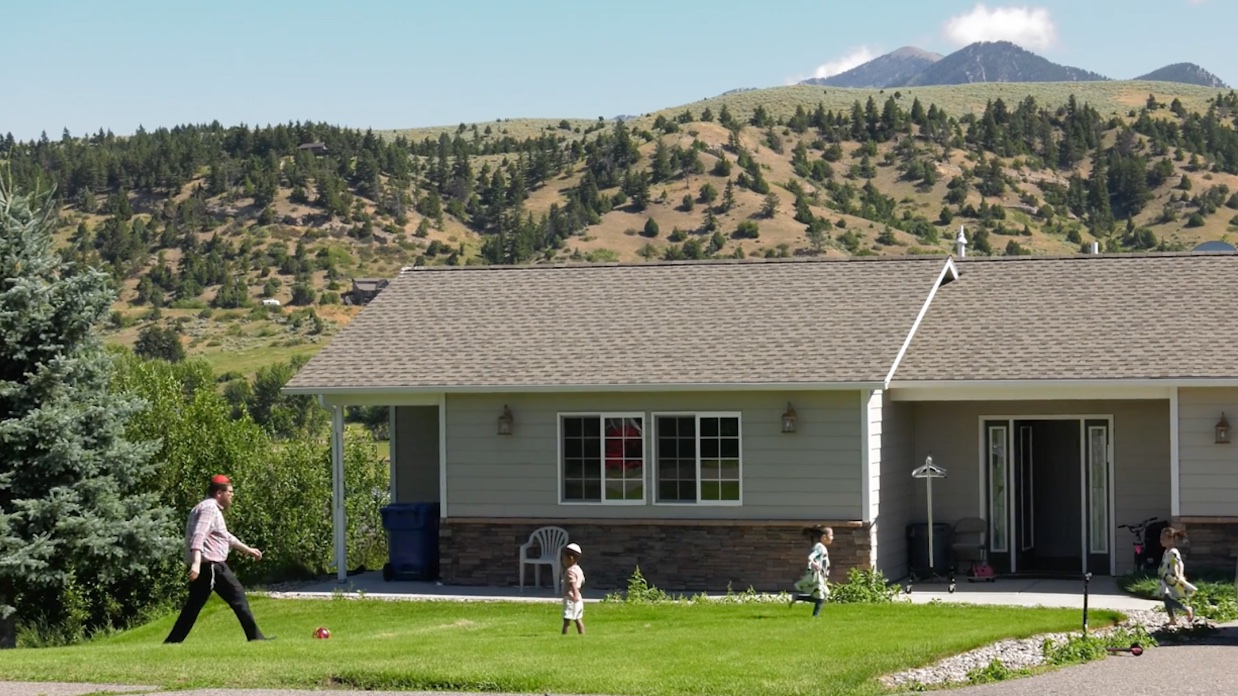 What’s a non-religious, non-observant Jew doing making a movie called The Rabbi Goes West, in which the main character is a Torah-following Hasidic Orthodox rabbi? And who is now, between beloved corned beef sandwiches, in the middle of a $40,000 Kickstarter campaign through August 10 to finish it? Click here to go our Kickstarter page.

I’m a long-time film critic (The Boston Phoenix) and one-time actor (Computer Chess) who turned to filmmaking (For The Love of Movies: the Story of American Film Criticism). My last documentary, Archie’s Betty, was appreciated by the thousand people who saw it, people who cared deeply for old-time Archie Comics. But that’s hardly enough of an audience to reward years of indie filmmaking. So how could I make a documentary this time that would be seen far and wide? My wife, Amy Geller, who is the producer and co-director of The Rabbi Goes West, had been for three years the Artistic Director of the Boston Jewish Film Festival. From her I learned that there are 135 Jewish film festivals around the world, and that, unlike most secular festivals, they actually pay filmmakers decently for screening.

So I would do a documentary targeting Jewish film festivals. But what about Judaism do I cherish enough about to make a movie? Mezuzahs! I have a mezuzah on my doorpost, and I love mezuzahs: a parchment scroll with Hebrew verses from Deuteronomy. More important for me than the spiritual meaning: placing a mezuzah in a public space proclaims my Judaism, says “screw you” to anti-Semites, and to Hitler and the Nazis. Adolf is dead, Judaism lives!

So in thinking about a “Mezuzah Movie” — not a bad title! — I trolled the Internet. For weeks, I came up with mezuzah posting after mezuzah posting, an overwhelming collection of random mezuzah stories which ultimately made no sense for a movie. And then one day, in connection with mezuzahs, I came upon Rabbi Chaim Bruk and his mezuzah campaign. Hallelujah! Practically all good movies have a protagonist with an obsession, and you couldn’t get more obsessed than Chaim: he has a mission to put up a mezuzah on the home of every Jew in the state of Montana. That’s 1,300 Jewish families in a state 14 times larger than Israel.

So, yes, there are Jews in Montana! Amy and I had never been to Montana. If you’re going to make a documentary, why not go somewhere new and exciting to film? And famously beautiful? Big Sky Country.

But not so fast!

A rule of documentary: the secret is in the casting, just like for a feature film. So I called up Rabbi Chaim and we spoke for a while on the phone. I’d been worried that he’d prove be the kind of rabbi who has kept me forever for attending shul: earnest, sonorous, boring. Instead, Chaim turned out to be a fast-talking, sarcastic, very funny, Mel Brooks-style New York Jew. He invited us out to Montana to film! I said an immediate, “Yes!” and our documentary, The Rabbi Goes West, was on the way!

We’ve been four times to Montana and love it. We’ve gotten to know Chaim and his family, but also the Reform and Conservative rabbis, and many congregants in the Jewish community. I’ve gone more times to synagogue in Montana than in the past 40 years. Our movie? With our Kickstarter money, we hope to have it finished and showing at film festivals in early 2019.