“Hype First”: Maxi Cohen on the Genesis of the IFP 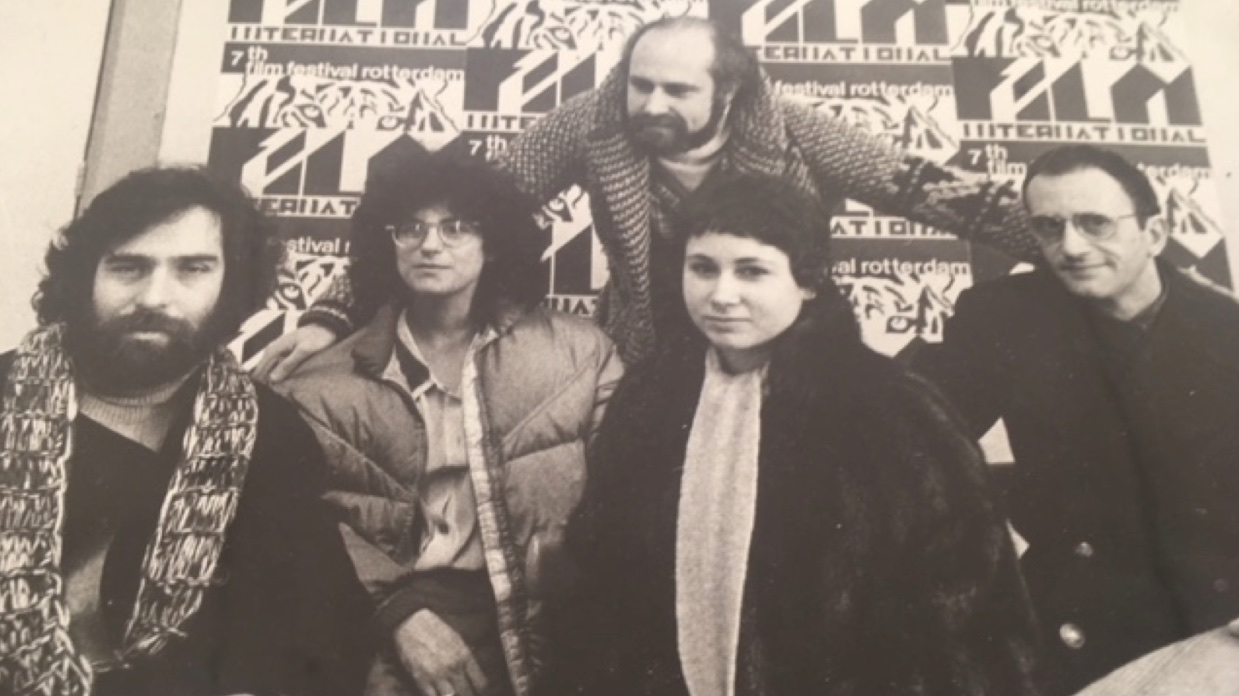 On the occasion of the 40th anniversary of the IFP and its Film Week, filmmaker Maxi Cohen contributes the following guest essay on that moment of inception. — Editor

Sandra Schulberg and I were in the train station after the 1978 Rotterdam Film Festival. I had presented Joe and Maxi, a film about my relationship with my father1, and Sandra had presented two movies produced for the PBS Visions series, The Gardener’s Son by Richard Pearce and Over-Under-Sideways-Down by the Cine Manifest collective. Marc Weiss had helped to arrange U.S. Indie Films in Rotterdam which they dubbed “Hollywood without Make-Up.” We had picked up Time Magazine. Flipping through the pages, we saw the big story about the New German Cinema Wave. It featured Wim Wenders, Werner Herzog, and Rainer Fassbinder.

We had just hung out with these guys in Rotterdam and felt the hype was bigger than the wave. We, American independent filmmakers, were showing our films in foreign festivals, but not in theaters at home. The art houses were exhibiting foreign films, rarely an American independently produced film. (Except for Cinema 5 releasing Harlan County in 1976 and Pumping Iron in 1977, I don’t recall another independent film being released in those two years.)

Sandra envisioned the future: let’s do the same… create hype and publicity for American independents, motivate exhibitors to show our films and engage audiences, create distribution, and make production a reality. When we returned to New York, Sandra immediately initiated a plan that was the genesis of the Independent Feature Project (IFP).

The next year, she and I, Deborah Shaffer and Stewart Bird (The Wobblies), Barry Alexander Brown and Glenn Silber (The War at Home), Rob Nilsson and John Hanson (Northern Lights) and Joel Gold (who made Joe and Maxi with me) started First Run Features. Until now, distributors were still just releasing Hollywood studio films or foreign films. First Run Features was the first company to distribute American independent films, which proved there was a market for them.

In 1982, Charlie Ahearn’s Wild Style, the first hip hop film and still a revered classic in the inner city from coast to coast, played in Times Square, selling out almost every show (after Terms of Endearment it was the highest grossing film in the theaters!). Kids from the Bronx, where the film was made, and all the boroughs covered the entire interior of the theater with graffiti and interacted with the film as it played. Sherman’s March, Ross McElwee’s documentary film, played for six months at the Bleecker Street cinema in 1985.

By 1986, Lizzie Borden’s Working Girls was the first film that asked for a large advance, at least large for that time. In a single screening, I raised almost all the money needed to acquire the film and with the new home video market, I knew we could recoup our investment. We had just brought someone in to run First Run Features so we could all get back to filmmaking, but he was afraid of making such a big investment.

Harvey Weinstein, who started Miramax in 1979, was distributing foreign films at the time. He was not afraid to invest in Working Girls, which helped launch Miramax into distributing independent films. Soon after, they started investing in production.

Sandra’s plan to focus on hype first, then exhibition, distribution and finally production succeeded quickly. Filmmakers galvanized to create the IFP as a movement. New voices pushed the language of documentary and fiction, revealing intimate, personal and regional stories, planting a field which nurtured many voices in a myriad of ways.

1. [To give you an idea of how new this genre of filmmaking was, a man in LA after a festival screening asked who played my father. The film was so real to him, he thought it was fiction!]↩