In Search of an Audience at the Points North Fellowship: Notes on Pitching Your Documentary 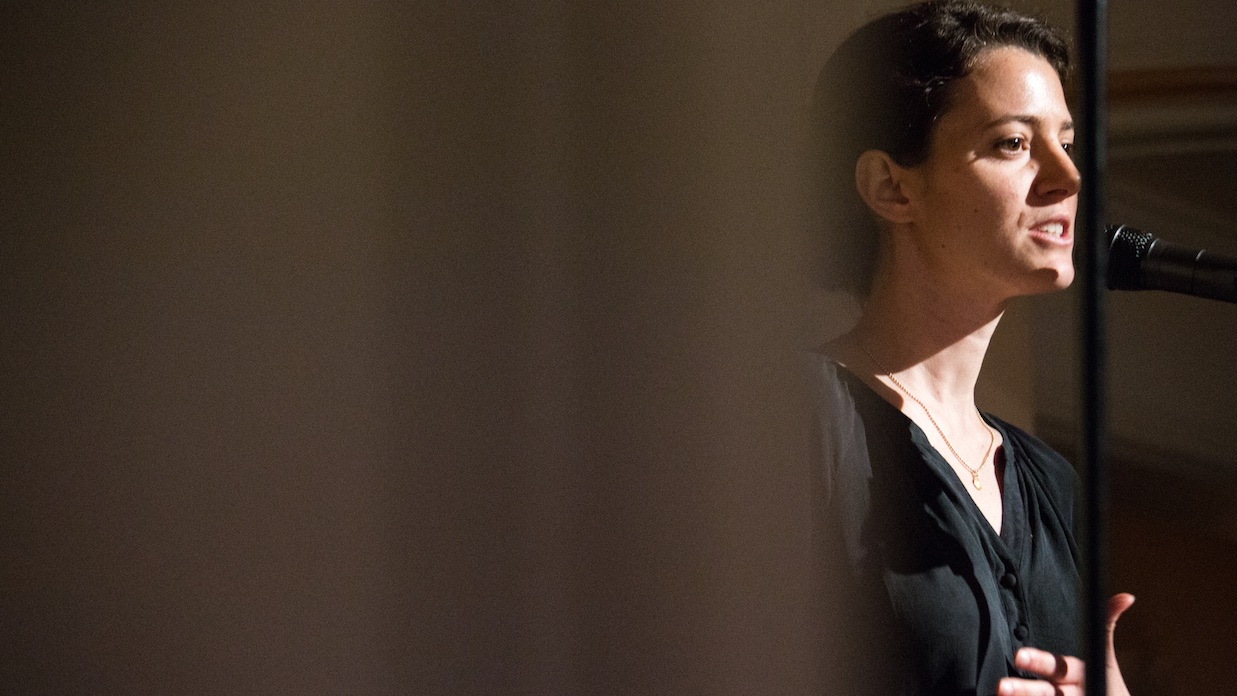 A week ago I traveled to a remote part of Maine from Australia. I arrived along with five other filmmaking teams for the Points North Fellowship, a program that provides emerging filmmakers an opportunity to present their works-in-progress to the film industry.

The fellows arrive before the Camden International Film Festival (CIFF) is in full swing, before the buzz and “no vacancy” signs and packed waterfront restaurants. At the climax of the festival, the fellows will pitch their projects live to a panel of industry heavyweights (and in front of a 500-person audience) in the Camden Opera House, but before all of this we receive two days of training with mentors as formidable as the panelists themselves: Kristin Feeley (Sundance Institute), Andrea Meditch (Back Allie Films) and Monika Navarro (ITVS).   I came with my first film, The Ark, and up to this point I had made it in near isolation. I shot it over the course of a year with my friend and cinematographer, Francesca Pagani. We would leave our nine-to-five jobs to spend our weekends on the fringe of Southampton documenting the antics of a band of misfits, dreamers, artists and mechanics — a world redolent with camaraderie and peril like the backyard of a circus. But now I was waking up in Camden, and for the first time I would be asked to justify my film, explain why it mattered and whom I was trying to reach.

On the first day, the six teams, hesitant and caffeinated, gathered around the coastal Maine version of a boardroom, and I realized I wasn’t the only one unsure of how to talk about my film. For four out of the six teams, this was our first feature, and we all seemed to be falling into the same trap. We came to Camden with an idea of what we thought the funders would want to hear that often did not honestly represent our films. Some made their films sound serious when in fact they were playful; others presented their work as investigating both sides of an issue when in fact they were character studies. Our vague statements and overblown claims exposed our insecurities about our projects, and the mentors quickly called our bluffs. They encouraged us to “own” the films we wanted to make.

I learned this lesson the morning of the second day. In my film, the story is set in motion when the hero is evicted from his home and decides to restore a 50-foot yacht and sail away with the other misfits. While it touches on universal themes, it does not have a clear social issue agenda or target audience. Nevertheless I tried to invent one. Monica thankfully stopped me. I was told not to try to fake my way through an impact strategy and then the warning — often repeated over those days — “know what you don’t know.”

“You are pitching yourself as an artist,” said Kristin during a much-needed break. She gently advised me to introduce my project with my personal connection to the story. Encouragement aside, I still ended that day embarrassed and a little dejected. But testament to Points North and the kind of people that are drawn to the festival, as I headed back to my hotel, Liz, the volunteer, who had been quietly listening in the corner all day, approached me with a small scrap of paper. Touched by the story of my characters, she had copied for me a short poem.

On the morning of the pitch the fellows gathered in a back room of the Opera House, readily sharing our nerves and a little whiskey. Some had stayed up to the wee hours rewriting their pitches or re-cutting their teasers. We all glanced down at notecards or muttered to ourselves, committing our speeches to memory, as we heard the audience filing in.

Everyone had said leading up to the pitch, how the panelists are warm and the audience is encouraging, and that was true. The opera house is homey, and the panelists — perhaps because they are positioned a few feet below you — feel like your peers. I was to pitch second-to-last and sat nervously through my peers’ impressive pitches, which received murmurs of “beautiful” from the audience and encouraging rounds of applause.

But then I went up. In a last addition to my pitch, I had exchanged some of my abstract notions of the failed American dream for this line: “The characters in my film face poverty, homelessness, addiction, and especially traumas from an earlier time.” As the moderator Brian Newman called out to the various funders, many seemed disappointed that in my teaser I hadn’t included more about economic inequality, the housing crisis, homelessness, that the characters didn’t fight the injustice of getting evicted from their home. It wasn’t that these panelists criticized my pitch as much as they thought I was making a different film.

Leaving the Opera House and walking out into the bright sunlight, in what was suppose to be a moment of great relief, I realized why it is so important that we present our films authentically. Sierra Urich, who won the pitching award, grounded her personal film in the personal. Its social relevance was not stated explicitly, nor contrived. It was demonstrable.

But the fellowship is as much about beginning a relationship — with the panelists and the other fellows — as it is about finding finance and distribution. So conversations didn’t end on the stage. Later that night, while mingling at a warehouse, I got to speak with some of the panelists and clarify the film I wanted to make and this time I told them that it was a story of friendship and triumph, for those who felt like outsiders, the dispossessed, and those who thrived in the cracks of the American dream.

The Points North Fellowship doesn’t promise to turn first time filmmakers into seasoned professionals in three days, but its combination of trial-by-fire and warm embrace offers ample opportunity to grow.