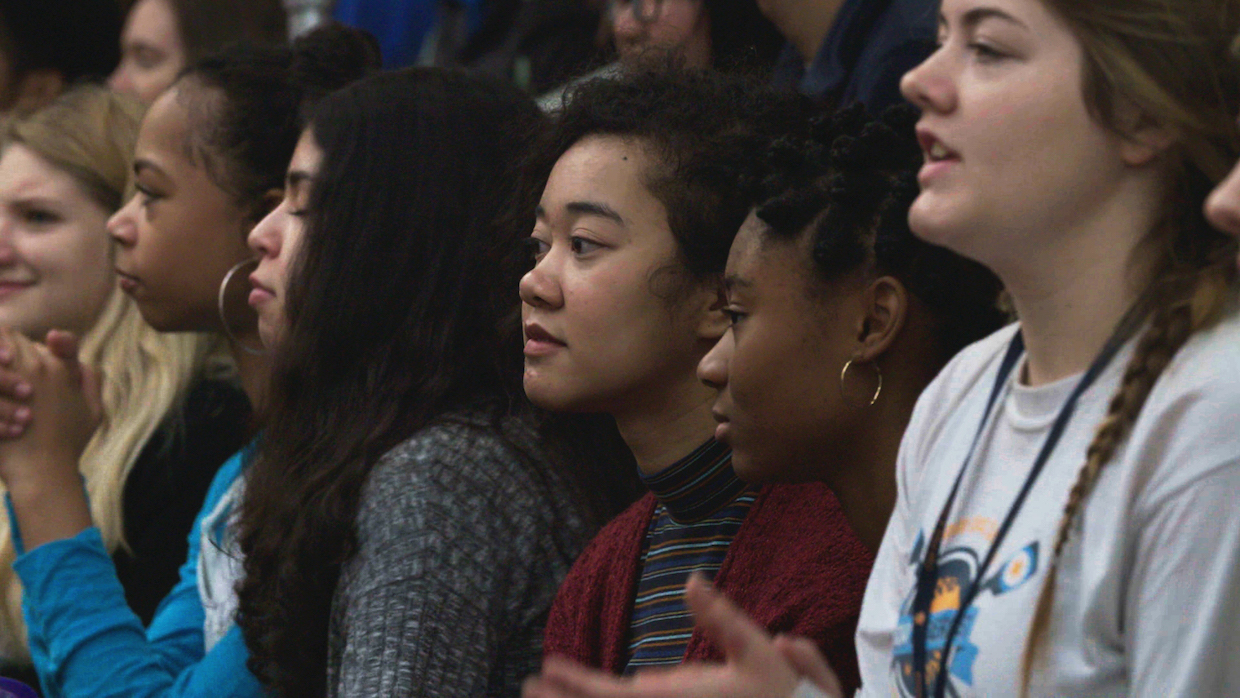 People are “natural scriptwriters,” Claire Simon noted towards the beginning of what turned out to be a surprisingly lively discussion between the French documentarian and the US’s own Steve James about one of the hottest topics in the doc industry today: serialized storytelling. The setting was an intimate theater at De Brakke Grond (the longtime headquarters of IDFA DocLab, where this year’s Humanoid Cookbook theme whimsically allowed for browsing a menu before ordering, or rather requesting, VR experience time slots). The moderator was film programmer Sean Farnel. The two veteran directors opened by acknowledging the biggest difference between feature films and series: time. Simon wanted to emphasize that her method — unlike Frederick Wiseman’s, of whose work she’s a great fan — didn’t have a start date and a wrap date. Indeed, her latest, The Village, a ten-part series that follows the residents of a small French town capitalizing on the place’s host role in a big doc fest (of which IDFA was presenting the first episodes of the work in progress) had been in production for years, and continues to this day.

Though James noted that his own docs tend not to fit the average feature-length running time, to say the least, he added that unlike Simon, who claims she comes to her story through place, he focuses on character first and foremost. (Though I would add that Chicago has also been a long-running character in James’s filmography.) He emphasized that he always makes a pact with his main subjects — he makes a film “with” them not “about” them. His high school docuseries America to Me, set at Oak Park and River Forest, which IDFA had devoted an entire day to screening, was just the most recent example.

The Village, at its heart, is a story about “following the money,” Simon stressed — a story of work. James admitted that America to Me was supposed to be a one-off; he’d just felt it would be too difficult to raise money for a series about “not poor” black kids. It was too hard a sell. He noted that though the school board was onboard with the project, the school itself was not. In fact, it was the school board that pushed for the miniseries idea — which in turn convinced James to start pitching companies, of which one after another passed. Only when Participant Media took a chance did he decide to recruit other filmmakers for the series — specifically young and diverse directors. He himself handled the overall institutional story (the “boring” part) while his crew of recruits followed specific kids. He then utilized that same process during post — a complex task that involved individual editors who were assigned specific teens’ stories. Finally, he had to “checkerboard” characters into episodes — “like Game of Thrones minus the battle scenes, sex and dragons.” Each episode also received its own big centerpiece scene.

James added that he’d shot from August to June, but began editing halfway through in February — which Simon noted was quite unlike her own approach. For The Village she’s been going back and forth with her editor for the past three years, cutting almost organically. She described it as a waiting game, one in which she might have to wait two years for just one scene. She was looking for “emptiness” over action. That in turn prompted the insightful moderator to wonder, “Do you create conditions for the scenes you want to have?” Both directors adamantly denied doing so; it was more important to just show up and wait. James added that he had experienced situations in which he thought one thing would happen, only to have something much more interesting actually occur. For example, during the Hoop Dreams production he shot a scene with main character Arthur and his dad on a basketball court. He assumed it would be a sweet bonding moment, something to bookend the film with. Instead it turned boring, too predictable. And then suddenly the innocuous pick-up game erupted into a confrontation. “It turned into a real scene,” James said still seeming surprised by the outcome.

Farnel then smartly asked, “How do you know if it’s a series or a one-off?” James noted that the economic model for a series is becoming increasingly attractive to broadcasters. It’s cheaper programming per hour, at least in the US. Simon countered that it was a bit different in France, that other than Jean-Xavier de Lestrade’s The Staircase films — which James considers groundbreaking nonfiction — no funders really support the series format. On that note, James pointed out that all the recent long-form series in the US involve a murder — i.e., a cliffhanger is inevitably part of the overall structure — and that he hopes to see the palette expand. He added that long-form films and series don’t feel like a film to him, that there’s a deeper connection — that it’s “no longer the thing we expect it to be.” His hope is that viewers of America to Me feel as if they’d spent a whole year at the high school. That feeling of time expanding was important. Simon then added that she cares greatly about how audiences engage with her work — and that her editing had to be “more rapid” with longer form filmmaking. James agreed, noting that the target audience for his latest is young people, and that he consciously used contemporary music, and specific cuts to appeal to younger viewers’ eyes.

At that point Farnel opened the chat up to questions from the eager audience — and I ran to make my reservations with the virtual world on the other side of the door.