DP Patrick Sheehan on Always in Season, Shooting B-Roll in Darkness and Operating While Hidden 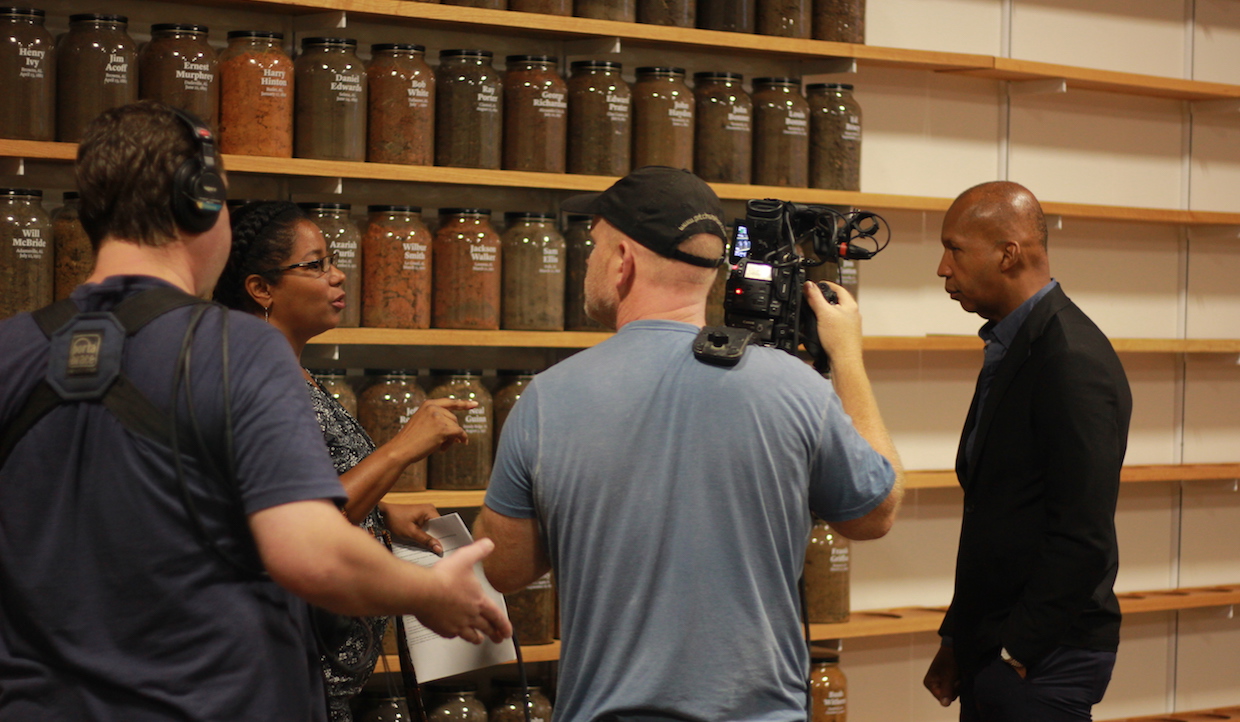 by Filmmaker Staff
in Cinematographers, Interviews, Sundance
on Jan 26, 2019

For her feature debut, Jacqueline Olive examines the death of Lennon Lacy, a black 17-year-old who was found hanging from a swing set in his North Carolina home town. Though his death was quickly ruled a suicide by the authorities, his mother, Claudia, was understandably suspicious, given America’s long, far from resolved history of racialized violence. Nashville-based DP Patrick Sheehan was brought onto the project after shooting had began, staying until the end of production. Via email, Sheehan discussed matching the look of his footage with what already existed, taking visual inspiration from Errol Morris and lighting B-roll despite generally preferring not to.

Sheehan: I came into the project a few years after it started, so a good bit had already been shot.  I was living in Atlanta at the time and Jackie was looking for someone to shoot in that area.  We immediately had a good chemistry and I guess my footage was good enough that she kept me on for the remainder of the project.

Sheehan: Since I came into the film with a good bit already shot, I tried to find the balance between matching the cinema verite style that was already shot and, when appropriate, adding some more production elements.  Jackie already had a lot of very good ideas about what she wanted and I tried to help her realize them. Up to the point that I came on the film, it was primarily very run-and-gun hand held, which I wanted to continue where appropriate to match the look that was already baked into the project. However, when time permitted, we both wanted to go back and add more cinematic elements with dolly, steadicam and aerials, among other things. Once we got to the end of the edit, we got to get really creative with lensing for the opening and transitional elements.

Sheehan: From an interview look perspective, I like a lot of Errol Morris’ work, in particular The Fog of War. He’s able to match the subject matter with the look of his interviews as well as anyone. There are a lot of interesting and exciting things happening with documentary film. It’s really the wild west, so people are taking advantage of a lot of new tools, new approaches and marrying the look of narrative and documentary film.

Sheehan: One of the biggest challenges for a film like this is just getting the shot at all. When you have what looks like an unsolved murder in a small town there are naturally going to be people that are skeptical. So you have to be careful about what you’re doing and be prepared to talk your way out of a corner. Jackie is pretty fearless, so we just went for it and let the cards fall where they may.

Sheehan: I used two different cameras for two different purposes. For the primary shooting, I used the Canon C300. I like it because it’s so well laid out and I think it’s a versatile and really beautiful documentary film camera. We moved pretty fast making this film but wanted to maintain a cinematic look while still staying true to the existing footage where possible.

The second camera I used was the Sony FS-7 for the more stylized opening sequences and transition shots.  It allowed for a more cinematic look with 4k and 180fps slow motion.

For aerials, I used the DJI Phantom 4 Pro.

Sheehan: I tried not to light b-roll any more than necessary (other than maybe bouncing light into the ceiling). I wanted it to feel real and natural and match the feel of the verite footage that was shot before I came on. However, our primary character’s house was inexplicably dark so I would turn on every light, open windows and still have to bring in three or four lights just to have enough level. The darkness worked pretty well for her interviews though. When possible, I wanted the backgrounds for the interviews to feel a little dark to match the tone of the subject matter.  My goal was to get the interviewee a couple of stops above the background, add some shape and then just make it look natural.

Sheehan: Filming at the swingsets where Lennon’s body was found was very difficult. There was a trailer park that surrounded it and the people who lived in and around it were not overly excited about cameras. We needed night shots of the swing itself, so we would have to go in and light it (because there were no lights at all—it was pitch darkness) surrounded by housing on all sides. We also needed early morning shots, so there was a lot of traffic. I finally finished and went to leave and my van wouldn’t start, so I called a tow truck, got my cameras back out and shot for another hour while I waited.

Sheehan: For the primary shooting, I shot everything in Canon’s C-Log, which isn’t especially flat but does add a little latitude.  At the end, when we needed the more cinematic opening and transition shots, I switched to the Sony FS-7 and shot it all in S-Log 3 to go as flat as possible. I felt like it was important to give the colorist the most options possible, especially since there were a few different cameras used over the years the film was made.