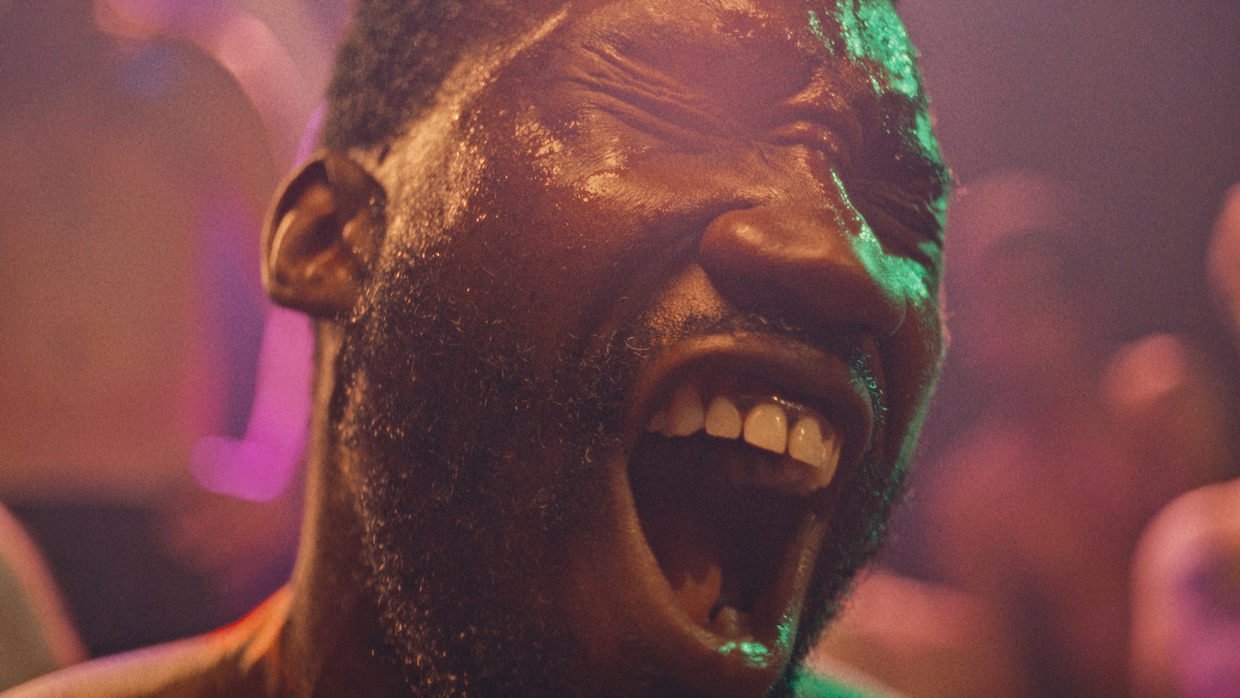 Koss: Producer Danny Roth put me in touch with the writer/director, Lucas Heyne, after I read the script. I was immediately interested after hearing the lengths and depths to which Lucas had gone in gathering material through research and interviews with people directly related to the story in real life. Right away it felt like a handheld film. At the time I had a few narrative indy features under my belt, as well lots of international documentary work that was mostly handheld and with natural light. It would be a perfect harmony to bring those experiences together for Mope.

Koss: It was very important that we maintained the integrity of realism while keeping a cinematic look. We wanted to bring the audience and into the world of mopes, into the underbelly.

Koss: I drew a lot of inspiration from Darren Aronofsky’s The Wrestler. DP Maryse Alberti did a tremendous job at seamlessly integrating the lighting in the sets without hitting you over the head. She hits the tone and mood of the main character, and the trials versus himself and versus society. A similar parallel happens with our character and we wanted to feel the grit and bareness of our environment. We wanted to feel that and just dirty the image as much as possible. On Mope there isn’t necessarily any three-point lighting happening in your face at one time. Sometimes we would have a subtle key, sometimes just fill or backlight depending on the time of scene.

Koss: Certainly the schedule was a challenge. We were at about 15 days total in principal photography and a couple days for pickups. When it’s an independent film, you naturally have less resources, whether it be production design, crew or equipment. However, we had an incredible crew and we were all able to get into a groove and maximize our limitations to the point that it didn’t affect our storytelling. We were able to get in, get out and continuously fire on all cylinders.

Koss: We shot on the Alexa Mini with a complete set of all 12 Cooke Speed Panchro primes, from 18mm up to the 506mm Telepanchro Primes. The first nine are all rehoused from True Lens Services and the remaining Telepanchros were serviced and accessorized at Duclos Lenses. This combination was the perfect tool for the job. The film is 99% handheld and we stripped the camera down to the bones, with only wireless and multiple handles in different ergonomic positions allowing for on the shoulder, hip or floor in the same take. The Cooke Speed Panchros have a wonderful built-in texture. Being rehoused vintage lenses from the ’30s, ’40s and ’50s you’re naturally going to have different aging of coatings and lots of interesting flare shapes. They lend a sense of imperfection, which is parallel to the world and situations our characters find themselves in.

Koss: Lots of locations we wanted to keep rather dull but still lived in. We took an approach to using mostly available light and practicals, but integrated LEDs and Plasmas for slight enhancement in certain areas. We would come up with blocking that kept the actors free but still got them in and out of certain exposure levels at certain beats in a scene. Shooting handheld and being able to move and see 360 degrees in most spaces, we were able to heighten and mold the narrative pacing along the way.

Koss: The opening scene… you’ll just have to see it for yourself!

Koss: The Cookes have a naturally lower contrast but our colorist, Alastor Arnold (Fotokem), was able to develop some amazing variations of looks and build that contrast back into certain sequences. He’s quite a wizard and really elevated the material with layers and layers of beautiful subtleties. We delicately interlaced some beautiful grain throughout the film and you can practically chew on it. Alastor absolutely nailed it.

Lighting: available light, LEDs by Litegear and Plasmas by Hive