“The Very Opening is Always the Hardest to Cut “: Editors Elisa Bonora and Veronica Pinkham on David Crosby: Remember My Name 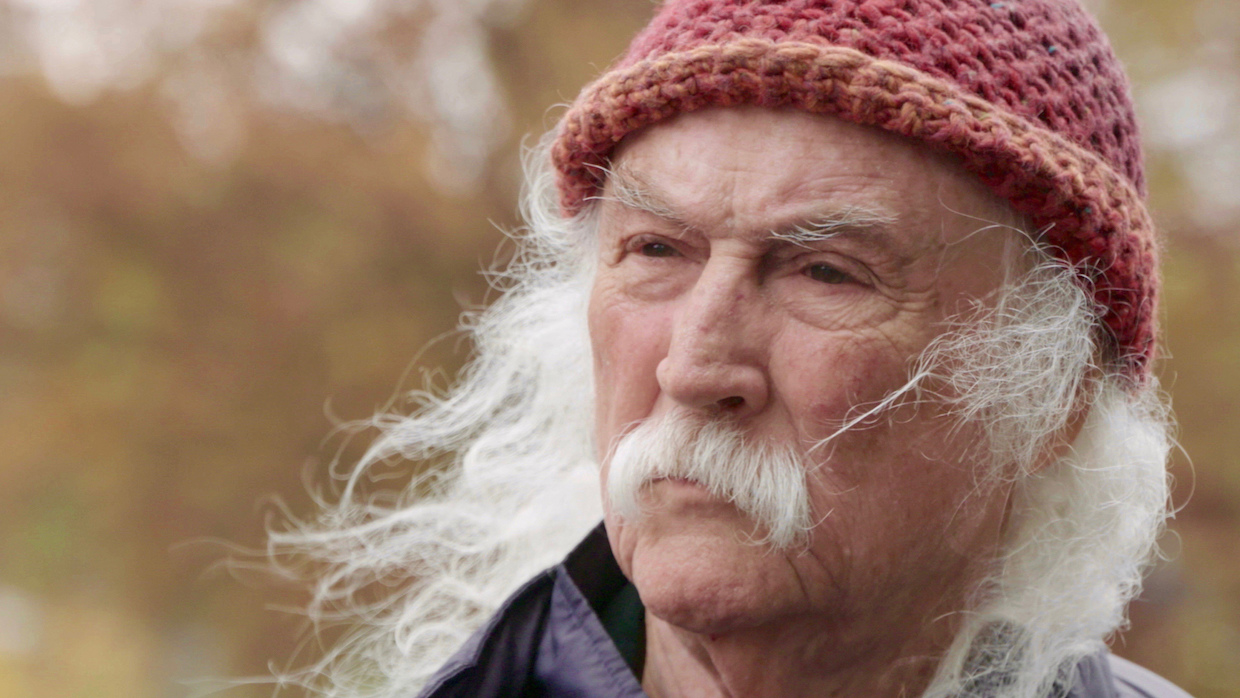 Legendary musician (and salty Twitter presence) David Crosby hits the tour road again in David Crosby: Remember My Name, an intimate biographical portrait by A.J. Eaton. The film, which premiered at Sundance, had two editors. Via email, both Elisa Bonora and Veronica Pinkham shared their perspectives on working on this film.

Bonora: In 2013 I edited, and was nominated for an ACE for, a documentary film called Glen Campbell: I’ll Be Me. The director, A.J. Eaton, was inspired by my editing on the project and asked me to edit his film.

Bonora: As you know, the first assembly is always super long but it sets the framework for the story you are trying to tell. The difficulty often is letting go of things you love in order to make the story work while balancing the needs of the director. It is a really fine line you need to walk and it’s important to be a strong team pursuing that path. It also means that open conversations have to happen in the editing room to decide together what stays and what goes. It is important not to be afraid to speak your mind and yet not to become stubborn about things. Very painful process but it’s also the most rewarding looking back once the film is done.

Pinkham: Our original assembly told Crosby’s story in a very nonlinear fashion. Crosby going out on tour was always the through line for the film, and we didn’t want to lose that. His choice to hit the road while not in good health tells you that this is a man grappling with his mortality, but who feels compelled to keep going. Our first assembly would jump back into his memories in a way that was kinetic and exciting, but ultimately we decided that our “flashback” pods needed to be in chronological order so that audiences could understand the context of Crosby’s timeline. Still, we wanted to avoid creating a film that felt like a typical biopic. Our goal was to tell the story of Crosby’s life—the highs and lows—in a coherent fashion, without telling the audience exactly how to feel about this controversial figure.

Pinkham: As a team we had to re-examine Crosby’s fears and motivations, and once that crystalized, things began to fall into place. We realized which seeds we needed to plant in the first ten minutes of the film. We also created some fun needle drop moments to throw the audience back in time and remind them of the joy and success Crosby experienced with his previous bandmates in the Byrds and CSN/CSNY. We were continually conscious of our use of Crosby’s music catalog and original score. We wanted to give his fanbase the satisfaction of hearing the hits as well as some demo tracks they’ve never heard before. And our composers, Marcus Eaton and Bill Laurance, did a fantastic job creating subtle score cues to bridge the moments where Crosby’s music wasn’t the appropriate choice. We tried to maintain a sense of emotional ambiguity with how and when we used music in the film.

Bonora: I attended two film schools, one in Italy and one in the US. Both were very good experiences. My passions were theater and films for a long time, but storytelling was always was my passion. Originally I wanted to direct, but once I got involved with editing there was an instant love affair.

Pinkham: I began as an archival researcher on unscripted films and series, although I knew my true goal was to become an editor. Spending so much time unearthing rare material has given me an appreciation for how to use archival footage and photos in an elegant fashion. As a post PA and assistant editor I observed a lot of talented documentary editors who were kind enough to let me shadow them and give me an opportunity to cut. It’s funny that now as an editor I kind of have to turn off the archival researcher part of my brain that screams “Can we clear that?!” and focus more as a storyteller. But on the other hand, my background allows me to have more insightful conversations with my producers so we can stay on the same page as a team.

Bonora: I come from film 35mm editing; nonlinear editing came out just as I was graduating in film editing, so when I came to the US I learned non linear. My first love was Avid and still is. In my opinion, it’s still the most professional software when it comes to long format editing. There are a lot of products out there that are perfect for medium and  short formats, but Avid is still particularly good for long format and their Script Sync tool is such a huge asset for documentaries.

Pinkham: We used Avid to cut this film, which is my preferred editing system, especially for feature documentaries. Avid’s abilities to manage media, work on a shared system with ease, and search transcripts with Script Sync are huge assets for documentary editors. Avid does require more prep time and more knowledge of how it handles media than some other editing platforms, but it’s worth it.

Bonora: The very opening is always the hardest to cut and we recut it many times. All the iterations worked, but we really needed to set up Crosby as a charming storyteller at the top of the film. One of our producers, Greg Mariotti, came up with a wonderful idea that really set the table, and that’s the version in the film.

Pinkham: The first and last few minutes of the film were the most difficult to get right. There was so much we wanted to say in the beginning of the film. We wanted to introduce the audience to Crosby as a captivating storyteller looking back at his life. We toyed with creating a two-minute montage that encapsulates Crosby as a titan of harmony, a rascal, and a man who’s had more than a few brushes with death, but ultimately I think we found a more elegant way to communicate those characterizations. We re-cut that first few minutes of the film many times, honing in on Crosby’s essence at this time in his life. It also became a huge asset to have access to the instrumental tracks off of Crosby’s latest album. His song “Glory” bookends the film and communicates just the right tone. The ending was a challenge to cut, because we didn’t want to be too forgiving towards Crosby and let him off the hook for his past mistakes, but we also wanted to show a man who is striving to be a more loving person. We always knew we wanted to end the film with Crosby coming home from his tour, but we didn’t feel we nailed it until our producer, Cameron Crowe, came up with the idea to flash back to his memories of the people he loved. It was a wonderful use of archival footage.

Bonora: I initially thought we would be telling a story of a singer that crossed five decades of history, who would work as a witness of the political and social change of our country. What the film became was a more personal and intimate portrait of a man that transformed through life and in the last chapter of his life is ready to be as honest as he can be about his several  musical and personal incarnations and what has become of him. Warts and all.

In documentaries the footage will take you where the films needs to go and it is always there to teach us something. Each and every film I have edited has taught me something profound and has changed me. The journey itself is the best. I never start with strong expectation about a documentary film because I have learned thought the years that the film and the footage is always an incredible teacher.

Pinkham: Once we honed in on Crosby’s vulnerabilities, I began to view the film differently. I originally thought of him as an incredibly talented musician and music lover, but also a bit of a scoundrel who ends up putting his foot in his mouth. But as we started fine cutting, we re-examined our interviews with Crosby and hunted for more moments of raw honesty. I had watched those dailies before, but I was viewing them through a new lens. I started to see how the little boy who didn’t get enough love and attention as a child was still driving a lot of Crosby’s behavior. Realizing that changed how I viewed the film—as a vehicle for Crosby to admit his flaws and tell the people he cares about how much he loves them.