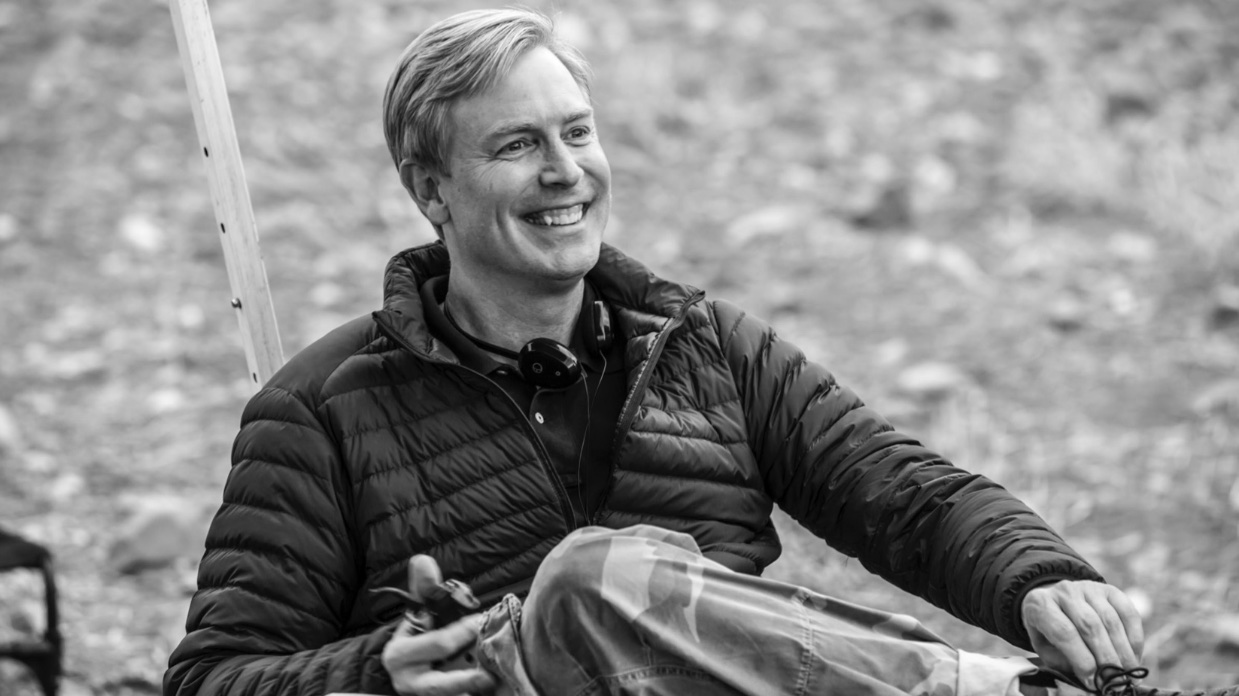 Jeff Sharp on the set of The Yellow Birds (Photo: Michael Benabib)

Independent Filmmaker Project (IFP), Filmmaker‘s publisher, announced today Jeffrey Sharp as its new Executive Director. Sharp, as longtime Filmmaker readers will know, is a veteran producer whose credits include Boys Don’t Cry, You Can Count on Me, Evening and The Yellow Birds. He was also co-founder and President of Open Road Media, a pioneering digital publishing company that has an early innovator in the book space. Sharp’s non-profit experience comes from his role as co-founder and Chair of the Hamptons International Film Festival Advisory Board, and his most recent producing work with his Sharp Independent Productions has focused on productions between U.S. and today’s all-important China market.

In his position at IFP, Sharp follows Joana Vicente, another producer, who led the organization for eight years and departed to become executive director and co-head of the Toronto International Film Festival.

IFP co-Chairs Anthony Bregman and Jim Janowitz said, “We are delighted to have Jeff join IFP as its leader. His credentials and background are a perfect fit with our organization. He has developed and produced prestigious independent films. He has extensive non-profit experience as a co-founder and Chair of the Hamptons International Film Festival Advisory Board. He has experience in related fields such as publishing and digital innovation.  He has built successful companies. He has broad contacts across foundations, arts organizations, and government.  He has a stellar reputation among his peers. Among a strong group of candidates, Jeff stood out, and we are excited to bring Jeff on board to lead IFP into its 40th year and beyond.”

“I am tremendously honored to be joining the IFP as its new Executive Director,” said Sharp. “IFP has had an enormous impact on the independent film industry in New York and around the world for the past forty years. I am excited to begin working with the talented IFP team, IFP members and alumni as we continue to explore new opportunities and expand on Joana Vicente’s remarkable legacy.”

Jeffrey Sharp is an award-winning film and TV producer. Jeff and John N. Hart, Jr. formed Hart Sharp Entertainment in New York in 1996 where they developed, financed and produced a series of Academy Award® and Golden Globe® nominated and winning films such as Boys Don’t Cry, You Can Count on Me, Nicholas Nickleby and Proof.  Additional feature films included Dark Harbor, A Home at the End of the World, Lift, The Night Listener, PS, Evening and Revolutionary Road. Jeff and John were also partners in Hart Sharp Video where they released a series of notable documentaries including Super Size Me.

In 2009, Sharp co-founded the digital publishing and marketing company Open Road Integrated Media with former HarperCollins CEO Jane Friedman and served as its’ President. In 2013, he co-founded Story Mining and Supply Co. with Jim Kohlberg serving as President and CEO.   The company produced the TV show Outlander (Starz) as well as feature films The Yellow Birds (Warner Bros./Saban Entertainment), UFO (Sony Pictures) and the upcoming production of The Fence (Fox Searchlight). Sharp formed Sharp Independent Pictures in partnership with GEM Pictures in 2016 to develop, finance and produce feature films and TV shows for the US and China co-production market. Sharp Independent productions include: My Other Home (Huayi Bros); hit TV show Wonderful Life for Tianyi Film & TV Co. as well as the current China $300 million box office hit Crazy Alien.  Upcoming projects include The Great Banquet and The Baccarat Queen.

Sharp is a member of AMPAS (The Academy of Motion Picture Arts and Sciences), BAFTA (British Academy of Film and Television Arts) and the PGA (Producers Guild of America). Sharp won an Independent Spirit Award for Best First Feature for You Can Count on Me, was nominated for a Golden Globe for Nicholas Nickleby, and was honored with the Andrew Sarris award in 2005 from the Columbia University School of the Arts for his contribution to independent cinema in 2005. Jeff was a founding member of the Hamptons International Film Festival in 1993, where he continues to serve as Chair of the Advisory Board.  Sharp graduated with a BA from Colgate University  and an MFA in Creative Producing from Columbia University.

Sharp will succeed Joana Vicente who previously served as the Executive Director of IFP for 8 years. The IFP Board of Directors selected Sharp after a nation-wide search which was conducted by Korn Ferry.

I’ve known Jeff for quite a while, going back to his work as a producer and cofounder of the production company Hart Sharp, which was behind some of the most important films for this magazine and our readers in its early days, and I’m excited to welcome him to IFP.