BRUCE!!!!: How a Special Ed Teacher Scored a Nationwide Release for his Independent Film 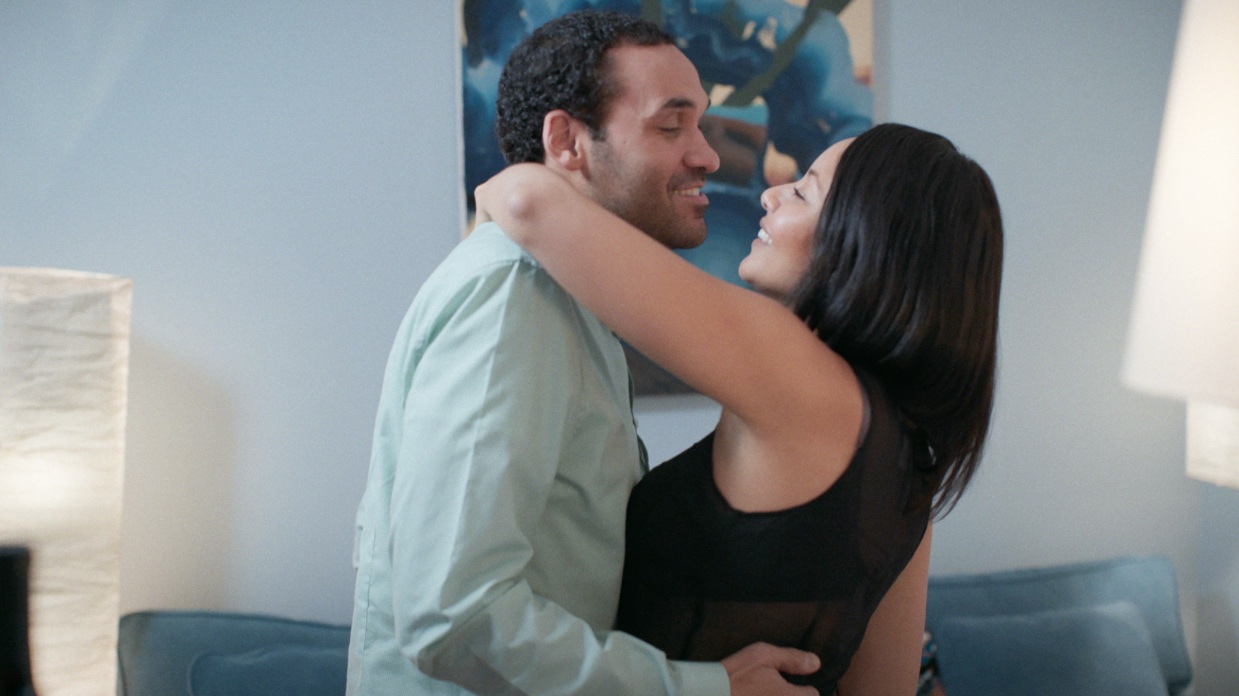 by Eden Marryshow
in Distribution, Filmmaking
on Mar 17, 2019

I was a paraprofessional (teacher’s assistant) at P256Q in Far Rockaway, Queens for 10 years working with at-risk youth. I loved my job! On Wednesdays, I would work half-days and go to Brooklyn College where I was studying film. Like clockwork every Wednesday as I was leaving, one of my eight-year-olds, Latina “Peanut” Bilbro, would ask me if I was “…going to make movies and be famous someday?” Reluctantly, I’d say yes, and she’d always reply with, “I believe you, Marryshow.” Years later, Latina was killed in a drive-by shooting. It was a week after her 18th birthday. She had her whole life ahead of her. And then… she didn’t. When I saw her in that casket, I made a promise to her: that I would follow my dream for the both of us. I would make sure that the world knew her name and knew she was here and that she mattered. I told every kid I worked with at P256 that dreams are real and are meant to come true. But, how could I keep saying that if I didn’t go after my own? So, I gave up my pension, my health coverage, my security and started my Hero’s Journey.

I did a bunch of odd jobs after I left the Department of Ed. After they all flamed out, I started to sell a movie I made for $300 with friends and family, This Thing Called Love, in the streets of Brooklyn out of my 1993 Ford Econoline Conversion Van. We took the 27” flatscreen TV out of my bedroom every day, hooked it up to a car battery, and would play the trailer while we held the TV in our hands to get attention. One of the spots we posted up outside of was The Magic Johnson AMC Theater on 125th during the Urban World Film Festival. I remember looking through those glass doors, dreaming that a film I made would be playing there some day. We sold 3,000 copies of This Thing Called Love, supplemented my income for about a year until the crash hit in the summer of 2008. Sales dried up. That was a gut punch.

In the following months, I made the decision to truly work on my craft. As a New Years resolution I joined a scene study class I found online: Bruce Ornstein’s Acting Workshop. I was searching for my artistic tribe. There I met a group of people that would become lifelong friends. I met my life partner, Cesa Pledger, and I met Jesse Wakeman who would go on to be my writing partner for BRUCE!!!!

We sent around a first draft that we wrote. 143 pages. A few friends ripped it apart. That discouraged us so we gave up.

Years later, I wrote a screenplay with Charles C. Neal III called Peanut (dedicated to Latina’s memory). We had some meetings set up in L.A. I was really excited to go out there and make things happen. It was my time. All the meetings got cancelled. Every. One. I called Cesa and she said, “Why don’t you make BRUCE!!!!?” I had the idea at the same time. I don’t believe in coincidence, and I always follow my goosebumps no matter how scary.

I went home and put, “Hittin’ Thirty” (BRUCE!!!!’s original name) on my Vision Board and surrounded it with the two festivals I desperately wanted to be a part of, Urbanworld and American Black Film Festival. (In 2003 I met my childhood idol Robert Townsend at ABFF and submitted two films – both got rejected.) I also added the Netflix and AMC logo under Hittin’ Thirty. I imagined it on the Big Screen.

I called a bunch of my closest acting buds. We all met at the Maggie Flanigan Studio, where I continued my training. We’d been meeting weekly for two years for Dream Big, Go Hard! For two hours we’d support each other, celebrate our dreams, successes and more importantly our failures. We read the script — 143 pages of it. It was still a first draft. I told everyone we start shooting in less than a month. I knew I could let myself down, but I wouldn’t do that to my friends.

We had no money and a three man crew: myself, Juan Carlos Borrero (DP), Sasha Lewis (Swiss Army Knife, who had a bunch of equipment.) We jumped into production, and we had fun the whole time.

In the BRUCE!!!! credits you’ll see 30 something 2nd AD’s because everyone that came on set was getting another job. True community film making. When you don’t have the money, you have to be creative. What we did have was a group of people who loved each other and wanted to do something special… together.

Gene Pope, who plays Bruce’s dad, asked to see some dailies. After seeing the footage he put up the money for all of post-production. Miracle? Yes. But, miracles can’t happen with out action and faith. Action: Jumping off the cliff. Faith: Hoping that something catches you or you have wings.

I remember sitting on my bed next to Cesa, talking to my mom. An email popped up on the screen: programming@ABFF. My mom’s voice instantly turned into Charlie Brown’s teacher. I went silent. Cesa tells my mom, “We got into ABFF!”

ABFF’s Awards Ceremony was on Father’s Day but I refused to call him until we found out. I remember the host saying, “Grand Jury Prize: Best Director” — and I blanked. I looked at the screen: Winner, Eden Marryshow – BRUCE!!!! I walked on stage, phone in hand, dialing. My father picked up; I kept saying, “We did it, Daddy! We did it.” I could hear him tearing up. I was balling. Lester, the presenter from Cadillac, was nice enough to hold the phone so my parents could hear my speech. Peanut was there, I could feel her. I made sure the audience knew who she was. Just like Obi-Wan. She was there every step of the way.

Next, we get a Film Freeway notification from Urbanworld: Congratulations! Days before my birthday we are in my hometown on the other side of those glass doors at the AMC on 42nd street. Damn near 400 people — there to see BRUCE!!!!

From there we submitted to Sundance, Slamdance and SXSW. Rejected, rejected, rejected. I posted every rejection letter on social media. Failure is important to me and should be celebrated. I knew BRUCE!!!! was good enough so we created #Crashdance. Using lessons I learned selling movies on the street, we rented a van and drove folks around those festivals for free while playing BRUCE!!!! on a 32” screen. In the van.

AMC was always on my mind. I told everyone we would get a theatrical release. More than once I was told I was dreaming too big. Giving me insight to how the industry works. Asking how I was going to do it. I didn’t know how, because it hadn’t happened yet. Knowing how wasn’t my job. I had to focus on the vision and doing.

At ABFF 2018, my dear friend Donna Augustin’s film Bodega (which I acted in) was an official selection. She couldn’t make it for the CAA Creators Summit and asked if I wanted to represent the film in her place. An executive from AMCindependent was there. I introduced myself as last year’s winner and told her that we were looking for a theatrical release and that AMC was on my vision board, so it was destiny. She laughed and said submit BRUCE!!!! to the program. So I did. While we waited for a response, we were working out digital distribution deals. We kept doing, but held onto the vision of BRUCE!!!! on the big screen. The day before we were to finalize a VOD deal I sent one last email to AMC…

The roads to our dreams are paved with failure. Keep Dreaming Big, and Going Hard! Peanut, we’re out here gettin’ it! Love you and miss you.